Thanks to the efforts of Masayuki, Oji, Natasha and Mirra, Unspeller is now available in Japanese and in Russian. Click on the links to read the language-specific introductions. 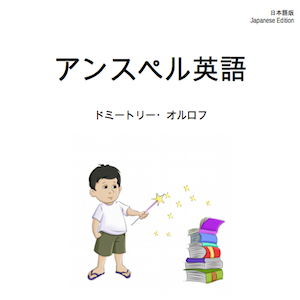 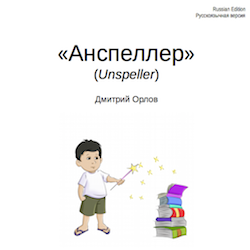 
We are looking for translators/proofreaders/editors for the following languages: Chinese (traditional and simplified), Korean, Vietnamese, Farsi, Arabic. If you are proficient in one of these languages, please consider volunteering.

English is the most commonly used international language in the world, and for every native English speaker who struggles with English spelling, there are at least ten who come from some other linguistic background. Over a billion people around the world are studying English, and for most of them their efforts will turn out to be a complete waste of time: they will memorize how to read and pronounce a few words, and then forget them, because what they are being taught is not a language but a code.

Recently, the Chinese have moved to remove English from the list of subjects on which applicants to higher education are tested. This is being done in recognition of the fact that the Chinese students who study for the English exam are not learning a language but simply memorizing patterns of Latin characters (which they then quickly forgot). But studying English using Unspell is not a waste of time, because Unspell records the actual sounds of the living, spoken language, not some random, ancient and corrupted orthography.

To learn to read unspelled English, all a non-English-speaking student has to do is:

1. Memorize the English names of a handful of animals. This can be done using this online tool.

2. Purchase a copy of Unspeller in their native language and work through it. This adds up to a few days of effort.

The student then gains the ability to read any arbitrary English text, correctly pronouncing every word, provided this text has been unspelled. And the intent is to eventually unspell all English text, since this is just a matter of running it through software.