A Senator Masquerading as a Gas Station 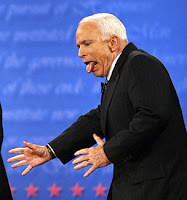 John McCain is dead, and many people are celebrating whereas they should be sad. He wasn’t a friend of mankind—he was its enemy, but a really bad one. But with such grossly incompetent enemies—who needs friends?

McCain did a great deal to destroy America. He devoted his entire lifetime to American destruction. To start with, he was quite effective as a protester against America’s genocidal war on the people of Vietnam. Other Americans just marched around ineffectually, waving banners and shouting antiwar slogans, but not McCain! His own father had a lot to do with starting that war, but McCain made up for that by destroying 26 American war planes. That’s quite something! If every American flyer crashed as many planes, countless innocent lives would have been saved. 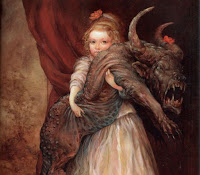 There is no denying that much of what makes us human is our irrationality. Take it away, and we become bags of chemicals ruled by electrical impulses and hormones. Some of our irrationality is simply random or downright stupid, but much of it is organized around specific schemes of reality-defying magical thinking. We have learned, over time, to keep our propensity for magical thinking somewhat under control in certain areas, but it can never be eliminated entirely. Even in such technological realms as nuclear energy, we magically think that it is possible to contrive a set of operating procedures such that nothing will ever go seriously wrong, giving us important events such as Chernobyl and Fukushima.

There are a lot of behaviors being exhibited by those in positions of power in the US that seem disparate and odd. We watch Trump who is imposing sanctions on country after country, dreaming of eradicating his country’s structural trade deficit with the rest of the world. We watch pretty much all of US Congress falling over each other in their attempt to impose the harshest possible sanctions on Russia. People in Turkey, a key NATO country, are literally burning US dollars and smashing iPhones in a fit of pique. Confronted with a new suite of Russian and Chinese weapons systems that largely neutralize the ability of the US to dominate the world militarily, the US is setting new records in the size of its already outrageously bloated yet manifestly ineffectual defense spending. As a backdrop to this military contractor feeding frenzy, the Taliban are making steady gains in Afghanistan, now control over half the territory, and are getting ready to stamp “null and void,” in a repeat of Vietnam, on America’s longest war. A lengthening list of countries are set to ignore or compensate for US sanctions, especially sanctions against Iranian oil exports. In a signal moment, Russia’s finance minister has recently pronounced the US dollar “unreliable.” Meanwhile, US debt keeps galloping upwards, with its largest buyer being reported as a mysterious, possibly entirely nonexistent “Other.”

When Truth Becomes the Enemy 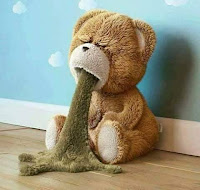 In recent times, people around the world, especially in Russia, have been surprised to discover that Americans appear to have lost their minds. For more than a year, ever since the last presidential elections, they have been waxing hysterical over some sort of horrible Russian meddling. At first, it was supposed to be an effort to influence the outcome of the election. After an interminable investigation failed to yield any evidence, the charge was reformulated more vaguely: as interference in the American democratic process. They couldn’t explain what that means, but it sure sounded serious! And then they couldn’t substantiate any of these claims either. Time to reformat the charge again, this time claiming that “the Russians” (the term now used as a sort of racist epithet) are exploiting social media to incite violence or unrest in the US. They can’t be serious! Or can they?

Something happened recently that made me feel like a bit of an endangered species. A set of transnational internet companies, including Google, Facebook, Apple and several others, all synchronously removed content belonging to infowars.com, which is run by Alex Jones. Such synchronicity is a sure sign of conspiracy—something that Alex Jones harps on a lot.

The Coolest Substance on Earth

It is August, and the northern hemisphere is engulfed in flames. A major conflagration in Greece caused major damage and loss of life; Portugal is ablaze once again; there are uncontained wildfires in Ontario, California and elsewhere. In France, four nuclear reactors have been forced to shut down due to high heat and low water (they are cooled by river water). In a number of regions, entire harvests of cash crops are being lost to droughts. Throughout Europe, tourists are wading into fountains in a futile attempt to keep cool. Many places in Europe, which is experiencing the longest heatwave in 45 years, have broken their all-time temperature records, while overall 2018 is slated to become the fourth hottest year on record.

Under such circumstances, there is only one thing for me to do. I want to do what I can to help everyone cool down. To this end, here is an article about a very cool substance, which I hope will make you feel cool—in more ways than one!

A Retreat into Bad Poetry 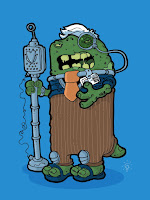 It's been over two weeks since Putin talked to Trump in Helsinki, and the hubbub around this meeting has died down somewhat, making it possible to put together some thoughts on what on Earth that all was. Obviously, there was a lot for these two heads of state to discuss, just to keep the international situation from spinning out of control, and perhaps they did. And, equally obviously, the one thing that these two couldn’t have possibly done is prevent the political situation within the US from spinning out of control.