Back in my halcyon days of youth I went to some anti-war demonstrations, not to protest against the first Gulf War, since I could already see that such protest would turn out to be futile, but to pick up women. Sure, I shouted “No war for oil!” as loud as I could, but that was just my mating call. Even in those salad days of yore I was already smart enough to know that “No war for oil!” was a spectacularly stupid thing for us to be shouting. “We want to die!” would have been equally dumb. What would North Americans, with their own reserves badly depleted, but with their car-dependent suburban sprawl still sprawling, do without oil stolen from some unlucky country? Crawl slowly toward the nearest gas station and expire from exhaustion along the way? But we aren’t dead just yet, so let’s crawl back down the memory lane and see how this situation came about, then crawl back to see where we are today.

Once upon a time the USA was a remarkably oily nation, with prolific oil wells such as the renowned Spindletop in East Texas. Juvenile USAnians competed against each other on who could burn the most rubber while getting the shittiest gas mileage. I caught the tail end of that failed experiment: my first car was a monstrous, hulking land yacht: a ’68 Chevrolet Caprice. In 1970 a phenomenon called Peak Oil arrived in the US, oil production fell and drastic steps became necessary. One of them was to convert from a “take our dollars or our gold” scheme to a “take our dollars or else” scheme: if you don’t like dollars, we also have bombs. Another was to start going directly after the oil wherever in the world it is found and trying to take it without paying for it. But all things, good and bad, must come to an end eventually, and free oil is no exception. In fact, what we may be witnessing at the moment is a phenomenon I wish to call Peak Free Oil.

Two days ago Vladimir Putin delivered his annual address before the Federal Assembly of the Russian Federation, and since then I have received a flurry of emails and comments from people asking me to explain what he meant. I don’t want to make assumptions about the depth of your interest in Russian affairs, and so, to save you time, let me start by providing a very short executive summary: Putin will step down as president after his current term, which will end in 2024 unless an early election is held, but the system he has put in place will stay in place. Essentially, life after Putin will be more Putin under a different name. If that’s all you care about, you can stop reading now.

To delve deeper, we need to draw a distinction between Putin the man and the system of governance he has built over the past 20 years. There is always plenty to complain about, but overall it has been quite effective. During Putin’s period in power, Russia has solved the problems of separatism and domestic terrorism, reigned in the predatory oligarchy, paid off virtually all of its foreign debts including ones it inherited from the USSR, grew its economy by a factor of six (vs. China’s five and USA’s one), regained Crimea (which had been part of Russia since 1783), rebuilt its armed forces to a point where international security is no longer a major concern, and achieved an overall level of societal well-being that is unparalleled in all of Russian history. 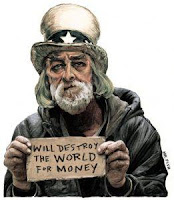 [Nueva década, nuevas reglas]
Decadal boundaries are arbitrary things untethered to any physical phenomena other than the usual boring changing of the seasons. But just two weeks into the new decade the atmosphere seems different from the past decade, and it has been difficult for me just to keep up with the sweeping changes that are taking place, never mind analyze them. Yet write I must, because not only is the mass media completely useless at best and harmful at worst, but also even the more enlightened and independent-minded commentators seem mired in paradigms that are out of date and reliant on invalidated political and economic assumptions. This prompts me to step into the breach and try to set things straight.

Here is a quick list of what’s new so far this decade:

Donnie Walks off the Reservation 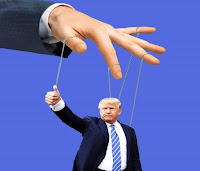 Until now, Donnie Trump, Putin’s man in Washington, has been more or less doing as he has been told. Since he is due to be reelected later this year, now is a good time to evaluate his performance so far, and I am sure that his Kremlin report card shows his overall grade as “acceptable.” Here are some of his most notable achievements, listed in no particular order:

• He has steered trade negotiations with China into a cul de sac where the Chinese basically do whatever they want while the US pays them ever more for the privilege of importing their products. So far, his “art of the deal” has only driven up Chinese imports, along with the trade deficit, and there is no reason to think that this will change.

• He has pushed the already wobbly Federal Reserve into another cul de sac: it can’t raise interest rates without bankrupting lots of US companies and crashing the stock market, and it can’t lower them without triggering a bond crisis and crashing the US dollar.

• His erratic pronouncements on the uselessness of NATO have turned them into a self-fulfilling prophesy, to a point where Turkey is now a NATO member in name only while the Ukraine, which has stupidly written the goal of NATO membership directly into its constitution, is now reduced to crying over spilled ink.

• He has cleverly used the Syrian Kurds to demonstrate to the world the value of US friendship by throwing them under Syrian tanks at a moment’s notice while giving them the option to surrender to the dread Syrian dictator Bashar Assad (which they did).

• He has cleverly subverted his own slogan “Make America Great Again,” reinterpreting “America” to just mean “the stock market”—which is indeed great, at the moment, but can become not at all great moments after somebody somewhere flips the wrong switch.

• He has masterfully played to the ancient horrors that haunt the US constitution, driving a wedge between the liberal and populous Blue states and the mostly empty conservative Red ones, where the Reds get the Senate, the Executive and the Supreme Court, the popular vote be damned, while the Blues get the consolation prize of a madhouse House of Representatives.

• And throughout, Donnie has been able to maintain plausible deniability, like a good Russian agent should, causing his political enemies to make fools of themselves and develop aneurisms while passing toothless impeachment resolutions.

Given this legacy of success, Donnie can easily coast to reelection, then sit pretty for another four years, watching the country burn, tweeting sporadically to clean up on insider trading (legal if you are Prezz) and playing plenty of golf.

But lately there has been trouble in paradise.

Predictions for the 2020s 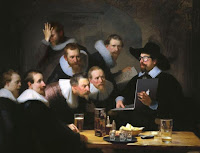 While many commentators see it fit to publish their predictions for the year ahead, I find a single year to be too fine-grained for any meaningful forecast. For me, plus or minus five years is about the right size of the error bars to place on any prediction with regard to timing, making it possible to time any major change to within a couple of decades. And it just so happens that another decade has gone by since I published my last set of predictions for the United States in the 2010s and it is therefore time to come up with a new set, for the 2020s.

My last set of predictions worked out moderately well. Although in some cases the process has not run its course, the trends are all unmistakable and the processes I outlined should be expected to continue and in some cases to run to completion within the new decade. But this time around I will attempt to make more specific predictions.