The Saker: How would you assess the current situation in the Ukraine in terms of social, economic and political collapse?

Dmitry Orlov: The Ukraine has never been viable as an independent, sovereign state and so its ongoing disintegration is to be expected. The applicability of the concept of collapse is predicated on the existence of an intact, stand-alone entity capable of collapse, and with the Ukraine this is definitely not the case. Never in its history has it been able to stand alone as a stable, self-sufficient, sovereign entity. As soon as it gained independence, it just fell over. Just as the Baltics (Estonia, Latvia, Lithuania), it had reached its peak of economic and social development just as the USSR was about to collapse, and it has been degenerating and losing population ever since. Thus, the right model for discussing it is not one of sudden collapse but of steady degeneration and decay.

The Ukraine’s territory was stuck together by the Bolsheviks—first by Lenin, then by Stalin, then by Khrushchev. It was Lenin who lumped in its eastern regions (Donetsk and Lugansk specifically) who previously were part of Russia proper. Stalin then added eastern lands, which were at various times Polish, Austro-Hungarian or Romanian. Finally, Khrushchev tossed in Russian Crimea in a move that was unconstitutional at the time, since no public referendum had been held in Crimea to decide this question as was required by the Soviet constitution.

A presidential election was recently held in the troubled land known as the Ukraine. Some people are waxing hopeful that thanks to having a new president the Ukraine can now finally be put on the mend, get serious about fighting corruption and reverse its slide into destitution and crime. Others see this as an optimization, of sorts, of the existing oligarchic order: instead of having an oligarch (Poroshenko) as president, it is cheaper to have an oligarch’s personal pet (Zelensky) as president, because why should a self-respecting oligarch (Kolomoisky) have to bother with elections.

The Ukraine is interesting for me because it makes such a wonderful case study in collapse: it has been collapsing ever since it gained independence from the USSR. It’s a curious case, because its peculiar congenital disorder has rendered it morbid, and without an external life support system such as the USSR (which is, thankfully, over) or the European Union (good luck with that!) all the Ukrainians are ever likely to do is cannibalize their country until nothing of it is left. Rather than collapse as an event (after which recovery is theoretically possible) what we have in the Ukraine is collapse on rails—an inexorable, systematic hollowing-out and pauperization.

Still, I believe that this last presidential election marks a turning point of sorts for the Ukraine. We should fully expect a great deal of continuity: the oligarchic rule, the widespread corruption, the population loss, the mass impoverishment and the infrastructure decay. Although things that can’t go on forever don’t, in this case they can probably go on for a while yet. But due to the force of external events we should also expect certain discontinuities to occur sooner rather than later.

The Martyrdom of St. Julian

He is a towering figure outside of Australia as well. While other Western journalists run around trying to please their owners, sell advertising space, or struggle to avoid getting banned by the all-seeing eye of social media corporations, Assange has been both principled and fearless. Through his media outlet Wikileaks he has laid bare the dirty secrets of the US State Department and the war crimes of the Pentagon, corporate malfeasance and political corruption, hanging out for all to see the dirty laundry of many powerful and influential people. This made him a cause célèbre: Time Magazine pronounced him Man of the Year and he received human rights awards, standing in the same pantheon as Nelson Mandela and the Dalai Lama. But such are the vicissitudes of fortune that now he is being martyred—a sufferer for the truth, unjustly accused and persecuted by a doomed race of inveterate liars.

The Five Stages of Collapse of The [Western] Roman Empire

This is a guest post by Hugo Bardi. He has applied my collapse taxonomy to the collapse of Western Roman Empire, and his analysis shows that the canonical collapse cascade of financial–commercial–political–social–cultural collapse did operate as expected in yet another, particularly famous case. But it does raise a question that has great significance for our time. Hugo’s analysis is accurate when it comes specifically to Old Rome and its collapse except for a crucial detail. Old Rome didn’t just collapse; it was abandoned; then, two centuries later, it disappeared. I’ll include some comments about this at the end of Hugo’s article.


Dmitry Orlov wrote "The Five Stages of Collapse" as an article in 2008 and as a book in 2013. It was an original idea for that time that of comparing the fall of the Soviet Union with that of the United States. Being an American citizen born in Russia, Orlov could compare the two Empires in detail and note the many similarities that led both to follow the same trajectory, even though the cycle of the American Empire is not over, yet.

One of my old friends' father was at one time something of a Cold Warrior: he did something or other for the US defense establishment—nuclear submarine-related, if I recall correctly. This work activity apparently led him to develop a particularly virulent form of Russophobia; not so much a phobia as a pronounced loathing of all things Russian. According to my friend, her father would compulsively talk about Russia in overly negative terms. He would also sneeze a lot (allergies, perhaps), and she said that it was often difficult for her to distinguish his sneezes from his use of the word "Russia" as an expletive. But perhaps she was trying to draw a distinction without a difference: her father was allergic to Russia, his allergy caused him to sneeze a lot and also to develop a touch of Tourette's, thus his sneezes came out sounding like "Russia!"

What had caused him to develop such a jaundiced view of Russia? The reason is easy to guess: his work activity on behalf of the government forced him to focus closely on what his superiors labeled as "the Russian threat." Unfolded a bit, it would no doubt turn out that what Russia threatened was Americans' self-generated fiction of overwhelming military superiority. Unlike the United States, which had developed any number of plans to destroy the Soviet Union (of which nothing ever came due to said lack of overwhelming military superiority) the Soviet Union had never developed any such plans. And this was utterly infuriating to certain people in the US. Was this truly necessary, or was this an accident? 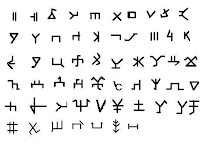 Is the USS Ship of Fools Taking on Water?

It certainly appears to be doing so, and the rate is accelerating. Having spent the last three weeks at an undisclosed location away from the internet has allowed me to observe the increase in its rate of sinkage. There was wifi at the airport and I downloaded three weeks' worth of articles, which I read on the long flight back to civilization. What I read came as a bit of a shock, especially after three weeks of nothing but surf, sea birds, crabs scampering about and lots of happy, friendly people who couldn't possibly care any less about the US.

For some time people have been telling me that I should watch the movie Idiocracy because it shows what the US is turning into. Well, I am not sure that a move about idiocy can avoid being idiotic, so I'll pass, but there is a definite increase in the level of stupidity displayed by those who are part of the US establishment. This shouldn't come as a surprise; after all, why would anyone possessed of wisdom and integrity want to have anything to do with it by this time? Points of extreme stupidity—so stupid it hurts to watch—are all around us at the moment. Let me point out a few important ones.