Lots of questions on the magic building material I mentioned at the end. It's called arbolite. Another example of crazy Soviet engineering that deserves a second look. 5 buckets of wood chip to 2 kilos of cement, 2 kilos of stone dust (from making crushed stone), just enough water to wet it through, liquid soap enough to break surface tension, any one or several of a number of common chemicals to bind the sugars in wood that interfere with cement curing. Mix, pour, tamp down. Looks ugly (but holds plaster beautifully, preferably sawdust plaster with some lime and just a bit of cement), has thermal characteristics very close to those of solid wood, a specific weight of around 0,7 (so it floats), doesn't burn or rot, nothing will eat it, strong enough to hold up 3 floors and a roof. Not a good material for taller buildings unless a frame is used. Great filler for post-beam-and-filler (e.g., Fachwerk) architecture. Except for cement the materials are all free (better than free if you get paid to haul them away). Can be drilled and sawed easily, holds nails. Unlike brick and other types of masonry, doesn't crack and can take a ridiculous amount of distortion before failing. Sledgehammer blows produce a dull thud and make it shrug. Great stuff, highly recommended. A total redneck lifehack (don't repeat that too loudly!). Email me if you want to give it a try.

Why Trump was bound to fail 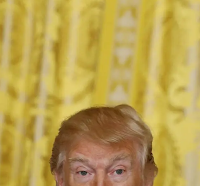 American society is at this point so polarized that the vast majority cannot see a thing—any thing—for itself. They can only see each thing from the right or from the left, and so all they can see is what it looks like from the right or the left, not what it actually is, because to see that they would have to soar above it—above politics, that is. But if I were to tell you that I can soar above politics and give you an eagle's eye view of Donald Trump's presidency, you would be quite reasonably suspicious of my own political biases, whether conscious or not. To get around this problem, what I will present is a view of Donald Trump's presidency from the vantage point of one of America's enemies—of those that America has publicly singled out as its enemies—namely, Russia. Russian analysts—the ones I particularly respect, being a very choosy connoisseur of Russian analysts—tend to see Trump as a useful idiot. They are somewhat disappointed that Trump turned out to be insufficiently useful and a bit too much of an idiot.

This is interesting but not too important; Trump's presidency is over, Trump's (second!) impeachment trial is over, and waiting for the outcome of future criminal cases alleging that Trump led an insurrection is like waiting for the cat to catch the last mouse. But Trump's movement, his followers and supporters, have not gone anywhere, and given the non-negligible likelihood that the Biden administration will turn out to be a much larger disaster than Trump's was, we may yet live to see a Trump 2.0 and a Trump 3.0 and so on, none of which, according to my favorite Russian analysis, will work any better for a whole set of well understood reasons. Do you want to know what they are? Well, then, read on!

[on Patreon] [on SubscribeStar]

The Great Reset as a Suicide Pact 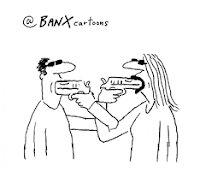 The recent virtual meeting of the world's richest at Davos made quite a bit of noise. In the run-up to it the perennial fluffer of plutocratic egos Klaus Schwab published a very short book about what he's been calling The Great Reset. It has given rise to catchy slogans such as "You’ll own nothing... and you’ll be happy about it." One of the people invited to speak at this meeting was Vladimir Putin. What he said put people in a state of shock. "But what about Europe?!" Schwab cried out plaintively as soon as Putin finished speaking. "Mr. Putin, will Russia save Europe?!" "Possibly," said Putin. Of the assembled worthies, 80 immediately signed up for a closed conference with Putin to find out how to get in on that. After taking all of this in and letting it simmer in my brain-pan for a couple of weeks, I believe I now understand what the Great Reset is: it is an oligarchic suicide pact. Please allow me to explain...