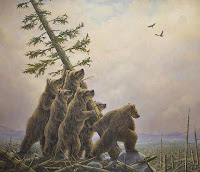 Almost a decade ago I wrote an article in which I defined the five stages of collapse, defined as inflection points at which faith in key aspects of the status quo is shattered and a new reality takes hold.

It is useful to have a taxonomy of collapse, even if it’s a tentative one. Treating collapse as one big ball of wax is likely to cause us to believe that everything will melt down all at once, and, barring certain doomsday scenarios, which are probably not even useful to consider, this is probably not a realistic or a helpful approach.

Also, one big ball of wax is not what we have been observing in the years since I wrote that article. By now, the Earth is a petri dish populated with various strains of collapse—or a collapse soup, if you will. It is an open-air collapse laboratory running many uncontrolled collapse-related experiments at the same time. Perhaps, if we observe carefully, we can learn to discern the various stages and to determine how they interact.

In this update on my February 2008 article, I tackle the issue of collapse mitigation: What can we do to avoid the various worst-case scenarios?

How would you like to build yourself a free place to live that doesn't take up land?
No comments:

A Walk in the Garden of Unintended Consequences 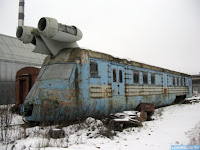 “Blow a horse in the nose, and it will swish its tail,” goes one saying. It’s a silly one, but it captures a common thought pattern: do A to achieve B. As we grow up, we learn many such thought patterns, and as adults we expect them to continue working. We don’t necessarily know why they work. We don’t have time for complicated explanations and rationalizations; but we do know that they work. A time-saving approach is to simply try them and see. Do they still work?

And then there is a thought pattern that work at a meta-level: use any given trick too many times, and it will stop working. Blow a horse in the nose too many times, and it will will bite or kick you. “Too much of a good thing is a bad thing,” one might say. This is something else that we learn growing up, and it tempers our enthusiasm as adults for pushing things too far. Very interestingly, this only works at the level of the individual or the small group; as societies, we always push things too far—to the point when they stop working.

A Boat for the Reluctant Sailor A couple of days ago I conducted an interesting social experiment. I joined the largest Facebook group dedicated to sailing a cruising, and started a discussion thread about QUIDNON:

“Looking for some advice from group members. For the past two years I have been working on a boat design with two other engineers. It is a 36-foot houseboat, with private accommodations for 3 couples and 2 single people. It is also a surprisingly seaworthy and competent sailboat. We've tested a radio-controlled scale model and it sails really well. Now we are looking forward to building the first full-size hull. It's going to be a kit boat, featuring high-tech manufacturing and rapid DIY assembly. Don't hold back, what do you think?”

The results were roughly as follows:

A few days ago, on May 9th, Russia celebrated the 72th anniversary of its victory in the Great Patriotic War, or, as it is known in the West, World War II. All but unnoticed in the West, this is a very big deal in Russia. All elements of the parade, the speech, the music—the iconography—are by now beautifully polished. It is a key ritual of Russia’s state cult. Its religious nature is manifested by Minister of Defense Sergei Shoigu, who, emerging from within the walls of the Kremlin standing in a classic Soviet-era limousine, makes the sign of the cross: if you are still stuck in the frame of “godless communism,” you need a rethink. Although the parade is a display of military might, unmistakable in the collection of modern military hardware that rumbles through the Red Square, the overall message is one of peace. “Russia has never been defeated, and never will be” is the overarching message. And although Russians want to be recognized for their tremendous sacrifice in pursuit of victory, they see this victory as everyone’s: everyone—even the Germans—benefited from the Soviet destruction of a perfect evil in the form of Nazi Germany’s genocidal machine.

Olduvai on the Dnepr

I have been in the collapse prediction business for over a decade now, with relatively good results overall. One aspect of predicting collapses that remains troublesome is their timing. The reason why it is troublesome is well understood: collapse is a sort of phase transition, and phase transitions are notoriously difficult to time with any precision. It is also nearly impossible to establish what has triggered any one of them. When will a raindrop of supercooled water suddenly turn into a snowflake? Only the snowflake knows. What triggered the collapse of the USSR? If you too have an opinion on the matter, please stuff it. Thank you.

Another aspect of my method that could be improved is its lack of quantitative rigor. I have been able to make a great number of fairly accurate qualitative predictions, all of them based on reasoning by analogy. For example, after observing the collapse of the USSR and its immediate aftermath, then imagining, using thought experiments, how it would map onto the collapse of the USA, I was able to formulate something I called Superpower Collapse Soup. Its key ingredients are: a severe shortfall in the production of crude oil, a large, systemic trade deficit, an oversized, bloated military budget, an outsized military incapable of victory, crippling levels of runaway debt and an entrenched, systemically corrupt political elite incapable of reform. During the decade since I came up with it, the events I have predicted have been unfolding with some precision. The USA has been steadily losing its economic and military dominance; it can no longer get its way in the world diplomatically; the last straw will be the loss of its financial stranglehold over the global economy.

It is fun and instructive to watch superpowers jostling for position and eventually collapsing, but that is just a backdrop to a far more important phenomenon that is starting to unfold with increasing speed: the waning of the industrial age. Here is another analogy: the idea that ten years from now most of the currently industrialized world will be clearly, obviously far along on the path toward deindustrialization seems just as outlandish now as the idea that the USA would rapidly lose its position as the world’s one remaining superpower seemed a decade ago when I first broached the subject.

But there is also an important difference: industrial activity is far more easily quantifiable than such matters as political and military dominance. In particular, Richard Duncan’s Olduvai theory provides a good guide to the upcoming events. Its longer name is “the transient-pulse theory of industrial civilization.” Its main idea is that the industrial age will span roughly a hundred-year period, from 1930 to 2030, with a peak somewhere near the middle. His prediction is that by 2030 industrial activity will decrease to 1930 levels.

Revenge of the Polite Men in Green

The US appears to be preparing for a nuclear first strike against Russia. It has installed ballistic missile defense systems in Poland and Romania, with the preposterous claim that they are there to protect Europe against nonexistent Iranian nuclear-tipped ICBMs. These supposedly defensive installations can also be used to launch nuclear missiles into Russia. And recently the US has placed its F-35 fighter jets in Estonia, which is just a few minutes’ flight from St. Petersburg, Russia’s second-largest city. These jets are capable of carrying nuclear payloads. Without any doubt, these steps have made nuclear war more likely, if only by accident.

There are two possible ways to view this aggressive posturing: as defensive or as offensive. Viewed as defensive measures, are they needed, and are they effective? Viewed as offensive measures, are they effective, and what will be the fallout (no pun intended)? And if the US were to engage in the extreme folly of attempting a nuclear first strike on Russia, what would be the effect of this folly, personally, on the aspiring American war criminals who would get behind such a plan? Should they be afraid—very afraid—and what precisely should they be very afraid of? Let’s take a look.