[This is a guest post from Howard. I reformulated his wager somewhat. I am not a betting man myself. I also consider those who bet against collapse to be a bad risk. But to each his own, plus I think Howard's collapse wager may have some didactic value in forcing people to think hard about collapse even as they steadfastly refuse to be disabused of erroneous notions they hold dear.]

On the evening on April 14th, 1912, was someone banished from the Titanic’s captain’s table for being so rude as to mention that the ship was sinking?

It troubles me deeply that bringing up the subject of immanent collapse is regarded as uncouth, while blithely talking about the satisfactory present and an ever-more-agreeable future is not seen as irresponsible denial. (“Forget about the lifeboats, and try some of this pheasant. It’s delicious!”)

On the Edge with Max Keiser 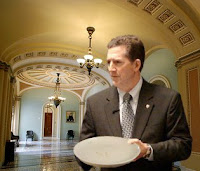 [Week Two of ClubOrlov summer vacation. Food prices are about to go through the roof because of the disastrous harvests. Meanwhile politicians here in the US are conjuring up ways to keep entitlements going with just two underemployed working-age people there to support each retiree. And so, it's time to recycle this post. See if you can guess what it's about.

And if you can't, then why don't you go out and take part in the Reverse French Revolution that's underway in the US. That's where revolting peasants do all they can to elect an aristocrat who will swindle them out of their savings even faster and lock up even more of them in the Bastille. And what makes these peasants so revolting is that they are all fat—from eating cake instead of bread, just as Marie Antoinette had suggested.]

I would like to sell you some hunger insurance. Are you insured against hunger? Perhaps you should be! Without this coverage, you may find it impossible to continue to afford feeding yourself and your family. With this coverage, not only will you be assured of continuing to get at least some food, but so will I. In fact, thanks to this plan, I will get to eat very, very well indeed. 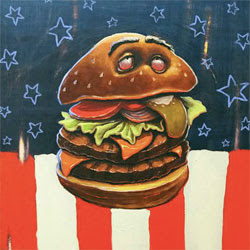 [ClubOrlov is on a much-needed vacation this week. In the meantime, if you haven't read it already, please read this. Originally published in March of 2010 as a bit of a long shot, this turned out to be one of the most widely read pieces.]

Another guest post. Translated from the Russian by Your Humble Narrator. It's a letter sent in by one young, once optimistic Russian who finds himself marooned in some blighted Boston exurb in southern New Hampshire.

I hope you don't mind that this is in Russian. I think that this way I can be more completely honest. I am a relatively recent graduate of one of the many faceless post-Soviet institutions of higher learning, with a degree in philosophy. Last year I moved to the USA and married an American woman.

The question of when the modern capitalist system is going to collapse has interested me since my student years, and I have approached it from various directions: from the commonplace conspiracy theories to the serious works of Oswald Spengler and Noam Chomsky. Unfortunately, I still can't fathom what it is that is keeping this system going.

Travel advisory: Starting in 2013, in many parts of planet Earth there will be too little food and too much political unrest to make them pleasant destinations.

Food is about to get very expensive everywhere: farming states in the US are living through the worst drought since the Dust Bowl; in Russia and Ukraine, heat waves and drought have produced similar results, with estimates for grain production down 30-50% from last year; in India, the critical monsoon rains are already down 22%.