[Update: The Five Stages of Collapse has finally been sent to the printer. May delivery is now guaranteed. Please place your order below.]

Quite a few people wrote to me over the past week asking about all the noise coming out of Cyprus. If you haven't heard, there is a financial collapse that is unfolding there: banks are closed and people can't get at their money. The Cypriot banks are insolvent. This is no surprise: all banks everywhere are insolvent, and would fail immediately were the various types of ongoing bailouts to suddenly stop. These bailouts include an ever-longer list of annoying financial jargon—liquidity injections, quantitative easing, toxic-asset-purchasing by central banks, accounting tricks such as “mark-to-fantasy,” which allows them to make bogus claims as to the value of their assets, yadda-yadda. The point is, the financial system failed in 2008, and stayed that way. The faulty formula behind all modern finance is debt raised to the power of time, and only works when there is exponential growth in economic activity and energy. Energy's exponential growth stopped in 2005 due to resource depletion; three years later finance collapsed. Permanently. Since then we have been witnessing a global game of “extend and pretend,” which cannot be played indefinitely. If something can't go on forever, it doesn't. 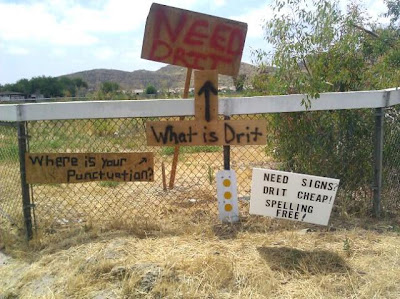 The book is going to press next Monday and, having edited it and proofread it and fact-checked it relentlessly for weeks now, I am in no mood to churn out another weekly essay. There are 30 thousand of you out there! Can't some of you write something interesting yourselves, for once? Just this once? Thank you!
40 comments:

The proliferation of defunct states

[Another excerpt from The Five Stages of Collapse.]

The triumph of the nation-state was made possible by the triumph of industry over artisanal production, especially in the area of weaponry. Industrialization gave the larger nations the means to produce vast quantities of war matériel, in turn giving them the impetus to homogenize and standardize the population by imposing a single language and educational system in order to be able to field a unified fighting force. The transformation was profound: at the time of the French Revolution only 10-12 percent of the French population could be said to speak French; in Italy the number of people who could be said to speak Italian was even lower. It allowed a handful of European nation-states to conquer the entire planet, before suffering the successive paroxysms of the two world wars. As they retreated, they did their best to carve up the planet into patches that, they hoped, would emerge as nation-states in their own right.
Read more »
18 comments:

Where There's No Government

Excerpt from The Five Stages of Collapse

Modern societies rely on the government to defend property rights, enforce contracts and regulate commerce. As the economy expands, so do the functions of government, along with its bureaucratic structures, laws, rules and procedures and—what expands fastest of all—its cost. All of these official arrangements show an accretion of complexity over time. Each time a new problem needs to be solved, something is added to the structure, but nothing is ever taken away, because previous arrangements are often grandfathered in, and because simplifying a complex arrangement is always more difficult and expensive than complicating it further. But socioeconomic complexity is never without cost, and once the economy crests and begins to contract, this cost become prohibitive. In the context of a shrinking economy buffeted by waves of escalating crises, an outsized officialdom comes to exhibit ever greater negative economies of scale, while the arduous task of reforming it so as to scale it down and simplify it cannot receive priority due to a lack of resources. In the best case, after a more or less chaotic transitional period, new, simplified and scaled-down official structures do eventually arise.