How to Fix the US National Defense Doctrine 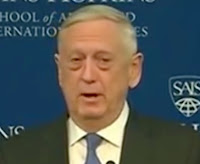 On January 19, 2018 General James “Mad Dog” Mattis held forth publicly on America’s new and improved National Defense Strategy. He mouthed quite a lot of words, but the executive summary is actually just two points:

1. The War on Terror is no longer a thing. Since terrorism is now a much worse problem around the world than it was when the War on Terror was first announced after 9/11, it certainly hasn’t been won. Another problem is the prodigious amount of treasure, life and limb that has been squandered on this worse-than-futile pursuit. But Americans are now going to do what they always do after a military misadventure: declare victory, go home, and cower behind two oceans hoping that their misadventure doesn’t follow them home. America’s new message to all the numerous victims of terrorism is “Suck it up.”

2. America’s new enemy is Chinarussia—a very large Eurasian country. The US depends on Chinarussia for a great many things and can’t possibly afford to go to war with it, but what’s a poor bankrupt country to do when nothing works? Previously, the US was able to successfully play China and Russia against each other (after Henry Kissinger and Richard Nixon were given an opening by the very foolish Nikita Khrushchev, who alienated Mao Zedong with his attack on Joseph Stalin’s legacy). But now “Divide and conquer” is no longer a thing either; the new thing is “unite your enemies while making them laugh.” Uniting China and Russia took quite a bit of American effort and is more or less a fait accompli. Making them laugh was even harder, but I feel that Mattis did a good job.

Men: What Are They Good For?

What are the key male functions for surviving just about any collapse scenario? I believe that they come down to just five, which I will call Fixer, Pathfinder, Protector, Provider and Chief.

What Color is Your Wrecking Ball? 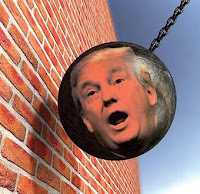 There is at present a great deal of dissatisfaction with the performance of the embattled US President. To start with, he had the wrong supporters: too few radical feminists; too many white heterosexual males whose toxic masculinity is a major problem according to the radical feminists. Then, of course, he only got elected thanks to the nefarious meddling by the world’s largest organized crime syndicate called Russia, led by none other than the dread pirate Putin. (The Russians are so utterly clever that not a single shred of conclusive evidence of their meddling could be unearthed in spite of a year of steadfast effort by a fantastically competent special investigator). Then (and this only gets worse) it turns out that another sort of nefarious meddling was afoot: the Department of Justice and the FBI, under the direction of Barak Obama, did everything they could to exonerate Hillary Clinton from her numerous crimes while doing their best to dig up dirt on Trump. But this is also all Trump’s fault: how could he fail commit some impeachable offense—for them to find?

Not only is Trump a Manchurian candidate put in place by Putin and/or elected by a bunch of retrogrades and undesirables. Not only did he make horribly populist campaign promises—like bringing back offshored American jobs; like keeping out illegal immigrants who also steal American jobs; like bringing US troops back home from the many hellholes that the US military has been busily creating around the world; like renegotiating trade deals to favor Americans rather than foreigners; like restoring good relations with Russia; like “making America great again” (however unlikely that may sound). Worst of all, he has failed to deliver on any of these promises! Instead, the little that’s happened under his watch so far that can be said to be positive is a further progression of financial bubbles, with stocks and bonds both looking like hundred-foot palm trees growing in buckets (what will happen to them when a gust of wind comes along?). This makes Trump no different from any of his predecessors (which one of them actually fulfilled his campaign promises?). But somehow a US president lying like he’s running for office, then ignoring his promises once elected, just like any other US president, is no longer good enough for some people.

But it gets even worse than that…

Gender Hysteria and its Discontents 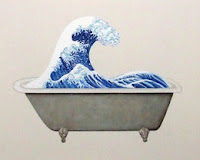 I have launched into this series of essays to focus on a particularly fraught and tense moment in US history. The US and Canada and, to a lesser extent, Western Europe, are having a nervous breakdown and are in the grip of gender hysteria. Suddenly, everybody is eager to play the victim of sexual abuse of one sort or another, while a new victim class—white heterosexual males—is singled out for a particularly sinister form of abuse: any attempt they make to defend themselves causes them to be lambasted as racist homophobic sexist fascists. The extreme irony of the fact that this mode of attack itself proceeds under the banner of racist (anti-white) heterophobic (anti-heterosexual) sexist (anti-male) fascism (kangaroo-court law) is entirely lost on its perpetrators.

But there is much more irony in it than that.

Whatever pagan deity happens to be in charge of weather this winter seems to be playing a joke on the Americans. You don’t believe in global warming? Fine, why don’t we have Muscovites enjoy the rare sight of pussy willows in bloom in January while letting you freeze? The result has been brutal. Not only have the very low temperatures, in a region where some people seem to believe that a baseball cap qualifies as winter headgear, exacerbated an already very bad flu season (the standard flu vaccine is only 10% effective against this year’s strain) but they have caused natural gas prices to spike up to $6.4 per cubic meter, testing a four-year-old record and breaking above the price in Asia.

The Russians do believe in global warming. It has opened up Arctic sea lanes to year-round navigation, supported by Russia’s new icebreaker fleet. They provide shortcuts to world’s sea freight while getting around strategic chokepoints such as the Straits of Malacca, the Suez Canal and the Straits of Gibraltar. The Russians have also taken advantage of the warming Arctic to open the region to oil and gas exploration and production. Late last year the ambitious new Yamal liquefied natural gas project opened to great fanfare. An entire new city was built above the Arctic circle. Putin himself flew in and gave the order to start pumping. A new fleet of ice-capable LNG tankers is being readied to take the gas to customers anywhere in the world. 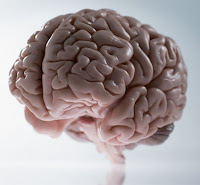 It is currently fashionable to deemphasize the importance of biology. Perhaps once upon a time humans lived alongside other animals, subject to all of the same vagaries of nature, but now we have the technology: birth control, in vitro fertilization, cesarean deliveries, intensive care for premature births and so on. An attempt to make the point that we are, in the end, just a bunch of animals, and that civilization is a temporary condition, is unlikely to be well received. A particularly fraught and heavily contested aspect of biological determinism has to do with sexual differences. As a matter of official ideology, we are now required to believe that men and women have exactly the same capabilities, and anybody who says anything different is judged guilty of “perpetuating gender stereotypes”—an act which, as one white male Google employee recently discovered, is now regarded as cause for immediate termination.

However, as technological civilization nears its end of life due to depletion of nonrenewable natural resources and increasingly devastating environmental disruptions, the realities of the typical collapse cascade of financial-commercial-political-social-cultural collapse are exceedingly likely to be such that sexual differences will once again become obvious and very important while gender studies and feminist theory gently fade into oblivion. In attempting to gauge which social and cultural adaptations are likely to be the most conducive to surviving collapse, a back-to-basics approach seems justified. In the old days, women have had to rely on men for a great many things, and a spinster’s or a widow’s lot was most often unenviable. Most modern women would find the prospect of having to return to such times nothing short of appalling. But their recent political victories of gender equality are safeguarded by a political realm that is subject to collapse, and their economic independence is made possible by an economic realm which is likewise subject to collapse. What will they have to fall back on?

If we admit that, in almost any conceivable collapse scenario, women would once again have to rely on men, a question arises: Which men? The modern economically independent, liberated woman has a greatly reduced need of a male consort: a timely donation of sperm is all that is actually required; companionship, romance, and help with raising children are desirable but optional. And with a greatly reduced need comes a greatly reduced sense of responsibility: the modern man’s response is to focus on his own needs rather than those of women, choosing to remain egotistical and childlike. What sorts of transformative events would have to take place in order for men to once again accept the traditional full burden of male responsibility? Is such a transformation even possible? And, if not, are we willing to concede the point that in a collapse scenario modern societies will go extinct while traditional societies (which modern societies consider backward) will muddle through?

That’s right, Unspell is back! Right around the time of the last presidential election in the US, the web site broke. I didn’t think that too many people cared, but I was wrong, and enough of them have nagged me to make me want to fix it, which I just did. The person who was responsible for the breakage was, of course, none other than President Donald J. Trump of the yooge button. It’s a juicy bit of gossip...