Some people enjoy having the Big Picture laid out in front of them—the biggest possible—on what is happening in the world at large, and I am happy to oblige. The largest development of 2014 is, very broadly, this: the Anglo-imperialists are finally being forced out of Eurasia. How can we tell? Well, here is the Big Picture—the biggest I could find. I found it thanks to Nikolai Starikov and a recent article of his.

The Care and Feeding of a Financial Black Hole

A while ago I had the pleasure of hearing Sergey Glazyev—economist, politician, member of the Academy of Sciences, adviser to Pres. Putin—say something that very much confirmed my own thinking. He said that anyone who knows mathematics can see that the United States is on the verge of collapse because its debt has gone exponential. These aren't words that an American or a European politician can utter in public, and perhaps not even whisper to their significant other while lying in bed, because the American eavesdroppers might overhear them, and then the politician in question would get the Dominique Strauss-Kahn treatment (whose illustrious career ended when on a visit to the US he was falsely accused of rape and arrested). And so no European (never mind American) politician can state the obvious, no matter how obvious it is.

There are times when a loud cry of “The emperor has no clothes!” can be most copacetic. And so, let me point out something quite simple, yet very important.

The old world order, to which we became accustomed over the course of the 1990s and the 2000s, its crises and its problems detailed in numerous authoritative publications on both sides of the Atlantic—it is no more. It is not out sick and it is not on vacation. It is deceased. It has passed on, gone to meet its maker, bought the farm, kicked the bucket and joined the choir invisible. It is an ex-world order.

The Power of “Nyet”

The way things are supposed to work on this planet is like this: in the United States, the power structures (public and private) decide what they want the rest of the world to do. They communicate their wishes through official and unofficial channels, expecting automatic cooperation. If cooperation is not immediately forthcoming, they apply political, financial and economic pressure. If that still doesn’t produce the intended effect, they attempt regime change through a color revolution or a military coup, or organize and finance an insurgency leading to terrorist attacks and civil war in the recalcitrant nation. If that still doesn’t work, they bomb the country back to the stone age. This is the way it worked in the 1990s and the 2000s, but as of late a new dynamic has emerged.

A Thousand Balls of Flame 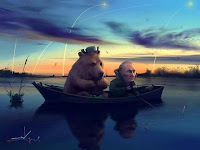 In light of recent developments, a slight update is needed here. First, Russia has demonstrated its latest weaponry, which is both cheap and effective and largely neutralizes anything the US is able to throw at it. Most recently, Putin announced the new Zirkon delivery system which flies at speeds above Mach 20 and cannot be intercepted by any means, either existing or imaginable. Putin also announced that in case the US attacks Russia, Russia will counterattack not just the launch sites but the sites where the decision to attack Russia will be made. "Question is, can they [the Americans] do the math?" he asked. The answer is no: all I've heard from the US since then has been preposterous talk about a "new arms race." There is no recognition at all that the arms race is over and that Russia won it. So I did the math myself, and have discovered a very simple, obvious fact: if the US launches a first strike against Russia, its leaders will not be around to find out whether any of their missiles or bombs got through and reached their targets within Russia; they will all be dead well before then. But there is no reason for Americans to fear Russia, for Russia will not attack. Instead, they should fear their own leaders, who may be insane and ignorant enough to attempt a preemptive strike against Russia—and fail. What can Americans usefully do in this situation? Unfortunately, there is but a single, very short answer: repent—just in case their leaders do the suicidal thing, for if that happens they won't get any warning.


“Russia is ready to respond to any provocation, but the last thing the Russians want is another war. And that, if you like good news, is the best news you are going to hear.”
A whiff of World War III hangs in the air. In the US, Cold War 2.0 is on, and the anti-Russian rhetoric emanating from the Clinton campaign, echoed by the mass media, hearkens back to McCarthyism and the red scare. In response, many people are starting to think that Armageddon might be nigh—an all-out nuclear exchange, followed by nuclear winter and human extinction. It seems that many people in the US like to think that way. Goodness gracious!

“Let us imagine that collapsing a modern military-industrial superpower is like making soup: chop up some ingredients, apply heat and stir. The ingredients I like to put in my superpower collapse soup are: a severe and chronic shortfall in the production of crude oil (that magic addictive elixir of industrial economies), a severe and worsening foreign trade deficit, a runaway military budget and ballooning foreign debt. The heat and agitation can be provided most efficaciously by a humiliating military defeat and widespread fear of looming catastrophe.” (p. 2)

A decade later these ingredients are all in place, with a few minor quibbles. The shortfall of oil is in the case of the US not the shortfall of physical oil but of money: against the backdrop of terminal decline of conventional oil in the US, the only meaningful supply increase has come from fracking, but it has been financially ruinous. Nobody has made any money from selling fracked oil: it is too expensive.

Meanwhile, the trade deficit has been setting new records, defense spending has continued its upward creep and the levels of debt are at this point nothing short of stratospheric but continuing to rise. Fear of catastrophe is supplied by hurricanes that have just put significant parts of Texas and Florida under water, unprecedented forest fires in the West, ominous rumblings from the Yellowstone supervolcano and the understanding that an entire foamy mess of financial bubbles could pop at any time. The one ingredient we are missing is a humiliating military defeat.

In thinking through the (for now) gradually unfolding collapse of the American empire, the collapse of the USSR, which occurred close to three decades ago, continues to perform as a goldmine of useful examples and analogies. Certain events that occurred during the Soviet collapse can serve as useful signposts in the American one, allowing us to formulate better guesses about the timing of events that can suddenly turn a gradual collapse into a precipitous one.

When the Soviet collapse occurred, the universal reaction was “Who could have known?” Well, I knew. I distinctly remember a conversation I had with a surgeon in the summer of 1990, right as I was going under the knife to get my appendix excised, waiting for the anesthesia to kick in. He asked me about what was going to happen to the Soviet republics, Armenia in particular. I told him that they would be independent in less than a year. He looked positively shocked. I was off by a couple of months. I hope to be able to call the American collapse with the same degree of precision.

After a dozen years of virtually uninterrupted weekly blogging Club Orlov is taking a month-long break. I have scheduled reruns of the most popular blog posts from the past five years, which will auto-magically appear on Club Orlov every Tuesday and Thursday. Since I will spend the rest of March at an undisclosed location with spotty cell phone signal and no internet access, I won't be around to moderate comments and delete spam, and so I will leave comments off. I will return in April, refreshed and ready to push forward in several new directions. Thank you for your support, and I hope to see you here when I return.