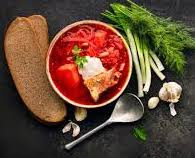 A couple of months into the second decade of the 21st century a coronavirus pandemic is sweeping the planet causing tourism and commerce to shrivel up and crashing financial markets (which have been long overdue for a crash in any case). Soon supply line disruptions will cause assembly lines around the world to grind to a halt for lack of parts. As the pandemic runs its course, it is likely to sweep away an entire cohort of elderly smokers. Meanwhile, Americans are getting ready to choose between a capitalist who doesn’t know how to make capitalism work for the masses and a socialist who doesn’t know how to make socialism work for anyone. In such times, what is a collapse-oriented blogger to do?

First things first: eat a hearty bowl of borscht loaded with shredded beef, garnished with a dollop of sour cream and some chopped scallion, dill and garlic and served with rye bread. And once that’s done, it is time to attend to some long-neglected sailboat design tasks.

Three years ago I bravely published a post titled “The Final Sheeting Arrangement.” I was filled with optimism at the time. After much experimentation I had discovered a simple way to keep Quidnon’s Junk sails sheeted perfectly flat. I had tested it out on a 1:12 scale model and verified that it worked very well indeed. But soon after I published it my friend and very experienced Junk rig operator Dave Zeiger blew my boat straight out of the water by pointing out a major problem with my design: it would not keep the sails anywhere near flat once they have been reefed. I accepted his critique with equanimity and, since I had no solution to offer, kept quiet about it for three years, during which, luckily, not a single person endeavored to build a single Quidnon, and so this unsolved problem hasn’t hurt anyone.

But now I believe I have finally found a solution. With this problem solved, the Quidnon project can finally move past the head-scratching phase and on to the next phase, which will involve grinding out a large number of mechanical drawings, assembly diagrams and other documentation without which no boat can ever get built. Here, then, is my plan, which I will call “The Final-Final Sheeting Arrangement.” 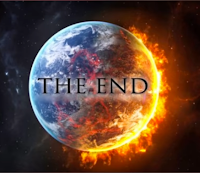 [Note: this article is much longer than my usual—almost 8000 words. I have been working assiduously on it for over a month, and that explains why my postings have been so sparse lately. It’s behind a firewall because I don’t want any trouble from cult members.]

Do you want to save the planet? Do you feel that this requires everyone to stop burning fossil fuels, and does doing so necessarily involve paving the land with solar panels and lining the beaches and the mountain ridges with giant wind generators? How about putting a tax on carbon dioxide emissions and taxing people for the carbon dioxide they emit? Do you believe that “99.9% of climate scientists agree...” logically implies that they are necessarily right? And what makes you think that humans are capable of saving planets when they can’t even figure out what to do with their garbage?

If this sort of thinking triggers you and causes you to imagine that I am some sort of “climate change denialist,” then, unless you are emotionally fragile and prone to hysterical fits, you should still make an effort and continue reading, because you may have, through no fault of your own, have found yourself inducted into the Global Warming Apocalyptic Cult. The first step in freeing yourself from the clutches of an apocalyptic cult is realizing that you are an apocalyptic cult member. Part of the process involves learning how the cult functions: where the cult gets its power; why people fall into its clutches and, perhaps most importantly, who is paying for it and who is getting rich from it. Having your illusions shattered may be painful at first, but you are sure to feel better later—unless you immediately find something equally beyond your control to worry about and get busy with that.