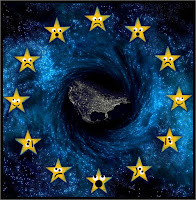 Given what’s happening right now with the EU redux, it’s hard not to write a little something about it, so I won’t even try to resist the temptation. Stock markets are crashing, banks are on the verge of failure, gold is spiking and City of London and Wall Street financial types are running around with their hair on fire. But beyond such financial superficialities, what is really happening is that class warfare is back with a vengeance, so far in the UK with the Brexit referendum, but likely to spread.

In that referendum, the older generations who know which class they belong to voted to fire their malign overlords in Brussels and London, while the younger generations, brainwashed by EU propaganda, did not. Some “experts” claimed that there is some sort of generational divide, but I think that older generations did a smart thing, and that this is adequately explained by the fact that they are smarter. You see, fools tend to die young, and the mere act of surviving is a sign of intelligence. But that’s just a minor side-point.

The main point is that the malign elites very much need to be fired, both in Europe and in the US. There are several problems with them, which I would like to briefly enumerate: 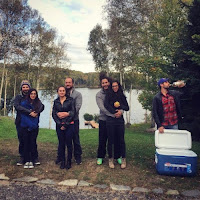 Well, that didn't take long! Negative Interest Rate Policy appears to be a gift that keeps on giving.

Just a little while ago I wrote that, in essence, if the Federal Reserve wants to keep the financial party going a little bit longer, it will have to continue lowering interest rates to below zero, as this is the only way to keep broke debtors alive and prevent the gigantic debt bubble from imploding. And now we find out that the Federal Reserve has resolved any legal impediments (such as the Federal Reserve Act) that have kept it from doing just that.

To recap, negative interest rates are a way to pay debtors to hold onto their debt instead of defaulting on it or repudiating it, thus preventing the debt pyramid from pancaking and taking the entire financial system with it. But this effect is temporary, for at least two reasons.

The Law of Attraction 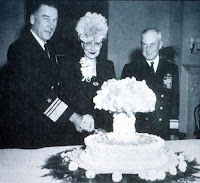 The Law of Attraction is a staple of motivational speakers. The premise is that thoughts determine outcomes. If you can visualize a better future, and conceive of the steps you need to take to reach it, a potential future magically pops into existence.

One of the issues we face in addressing massive, overwhelmingly complex problems such as, just to rattle off a few, climate change, economic inequality and social and political dysfunction, is that it is hard for us even to conceive of a better way of doing things. Not knowing what to do is bad enough; not knowing what to think is even worse!

[Update: So many people write to tell me how much they've enjoyed reading these two books, but there are no new reviews of them on Amazon! Yes, five stars is very good, but some more thoughtful reviews certainly wouldn't hurt these two wonderful authors. So, if you bought, read, and enjoyed these books, please post a review. Thank you.]

The reason I edit, typeset and publish books by promising new authors is that I want you to read them. And to do that you have to buy them. Someday soon these excerpts will stop, and then, unless you buy the books and read them, you will end up with half-baked thoughts in your heads. Enough said. Please click on the images below.

But first let us back up a bit and answer several preliminary questions:

* if you ignore certain unintended consequences (which is what everyone does all the time, so let’s not worry about them just yet).