My next book, Shrinking the Technosphere: Getting a grip on the technologies that limit our autonomy, self-sufficiency and freedom, is due out from New Society Publishers this fall. I am about halfway through writing the first draft of the manuscript. Here is an excerpt. 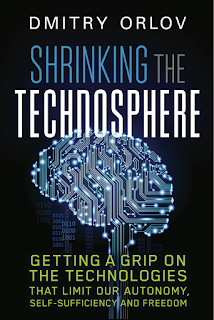 It can sometimes seem that the technosphere thwarts its own purpose. What sense is there in wasting resources on weapons, when there is already enough war materiel to kill all of us several times over? What sense is there in contaminating the environment with long-lived chemical toxins and radioactive radionuclides, producing high rates of cancer in the technosphere's human servants? What purpose is there in fostering extreme levels of corruption in government and in banking, or in creating conditions for extreme social inequality? How does it help the technosphere grow stronger and more controlling to provoke international conflicts and split up the world into warring sides? Are these all failings, or are they just little problems that are too small to matter? Or—here's a shocking thought—maybe they are all perfectly on strategy as far as the technosphere is concerned.

If we look closely, we will discover that all of these manifestations of the technosphere, although on a superficial level they appear to be problems, are, in fact, helpful to the technosphere in many interrelated ways. They help the technosphere to grow, to become more complex, and to more fully dominate the biosphere. There are far too many of them to trace out all of them, so let's just examine a few of the more important ones—the ones I alluded to above.

What Are We Smelling? 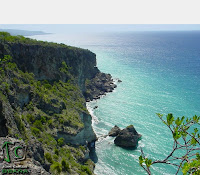 So far I have mostly tried to ignore the US presidential race. It's a distraction from doing things that are either pleasant or useful—of which it is neither. I haven't always tried to completely ignore these torrents of nonsense that erupt every four years like a gushing sewer, but, in general, I was never interested in the outcome, because in all but one case I genuinely disliked all of the candidates. Jimmy Carter is the only one whose hand I would shake. I wouldn't want to breathe the same air with any of the others—all lizard-brained miscreants who have left a slimy trail through the White House.

Many thanks to Helder Silva of Lisbon for making these 3D models in Sketchup.

This is an excerpt from the latest title to be published by Club Orlov Press: 150-Strong: A Pathway to a Different Future by Rob O'Grady, available as both paperback and Kindle e-book via Amazon.com. This is a key passage that does nothing less than define a new modus vivendi that allows us to get past selfish motivations and the blind pursuit of ever more ephemeral profits, and to empower ourselves to build something much more solid that amplifies the energy of personal relationships. And now, without further ado, Rob O'Grady: 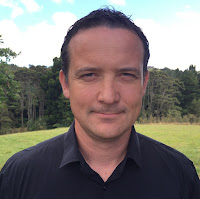 On the most basic level, human fallibility is regulated in two ways. The first is through fear, which motivates us to avoid negative outcomes. The second is through aspiration, which motivates us to achieve positive outcomes. A person may refrain from stealing to avoid prison; another out of respect for others’ property and a belief in the value of harmonious living. One day we may work because we need the money; the next because we want to contribute to something useful and worthwhile. Aspects of both our baser and our better nature are always at work, and both the carrot and the stick are needed in any system for organizing people. 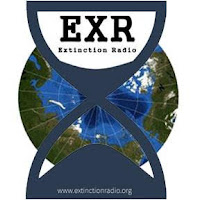 I discuss collapse, weird old America, why Facebook is like a cross between animal husbandry and data processing, the book 150-Strong which has just been published, my upcoming book Shrinking the Technosphere and all the reasons why Near-Term Human Extinction is something of a faulty intellectual product.

I am very happy to announce that another Club Orlov Press title, on which Rob and I worked for most of a year, is finally available. Its cover doesn't lie: this book does provide a pathway to a different future—and, in my estimation, a better one.

It is the happy end of a longish story.

In early 2013 I was invited to speak at the North House Folk School in Grand Marais, Minnesota. It is a school that teaches a wide variety of native and folk arts, from building canoes to baking bread. One of the things that this school does rather well is teach people how to become part of the community that has grown up around the school. This had been happening spontaneously for some time, and it was thought that a conscious effort in this direction would produce even better results. And so, I was invited to address this topic in a seminar.

This was a new topic for me, and so I spent a few weeks at the library researching small communities that have stood the test of time. I looked at a great many of them: religious communities, such as the Anabaptists—the Amish, Mennonites and Hutterites, as well as the Mormons in Utah and the Dukhobors in British Columbia; secular ones, such as the Kibbutzim in Israel; ethnically defined ones such as the Roma (also called Gypsies) and the Pashtun tribesmen of Afghanistan and Pakistan.