Of Dunces, Fools, Drones and Heroes 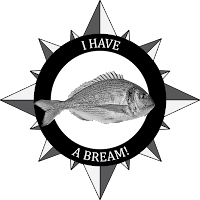 Some time ago I posted three T-shirt designs, with no explanation as to why. “Here are some shirts,” I wrote, “reasonably priced, in all styles and colors, free shipping on orders over 100 USD, yadda-yadda.” Just as I expected, a few people got it, and a few of those ordered some shirts. The rest had no idea; some even confessed to that in the comments.

That was a test. It was a success. Now that all eight of the planned designs are available, I offer the full explanation and rationale behind this, my latest humanitarian intervention/fundraising effort.

Beyond attempting to mitigate against the erroneous notion, held by many of those who regularly read this blog, that high-quality web content grows on a magical content tree, and that therefore there is no need for them to pay for it, this new initiative is designed to solve a specific societal problem. Week after week hundreds of thousands of readers come to ClubOrlov and find out about some important aspect of reality, of which they would have remained unaware had they continued to just pay attention to mainstream media, to which some choose to refer as “presstitutes,” but I do not, out of respect for sex workers. 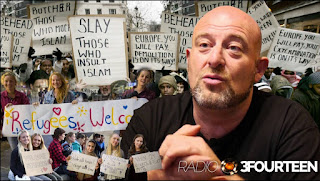 Those who took hard Hillary Clinton’s defeat and are now going through the Kübler-Ross five stages of grief are butts of a cruel joke, though played on them by an entity quite devoid of a sense of humor. The technosphere—an artificial machine-like sentient entity that wants to control everything including you and is busy destroying the biosphere and us with it—has taken pains to align their values with its own, to make them easier to control. It has no use for humans except as technocratic servants—engineers, scientists, technicians, bureaucrats, enforcers—and the best servant material is the lonely, atomized individual, snatched away from their family at a young age, their every interaction with other humans mediated by easy-to-monitor electronic communications systems, ideally a mental patient, chemically controlled, and too fragile to leave the man-made environment and venture out into the real world. On the other hand, autonomous, separatist, tribal groups are almost impossible for the technosphere to understand or to control.

Teenager summoned to court for feeding McDonald's chip to pigeon

A teenager has been summoned to court for feeding a pigeon a McDonald's chip.

Lauren-Paige Smith, 19, was tucking into lunch when she gave the bird a chip, which it wolfed down.

But moments later, the customer services advisor was handed a £25 fine for littering.

Miss Smith told the official that the bird had finished the chip and there was no 'litter' left, but she was still fined.

"It's madness. Lauren has never been in trouble in her life and they're summoning her to court for feeding some birds," said Lauren's grandfather.

The rest of this story, from The Telegraph, is here.

If you think that such events are isolated incidents, think again: they are symptoms of a rampant psychiatric condition which is described in detail in Sean Kerrigan's excellent book Bureaucratic Insanity. They are by no means limited to annoyances such as a fine for feeding the birds; they also destroy families and ruin lives. Don't be victimized by insane bureaucracies! Read this book and learn some countermeasures.

My latest book, Shrinking the Technosphere, is currently being printed. And although I could, if I wanted to, write a new essay for today, I find this to be unnecessary, because there is a section in the book that specifically discusses what is happening today in the US: a federal distraction.

The 1:12 scale model is now complete except for the sails and the radio control componentry, which are in the works. The maiden voyage went uneventfully: QUIDNON sat quietly on its lines. The first and most important requirement for a boat, and especially a houseboat, is that it has to float really well. And it seems that this hurdle has been passed. More to come soon; in the meantime, feast your eyes. 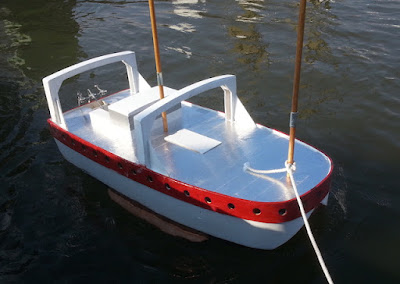 All the information about this project can be found here.

Flotsam on a Fetid Tide 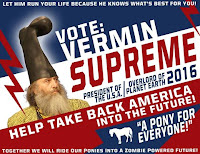 I have been too busy designing a houseboat that sails to write a blog post this week, and so instead I encourage you to read the following. (Link to the original.)

More fun in the Indispensable Nation: As we have all heard by now, according to Hillary, ardent of becoming National Basilisk, half of Trump’s supporters are evil and the other half losers, deplorables all. That is, she holds half of Americans in contempt. Unsurprisingly she said this in New York, which is barely America, and to a convention of sexual curiosities.

I frankly think her admirable. As she coughs, staggers, convulses, lies, pilfers, sells favors and lapses into intermittent confusion, she still has the courage to tell America that she loathes half of it. That´s candor.

Give her credit for consistency. She is always mendacious, firmly in the pockets of Wall Street, Israel, the Neocon hawks, and the arms industry, never having accomplished anything on her own, always riding Bill’s coattails, having a disastrous record as SecState, always for sale. With her, we know what we will get. With Trump, it’s a roll of very weird dice.

KunstlerCast on Shrinking the Technosphere

Jim Kunstler and I discuss my new book, Shrinking the Technosphere: Getting a Grip on the Technologies that Limit our Autonomy, Self-Sufficiency and Freedom, which is now available for pre-order at a 20% discount.
No comments: