Why must Venezuela be destroyed? 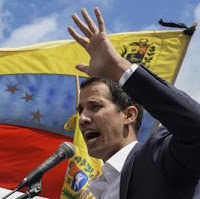 Last week Trump, his VP Mike Pence, US State Dept. director Mike Pompeo and Trump’s national security advisor John Bolton, plus a bunch of Central American countries that are pretty much US colonies and don’t have foreign policies of their own, synchronously announced that Venezuela has a new president: a virtual non-entity named Juan Guaidó, who was never even a candidate for that office, but who was sorta-kinda trained for this job in the US. Guaidó appeared at a rally in Caracas, flanked by a tiny claque of highly compensated sycophants. He looked very frightened as he self-appointed himself president of Venezuela and set about discharging his presidential duties by immediately going into hiding.

His whereabouts remained unknown until much later, when he surfaced at a press conference, at which he gave a wishy-washy non-answer to the question of whether he had been pressured to declare himself president or had done so of his own volition. There is much to this story that is at once tragic and comic, so let’s take it apart piece by piece. Then we’ll move on to answering the question of Why Venezuela must be destroyed (from the US establishment’s perspective). 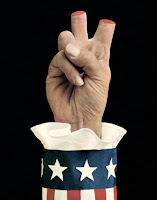 The Future of Energy is Bright, Part II

To pick up where we last left off, running an industrial economy requires a source of cheap and stable electricity. Electricity provided by wind and solar is intermittent and therefore does not fit the bill. Electricity from coal, diesel and natural gas does work but causes environmental damage, plus these fossil fuels are mostly past peak, are increasingly expensive to produce, and won’t last for much longer in any case. Hydroelectric is a good choice, but all the sweet spots for it have already been tapped. Boutique resources such as biomass, micro-hydro, tidal energy and what have you are insufficient to power an industrial economy. This leaves nuclear energy, but nuclear energy has some major problems.

Thus, there are no good solutions, but this may not be a problem because, you see, without a stable source of cheap electricity there won’t be an industrial economy, and without an industrial economy there will be neither supply of nor demand for any of the above. There will still be demand for firewood, to be met by you wandering up and down a stretch of abandoned highway collecting dry tree branches for your campfire, on which to cook some rodents you caught with a forked stick.

If you find this scenario unappealing and wish to look for other options, there is little choice but to look more closely at nuclear energy. Yes, it has some major problems, but what if these problems have solutions? You haven’t thought of that, have you? But that’s not as outlandish an idea as you might imagine. Huge teams of brilliant scientists and engineers working diligently for decades do sometimes come up with solutions to even the most difficult problems. Clearly, it would be foolish to simply assume that all major problems will be solved, but I believe that it does make sense to try to stay informed about the actual progress that has been made, if only to satisfy your intellectual curiosity, should you have any.

Taking a Model of Doom at Face Value

The implications of this model are so utterly horrifying that I am only going to allow access to it for subscribers.

For those who are ready to try something new and different.

The Five Stages of Collapse, 2019 Update 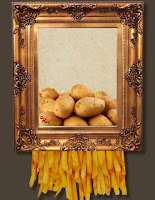 Collapse, at each stage, is a historical process that takes time to run its course as the system adapts to changing circumstances, compensates for its weaknesses and finds ways to continue functioning at some level. But what changes rather suddenly is faith or, to put it in more businesslike terms, sentiment. A large segment of the population or an entire political class within a country or the entire world can function based on a certain set of assumptions for much longer than the situation warrants but then over a very short period of time switch to a different set of assumptions. All that sustains the status quo beyond that point is institutional inertia. It imposes limits on how fast systems can change without collapsing entirely. Beyond that point, people will tolerate the older practices only until replacements for them can be found.

Is The US Still A Superpower? 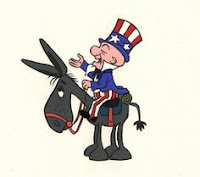 Some believe that the USA is a superpower. They cite GPD figures, military spending, the ability to coerce various US vassals to accede to US/Israeli demands at the United Nations. They also point to its ability to force other nations to abide by its unilateral sanctions even though they are ineffective at best, generally counterproductive and tend to hurt US allies. Are these not the hallmarks or true superpowerdom?

Let us see... If the US were a superhero endowed with various superpowers, what would they be?

National Bankruptcy as a Board Game

Most people are familiar with the game Monopoly. Its goal is to teach capitalist kiddies a valuable lesson about capitalism; namely, that in running a business it isn’t useful to shoot for some happy modicum of accommodation with your competitors or to strive for a sustainable steady state. Instead, what you need to do to survive (never mind win) is to grow as quickly as possible and eat up your competitors alive, or you’ll get eaten up yourself. That’s not just a game; that’s exactly how capitalism actually works, and if that doesn’t work for you (it doesn’t for most people) then that’s exactly how capitalism doesn’t work.

The Year the Planet Flipped Over

End of the year is a good time to draw some conclusions as to what has changed, what has worked and what has failed. This past year was in many ways remarkable because of a large number of irreversible, transformative events. In some ways, in 2019 we will be dealing with a significantly different planet. Let us look at what has succeeded and what has failed.