Why do Capitalists hate Socialism?

Do capitalists hate socialism? If you read some capitalist publications—which are pretty much all of the privately owned ones, plus all the government-financed ones unless the government happens to be a socialist government—you inevitably walk away with the thought that socialism is somehow bad. The reasons given for this vary: socialism produces inferior economic results; socialism creates moral hazards; socialism eventually fails. None of these are convincing. Capitalism is quite capable of producing inferior economic results too and, looking around the planet, does so with some regularity. Capitalism creates one single moral hazard—putting money and property ahead of people—which is greater and more socially corrosive than all of the ones created by socialism. And although socialist regimes do eventually collapse, so do all the capitalist ones because nothing lasts forever. These are clearly not the real reasons. What is the real reason?

How Bad Can Things Possibly Get?

In my travels I sometimes revisit places where I have had some acquaintances, and it is always tempting to look them up and pay them a visit along the way even if I am quite sure that they have in the meantime degenerated to a point where they are no longer suitable as company. One of my distant relatives has always stressed the point that “Things can always be worse,” and this idea seems to have infected my mind like a brain parasite. Instead of simply accepting it as axiomatic, I have sent myself on dangerous missions just to confirm that for any negative integer n there is always an n–1. But then I am hardly alone: morbid curiosity is both common and popular. Many people like to learn about things that are really bad, and when they do they ask: “Just how bad are they?”

An article I published close to five years ago, “Putin to Western elites: Play-time is over,” turned out to be the most popular thing I’ve written so far, having garnered over 200,000 reads over the intervening years. In it I wrote about Putin’s speech at the 2014 Valdai Club conference. In that speech he defined the new rules by which Russia conducts its foreign policy: out in the open, in full public view, as a sovereign nation among other sovereign nations, asserting its national interests and demanding to be treated as an equal. Yet again, Western elites failed to listen to him. Instead of mutually beneficial cooperation they continued to speak the language of empty accusations and counterproductive yet toothless sanctions. And so, in yesterday’s address to Russia’s National Assembly Putin sounded note of complete and utter disdain and contempt for his “Western partners,” as he has usually called them. This time he called them “swine.”

The president’s annual address to the National Assembly is a rather big deal. Russia’s National Assembly is quite unlike that of, say, Venezuela, which really just consists of some obscure nonentity named Juan recording Youtube videos in his apartment. In Russia, the gathering is a who’s-who of Russian politics, including cabinet ministers, Kremlin staffers, the parliament (State Duma), regional governors, business leaders and political experts, along with a huge crowd of journalists. One thing that stood out at this year’s address was the very high level of tension in the hall: the atmosphere seemed charged with electricity.

Continue reading...
on SubscribeStar
on Patreon

Freedom of speech is rather important. If people do not feel free to express their thoughts, then all they can do is endlessly repeat what has been said before, creating an echo chamber which no new understandings can ever penetrate. What they repeat may have been a tissue of lies from the outset, or it may have been true or relevant once, but will become outdated and, essentially, as good as a lie.

Lies beget ignorance. Ignorance begets fear. Fear begets hatred. And hatred begets violence. The ability to speak our minds and to listen to others—even those who are said to be our enemies—is what separates us from wild beasts. Deprive us of this right, and sure as rain we degenerate into subhumans who claw at the ground, howl at the moon and gnaw on raw human flesh… or something like that. 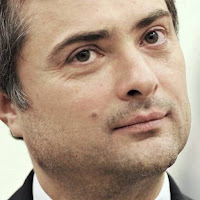 We interrupt our regularly scheduled programming to bring you this translation of a very important article that describes the nature of modern Russian governance. It is written by one of Vladimir Putin’s close advisors who is a political expert of considerable stature. It has been widely (though rather toothlessly) reviled in Western press (as well wannabe-Western Russian liberal press) but without quoting the source, which I have only yesterday translated into English. The author definitely hit a nerve by demolishing the Western democratic system of “checks and scoundrels” with its illusion of choice and its ever-vigilant deep state.

The Future of Energy is Bright, Part III: Radiophobia 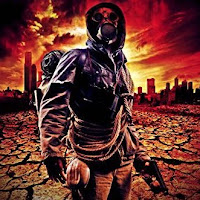 Over the past few months I have been immersing myself in nuclear technology in order to understand its implications for the future of energy. It is an important topic because the future of energy is the future of civilization: if a replacement for fossil fuel energy cannot be found, then there will be no more civilization. Going back to burning firewood will just mean that there will be no more trees either. If you think that wind generators and solar panels are the answer, these can’t be built or maintained without fossil fuels.

This is a rather difficult topic to discuss because of all the confusion sown by various “deniers”: peak oil deniers, climate change deniers, debt bomb deniers… There are also vain hopes being sown by technophiles who think that the advent of nuclear fusion is just around the corner or who dream about giant mirrors in space, the hydrogen economy or some other form of nonexistent technology. To make this topic easier to discuss, I will make certain assumptions. I will assume that nonexistent technology… doesn’t exist, so there is nothing to discuss. Please take your fusion reactors, thorium reactors, space mirrors and magic perpetual motion engines elsewhere. I am only interested in existing, proven technologies that can be scaled up.

Although most of the problems with hull structure have already been solved, there remained one problem that stood in the way of completing the design: how to join together the frame. It consists of 4x4 softwood (fir) timbers (3.5x3.5 finished size) combined into a box structure that reinforces the bottom the deck, the bow and the transom and provides support for mast steps. After working out a design that included a dozen different steel brackets that had to be custom-fabricated at considerable expense, I realized that I don’t like it at all: too complicated and too expensive. And so, as usual, I sat back and waited for some new ideas to filter in from the ether.

On March 1, 2018 the world learned of Russia’s new weapons systems, said to be based on new physical principles. Addressing the Federal Assembly, Putin explained how they came to be: in 2002 the US withdrew from the Anti-Ballistic Missile Treaty. At the time, the Russians declared that they will be forced to respond, and were basically told “Do whatever you want.”

And so they did, developing new weapons that no anti-ballistic missile system can ever hope to stop. The new Russian weapons include one that is already on combat duty (Kinzhal), one that is being readied for mass production (Avangard) and several that are currently being tested (Poseidon, Burevestnik, Peresvet, Sarmat). Their characteristics, briefly, are as follows: