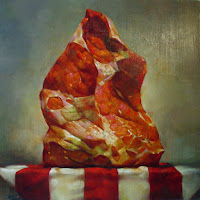 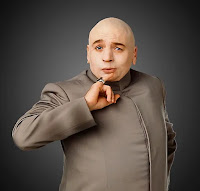 Suppose you were one of the evil geniuses who run the global economy. Of course, you would want to continue running it in a stable, secure, profitable manner in spite of any problems that might crop up now and again. You would want to solve these problems swiftly and efficiently without drawing any undue attention to yourself and your evil ways. What, then, would you currently see as the major problems crying out for a swift, preemptive solution, and how should you address them?

First, you’d note that there is a major problem developing with the world’s energy supply. This has been endlessly predicted since the mid-1990s, but various technological advancements and geopolitical maneuverings have pushed the final crisis off by two decades. But now the final crisis is getting closer and closer. New resource discoveries have fallen so far behind production that there is no hope of ever catching up. The last great hope for the US and the world, which was fracking, is now failing, having never made much of a profit. Most of the companies involved have either gone bankrupt or are about to. Renewables, in the form of electricity from wind and solar, have proven to be too expensive and disruptive for electric grids because of their intermittency coupled with the impracticality of storing large amounts of electricity. Geopolitical gambits, such as trying to topple Venezuela’s government and steal its oil, or to sanction Russia into behaving like a gas station with its economy in shreds, have all failed. Energy returned on energy invested—a difficult to calculate but ultimately decisive measure of the feasibility of any energy venture—is continuing to decline.

Being an evil genius rather than just some ignorant amateur armchair pilot, you would be fully cognizant of the fact that failure to do something to balance fossil fuel energy supply against demand would cause global economic collapse. Since the advent of coal-based industrialization, economic growth has always been accompanied by a proportional increase in the use of fossil fuels. But further such increases now appear to be impossible. The existing global economy relies on credit to sustain production, and on continuous growth to remain creditworthy. In this scheme, the only alternative to continuous economic growth is economic collapse. And so you start looking for ways to rebalance the energy equation by shutting down parts of the global economy while allowing others to continue to grow. Since nobody is particularly eager to stampede toward the abattoir, your task is to find a way to mislead them into doing so voluntarily, supposedly for their own good.

The next question to decide is which industrialized nations are ready for the meathook. You would observe that certain countries have been continuously living beyond their means. They have been endlessly borrowing money far in excess of their economic growth potential and their ability to ever repay the debts they are now taking on is precisely nil. Chief among them is the United States, which has been living on borrowed time for decades now and whose mammoth debt dwarfs all previous excesses combined. Coupled with the gradual loss of reserve currency status by the US dollar and the concomitant loss by the US of the exorbitant privilege of printing money as needed, this has placed the US at the epicenter of the inevitable financial collapse. You would interpret the REPO panic of August 2019, when interest on overnight loans that used US federal debt as collateral spiked to 10%, as a crack in the carefully maintained Potemkin village façade of the US financial system.

Turning attention to the fiscal situation in the US, you’d notice that the US is no longer able to finance its ever-growing budget deficits by borrowing from abroad because foreigners who are now net sellers of US debt instruments. You are shocked to discover that the US government is now borrowing close to half of what it spends, accumulating short-term debt twice as fast as it could possibly hope to repay it, and nonchalantly planning to roll it over into more short-term debt while borrowing even more in the years to come. An image comes to you of a particularly bullheaded bull standing in the middle of railroad tracks and attempting to stare down an oncoming train.

Being a financial genius, you know all there is to know about pyramid schemes, and you readily identify this state of affairs as a pure pyramid scheme. Since pyramid schemes all fail, and since they tend to do so more or less instantaneously, you start looking for a way to front-run its collapse in order to maintain control of the situation. Your main short-term objective would be to avoid a worldwide panic by placing the global economy into something like a medically induced coma, feeding it an intravenous drip of free money. This pause would give you an opportunity to make some necessary changes, some of them cosmetic, some quite dramatic.