Prosperous Homesteading has been out for a little over a week now and has been selling extremely well. But based on the feedback so far, the concept of “homesteading,” as defined in this very practical book, needs to be better explained. Yes, you can register your house as a “homestead” to shield it from foreclosure or to lower your taxes; would you then be homesteading? No.

Homesteading is not a hobby, a business or an individual pursuit; it is the main activity of a family. It is an essential “lifehack”—a way to get around the strictures imposed on us by a crumbling society that is set in its ways and incapable of even considering absolutely essential changes. It is about insulating yourself and your family from the vagaries of a system that is running amok, and about regaining a viable future and peace of mind.

Update: as of Thursday morning, just four days since the book became available on Amazon, it has broken into the top 10,000. At this very moment, its bestseller rank stands at #6,246. So far, this is shaping up to be the most successful book I've ever published. And it certainly deserves to be: here is a book that many people can actually use to significantly improve their lives. Thank you, and please help spread the word!

If you expect the future to resemble the past, then you are very likely to be disappointed. Quite a few people understand this, but don’t know of any alternative to continuing to do what they are accustomed to doing—driving to a job, shopping, paying bills—until they no longer can. They can’t figure out anything better to do than shove their children through an overpriced educational scheme so that upon graduation they can take part in a game of economic musical chairs—until they no longer can either.

A lot of people also find the future too depressing to think about. Yes, it is depressing to think about cities and suburbs with no electricity, running water or functioning sewers, buried in rotting garbage and trash and overrun by feral dogs and armed gangs. It is far more pleasant to escape into a fantasy world where renewable energy saves the day as soon as the fossil fuel industry gets out of its way, or where the fossil fuel industry saves the day as soon as the environmentalists get out of its way, or some other politically motivated nonsense.

One question that doesn’t seem to be asked enough is, What alternative is there that actually works? The answer is surprising: there are hundreds of thousands of people living throughout North America who will be largely unaffected by the dismal scenario outlined above. When the electric grid fails, they won’t even notice. When cities and suburbs became uninhabitable due to filth and crime, they won’t even know about it. When starving vagabonds come trudging by their homestead, they will be fed a good meal and gratefully move on.

Women on the verge 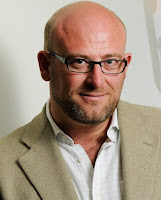 A conversation between two of my friends, James Howard Kunstler and Piero San Giorgio, about Piero's recent book, which I translated and published. Please have a listen.

You are not in control

My recent book tour was very valuable, among other things, in gauging audience response to the various topics related to the technosphere and its control over us. Specifically, what seems to be generally missing is an understanding that the technosphere doesn’t just control technology; it controls our minds as well. The technosphere doesn’t just prevent us from choosing technologies that we think may be appropriate and rejecting the ones that aren’t. It controls our tastes, making us prefer things that it prefers for its own reasons. It also controls our values, aligning them with its own. And it controls our bodies, causing us to treat ourselves as if we were mechanisms rather than symbiotic communities of living cells (human and otherwise).

None of this invalidates the approach I proposed for shrinking the technosphere which is based on a harm/benefit analysis and allows us to ratchet down our technology choices by always picking technologies with the least harm and the greatest benefit. But this approach only works if the analysis is informed by our own tastes, not the tastes imposed on us by the technosphere, by our values, not the technosphere’s values, and by our rejection of a mechanistic conception of our selves. These choices are implicit in the 32 criteria used in harm/benefit analysis, favoring local over global, group interests over individual interests, artisanal over industrial and so on. But I think it would be helpful to make these choices explicit, by working through an example of each of the three types of control listed above. This week I'll tackle the first of these.

Most of what it will take to assemble QUIDNON from a kit is quite easy. The plywood panels that make up the core of the hull are fitted together using mortise and tenon joins which are then fixed in place using wedges driven in with a mallet. Outer layers of plywood are glued on and screwed in place using an electric drill. Joints are saturated with epoxy and filleted using brushes and other hand tools. An outer layer of fiberglass is applied to the hull by draping it in fiberglass cloth and saturating it with epoxy using rollers. Most of these are fun activities for family and friends. But there are two operations that are daunting for even the seasoned and experienced DIY people: flipping the hull over, and launching it.