Trump recently announced that the US intends to withdraw from the Intermediate-Range Nuclear Forces Treaty, the 1988 USA/USSR arms control agreement that has been keeping a lid on nuclear madness by making surprise nuclear attacks less likely. He made the announcement in an offhand way while boarding a helicopter. This is understandable. I too like to make momentous pronouncements while getting on a bicycle, to add drama. And then Trump’s national security guy Bolton flew to Moscow to discuss. There he met with various local characters—Foreign Minister Lavrov, Defense Minister Shoigu—who showed him the various local sights—the Foreign Ministry, the Defense Ministry—and then they all promenaded down the yellow brick road to see the wizard in the Kremlin.

Putin has been relaxed lately, even playful. Sitting across from Bolton, with microphones on and cameras running, he looked up at the ceiling and extemporized: the US coat of arms portrays an eagle that holds 13 arrows in one talon and an olive branch with 13 olives in the other. “So, where are the olives?” Putin inquired whimsically? “Did the eagle eat them all?” Bolton wanted to quip that unfortunately the eagle ate all the arrows too (hence the $21 trillion mystery hole in the US defense budget)—but quickly realized that Trump might hear about this, fly into a rage and send him skedaddling, and so he bit his tongue. Bolton’s normally florid complexion made it impossible to tell whether or not he was blushing. Flying halfway across the globe to have your national emblem ridiculed is indeed a blushworthy event for a government official, but with Bolton we simply don’t know whether he is a high-octane alcoholic, whether his temperament makes him naturally apoplectic, whether he is just permanently embarrassed to be John Bolton (I know I would be) or any or all of the above. I wouldn’t be surprised if his Secret Service handle is “Mr. Pink.”

Collapse for the Oligarchy

My taxonomy of collapse, which I explained in detail in my Five Stages of Collapse, published close to six years ago, presupposed a certain canonical collapse cascade. Financial collapse should come first, since finance is fundamentally a confidence game and once it becomes clear to a critical mass of investors that promises made to them will not be kept a financial scheme can collapse instanter, as has happened repeatedly, from the Dutch Tulip Mania collapse of February 5, 1637 to the Wall Street crash of October 24-29 1929. Commercial collapse should logically come next, as commercial credit dries up due to the financial collapse. Next is political collapse, as tax receipts dwindle because of commercial losses and falling incomes. Social and cultural collapse come dead last.

Since then, as I’ve watched various collapses unfold, I have been noticing, to my dismay, that the canonical collapse sequence is not always being followed. Yes, there are cases where financial collapse still leads, commercial collapse follows it and political collapse comes next. But there are other cases where social and cultural collapse are definitely in the lead while the financial realm remains intact. It is kept afloat using desperate measures, by playing ever more brazen confidence games or through outright fraud. But commerce continues to serve the needs of those who still have some money even as the political realm steadily degenerates into an unfunny farce. Did I get my collapse sequence wrong?

For quite a while I marveled at this turn of events, not sure what to make of it, but eventually it dawned on me that two types of collapse are possible: one is, let’s say, organic; the other, engineered. And shortly thereafter it became clear to me who would want to engineer collapses in just such a manner—by collapsing society and culture first. 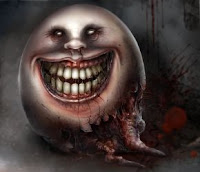 According to the English nursery rhyme, “Humpty Dumpty sat on a wall, Humpty Dumpty had a great fall. All the king's horses and all the king's men couldn't put Humpty together again.” It is often presented as a riddle, and children are prompted to guess that Humpty was an egg. This is, of course, the wrong answer: the right answer, as all up-to-date children should know, is that Dumpty is the US dollar.

But back to the nursery rhyme: why would all of king’s men attempt to put together a broken egg, and why would horses be sent in to help? In fact, Dumpty was not an egg but a large cannon that accidentally fell from a castle wall during the English Civil War of 1642-49 and smashed into pieces. Another nursery rhyme, “Ring a ring o’ roses,” is about the Great Plague of 1665. Nursery rhymes aren’t about childish things; they are about serious things, like civil wars, pandemics… and currency collapses.

One of the most impactful events of the early 21st century is the US dollar's undoing as the world’s main reserve currency. Since many people will immediately demand to know when exactly this will happen, let me rush to supply them with the correct answer: this will happen early in the 21st century. As to how exactly it will happen—well, that’s the interesting part.

A HOUSEboat vs. a houseBOAT 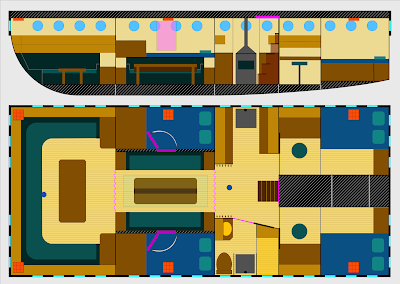 The most important design aspect of a tiny house is the success of its interior layout. The tight quarters may look quaint on paper but in reality turn out to be claustrophobic. The need to stoop and to contort yourself to fit into the small spaces may lead to bumps on the head and cramps. Lack of storage may seem inspirational for those aspiring to minimize their earthly possessions, but inevitably results in clutter. Lack of private spaces may inspire greater intimacy short-term but lead to strained relations in the longer term. And so on.

The set of such problem to solve is even greater when designing a houseboat because of the need to compensate for the almost constant rocking motion in all but the most sheltered marinas and anchorages. Berths (beds) have to be oriented with the head pointing aft: cribs rock side to side and while having your feet bounce up and down is tolerable, having your head do the same generally isn’t. There can’t be any sharp corners, especially where your head or your knees and elbows might end up, and there have to be handholds within easy reach. Shelves and tables have to be fitted with fids to prevent items from rolling off. Dealing with the inevitable condensation is far more important on a boat due to its proximity to water. (Many sailboats will drip cold water on your head as you try to sleep.)

These problems are easily solved by paying a few million dollars for a megayacht, but our goal is to make living aboard an affordable, comfortable, competitive alternative to paying rent. Not only does this tiny house have to float, but it has to be mobile and move both under engine and under sail. The constraints that this imposes on its design are quite formidable. Consequently, only now, after several years of design effort, is it approaching the point where there are no conceptual problems that remain to be solved and construction planning can begin. 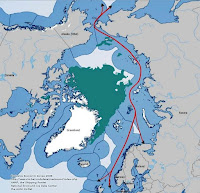 I was recently contacted by Sam Mitchell, who has a Youtube channel called Collapse Chronicles and has been interviewing the usual suspects including Jim Kunstler. And since I generally don’t mind going wherever Jim goes, I agreed to give him an interview. You can hear the audio version here and suffer through the bad sound quality, or you can just read my enhanced distillation of it below. The interview was cut short because the VOIP connection failed.

Sam: Have your views become somewhat darker since you published The Five Stages of Collapse a few years ago?

Coppered Bottom is a No-Brainer 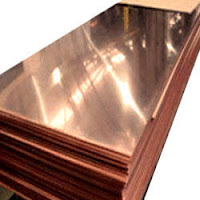 The last post attracted some attention from various places around the net. One in particular—the forum Sailing Anarchy—attracted over 400 visitors. I followed the link and tried participating in the discussion.

The sailing anarchists just couldn’t wrap their heads around the concept of a houseboat as a lifehack that lets one avoid getting wiped out by exorbitant real estate prices and rents. Well, I’ve said this many times before, but I’ll say it again, briefly: in the US, housing is a racket, on par with other rackets, such as health care, higher education, national defense and quite a few others. The very lightly regulated recreational vessel space offers a wonderful opportunity to escape the landlubber debt trap.

The Reichstag is Ready to Burn Again 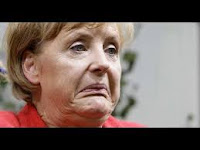 Exactly three years ago I ran an article sent to me by Alex S. from Germany, reproduced in its entirety below along with several translations. It has turned out to be remarkably prescient; in the intervening three years, events in Germany have unfolded entirely in accordance with his predictions. Germany's political system is coming apart. In response, Merkel and those who stand behind her appear to be reactivating the script followed by the National Socialists after the event of February 23, 1933: a fire at the Reichstag was used as an excuse for a political clampdown on the opposition. Similarly, immediately after the demonstrations in Chemnitz the German press rushed to label the demonstrators as fascists and extremists.

Global Research: We’re joined by Dmitry Orlov. He is a Russian-American writer, blogger, and geopolitical analyst. His work has centered around the political, economic, and ecological and political decline and collapse in the United States, and he’s also the author of numerous articles. His books include Reinventing Collapse: The Soviet Experience and American Prospects and Shrinking The Technosphere: Getting A Grip On The Technologies That Limit Our Autonomy Self-Sufficiency, And Freedom. He joins us here from Moscow. Thanks so much for coming back to the show Dmitry.

Dmitry Orlov: Good to be with you Michael.

GR: Now I think the first thing I wanted to bring up is some of the recent news. There was the… Recently the shooting down of a Russian Il-20 reconnaissance plane by Syrian forces, but it was, the Russian military has argued that this is actually a result of Israeli actions, just, sort of, I guess you say shadowing that plane, and it was in response to that incident that a number of S-300 missile systems were moved into Syria.

I know that there’s beeen commentary by…The Saker, for one, said that this is a de facto no-fly zone over Syria. Now we know that things have not been going so well up to now for US imperial aims in the country. I’m wondering what, how significant this latest event is in the overall context of what we’ve been seeing?