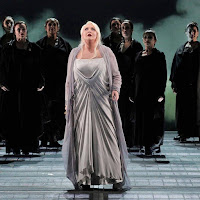 It looked great on paper. Get Joe Biden into office, get Janet Yellen to print many more trillions of dollars, inflate the Everything Bubble to astronomic proportions and then... pop it, of course, but in a delicately choreographed manner so that those who are well connected and in the know head for the exits first and make a killing while everyone else ends up sleeping in cardboard boxes on median strips under highway overpasses. What did you think they were going to do, make America great again? That bit of populist demagogy was a bit too transparently bogus even for The Donald. He just wanted to sell some hats.

In any case, back to the plan. It was a beautiful plan, and it could have worked out just great for Biden's presidential coffin and all who sail in her, except for one tiny problem...

Which kind of propaganda do you prefer, the Russian kind or the American kind? Since neither can be said to be the actual unbiased truth (the term "propaganda" is a dead giveaway) and since it seems important for you to know the actual unbiased truth (please tell me why) you may like neither. But it's one of those situations where you have to choose because telling the actual unvarnished truth in a sufficiently detailed and factual way would surely put you to sleep. By now I have learned how to keep an audience awake, and it's by telling a story—a narrative, if you will. And a story, to be interesting, has to have a main protagonist and one or more antagonists. That's just how our monkey brains are wired, so don't blame me!

Speaking of brains, American propaganda seems a bit brain-dead: it is sedative, somniferous, somnolent and stupefying (that's a poetic device called alliteration, by the way). Just look at these silly headlines (slightly edited for effect):

• "Americans ready to impose more sanctions on Russia for the poisoning and arrest of leading Russian opposition candidate to stop a German-Russian consortium from completing an economically necessary natural gas pipeline to Germany" (Oops! One of these things is not like the others!)

Please allow me to explain to you why this American propaganda onslaught is having the opposite of its intended effect.

Voices from the Grave by Microsoft

In my 2016 book Shrinking the Technosphere, I wrote:

...[A] movement will develop to virtualize people in their entirety, their heads included, by replacing them with computer simulations. At first this will be done to keep your loved ones seemingly alive once they have passed away, but later people of child-bearing age will decide that having virtual, simulated children is much less troublesome than having physical ones, what with all of the expense of giving them neural implants and later having their bodies amputated. People in their advanced years, fearing the onset of dementia, will opt to have their brains digitized ahead of time to avoid embarrassing themselves on social media.

And this will set in motion the final, inexorable trend in which actual, physical humans will be replaced with computer simulations of them. By then computing power will have progressed to the point where the simulations will bear an uncanny resemblance to the supposed original, being able to text things like “OMG!” and “LOL!” and exchange selfies of their simulated duckfaces in front of simulated tourist locations just like the originals once did. 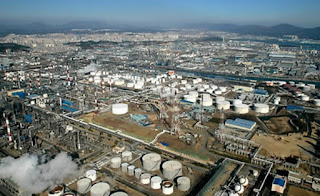 I wonder, at what point will it become obvious to a critical fraction of people that the problem being addressed by shutdowns, lockdowns, curfews and various other supposedly epidemic control measures, which are really consumption suppression measures, is not epidemiological but petrochemical, driven by the need to curtail the consumption of oil in a systematic and symmetrical manner? After all, this has become obvious to me already. Can it really be that I am alone? Please allow me to clue you in.

The political situation in the US being rather confused at the moment, it would be foolish to add to the already ridiculously huge pile of political commentary another brick of political nonsense. To boot, I would have trouble laying such a brick since I truly, deeply, sincerely don't care. Over a decade ago I have successfully predicted the collapse trajectory the US would follow and can now sit back in Buddha-like contentment, repeating my favorite political mantra: "The US is not a democracy and it doesn't matter who is president." Recent developments have forced most sentient life forms to agree with me that the US is not a democracy; and it is a matter of time before they also concede that it doesn't matter who is president.

The path forward for the US is perfectly clear: there isn't one. At least there isn't a path forward for the US as it had been conceived of and constituted up to but not including the present. Of course, something or other will continue happening, no matter how nasty and dismal. For example, a viable though particularly nasty development would be to bring back the institution of slavery, in the form of prison labor. The system is already in place; it just needs to be enlarged. One traditional way of enlarging it, perfected during the Great Depression, is to dispossess millions of people, then arrest and imprison them for vagrancy.

I will have more to say about this later, but what I want to do here is take many steps back and look at an interesting hypothetical situation: what would Genghis do? What would come of the US if it were part of Genghis Khan's Empire of the Blue Sky?

The Mongol Empire, or the Empire of the Blue Sky, once encompassed most of Eurasia and the Russian Federation, in many ways its inheritor, still encompasses a major chunk of it. When the Golden Horde (the westernmost part of the Mongol Empire) faded out, it melded with the Russian Empire which was burgeoning at the time, and as the Russian Empire spread east toward the Pacific and China it absorbed peoples already inured to Mongol rule as a superior alternative to the horrible fate of endlessly fighting each other. It took some time for the Mongol term "yasak" (tribute) to be replaced with the Russian "nalog" (tax). It is Genghis Khan's great genius, and the ethos it produced, that has produced the world's largest land empire that, under different names, has persisted for seven centuries, and that neither Napoleon nor Hitler could destroy.

The Empire of the Blue Sky was prevented from expanding to the Americas by the geographic impediment of the Bering Strait (the Mongols were not seafarers, which is why they conquered and ruled Korea but not Japan). But Bering Strait was a land bridge as recently as 13000 years ago, and so this is just a quirk of timing. For the sake of this discussion, we'll assume that the descendants of Genghis were able to drive their herds and their wagons loaded with yurts across to the Americas and after a few decisive battles, and perhaps some slaughtering of the uncooperative and the unreasonable, peace was established. Let's imagine the empire died back a bit in recent decades because of drought on the prairie, but after a few years of plentiful rains its herds recovered and it came roaring back. Upon stampeding into Washington to sort things out once again... what would the Great Khan find on arrival? And what would he do about it?

Continue reading... [on Patreon] [on SubscribeStar] [NEW! on Telegram] 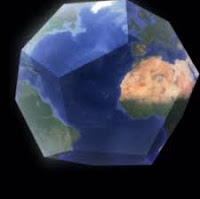