A Seasonal Homily: Gratitude and Joy! 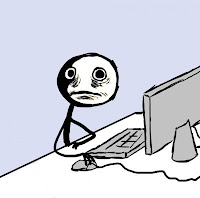 Merry Christmas!—but, if you don’t like the idea of celebrating the 2019th birthday of an infant born of a chaste union between a virgin and the Holy Spirit who went on to die for your sins to save you from an eternity in hell, then Happy New Year! Be grateful that the Earth—our one and only planet—managed to make it around the sun one more time without getting struck by a giant rock or sterilized by a burst of interstellar radiation. You can be grateful most efficaciously if your gratitude is directed toward a deity and/or deities of your choice who you feel have provided you with such benign conditions. Doing so may help you feel a measure of joy. Failing that, you can be grateful to me personally, for providing you with things to read and to listen to designed to keep you sane in the midst of an increasingly insane world. If so, you can click here and send me a present. And then I will feel joy too.

Gratitude is important. It is the way of the world that the grateful and contented thrive while the ungrateful and disgruntled languish and perish. No matter how bad things are, you can still be grateful for something. Each person’s situation is different with respect to gratitude, but zooming out a bit and looking around the world around this year’s end we can easily spot a number of things for which we can all be grateful. 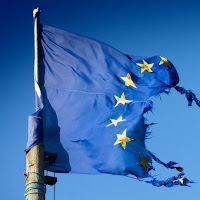 In 2019 the European Union, will, in a sense, cease to exist: the no-longer-so-great Britain will no longer be part of it. True, it will still include such priceless gems as Latvia and Moldova, but of the three core Western European nations only two will be left, and of the remaining two one is in the grip of popular protests, with exit from the European Union featured prominently among the protestors’ demands.

If the European Union proceeds to shed members until it dissolves, such a development should be regarded as perfectly normal. Europe has never been unified for long, and the EU, which one may consider the Fourth Reich, will have only lasted 46 years (as measured by the duration of Britain’s membership). That is significantly longer than the 12 years that was the lifetime of the Third Reich, but still rather modest when compared to other Eurasian unions: 279 years for the Golden Horde; 298+ years for the multinational, multi-ethnic Russian Empire/Soviet Union/Russian Federation.

The Europeans have typically unified on a temporary basis, in order to attack and exploit other regions, such as Bysantium and Palestine during the Crusades—with mixed results—or Russia, under Napoleon and then again under Hitler—both times unsuccessfully. NATO was and still is really just an American occupation of Europe and doesn’t count. The unprecedented and currently failing effort to unify in order to take full advantage of the Soviet collapse was, briefly, somewhat more successful.

The European Union is said to consist of nations, which have surrendered much of their sovereignty to some unelected bureaucrats in Brussels, but in general the term “nation” is so ambiguous that it is nearly meaningless. Is Catalonia a nation? Is Scotland? Is the dissolution of the EU just the first step toward smaller-scale separatism, followed by regional reintegration along different lines?

The Future of Energy is Bright, Part I

There are numerous disagreements on the topic of energy with substantial, and well substantiated differences of opinion between knowledgeable people. People tend to be blindsided by these, because this topic is at once visceral (you very well know when you are too cold or too hot, and in the dark), political (you very well know when utility bills leave you broke) and technical (you don’t necessary know the difference between a kilowatt and a kilowatt-hour, or that a terawatt is a million megawatts). But it is very important not to be blindsided by these disagreements, because if you end up on the wrong side of this argument, your lack of access to affordable energy is guaranteed to seriously crimp your style.

But there does seem to be one point of near-universal agreement: concentrated forms of energy, and especially electricity, are an essential ingredient of modern civilization. Fuel shortages and price increases are a major cause of social upheaval and mayhem. Power cuts are disruptive, especially to industrial production facilities that require steady state conditions. In hospitals and medical centers they can be lethal. Extended power outages often result in riots and looting. Without refrigeration food stockpiles go to waste; without heat or air conditioning urban centers become unlivable. Commerce, increasingly reliant on distributed information networks for payment processing and inventory control, grinds to a halt. Without elevators high-rise buildings become inaccessible.

If frequent though temporary power cuts are a major nuisance, stable electricity but high electricity prices are even worse because they make entire economic sectors—any that involve running electrically powered industrial machinery—globally noncompetitive. Sometimes all it takes is one bad decision. A case in point: some time ago Lithuania decided to shut down its only nuclear reactor, because it was an old Soviet design—RBMK, the same type as had blown up in Chernobyl, although with numerous safety upgrades, and so dumb politics rather than safety were the real issue. Now the Lithuanians have some of the highest electricity rates in Europe, there is no more industry in Lithuania, and instead they have to look for work in Germany.

A lot of people seem to think that energy is all about fossil fuels, which are bad because burning fossil fuels causes global warming. True, much of our energy, and virtually all transportation energy, comes from fossil fuels. But they are also not as plentiful as we would like, and the world as a whole is depleting the resource base of fossil fuels much faster than it is finding new resources. It is also generally conceded that there are enough of these resources left in the ground to completely wreck the climate—if they are ever going to be produced. Thus, fossil fuel resource depletion, and the fact that most of the remaining resources may turn out to be too difficult and expensive to produce, is actually a sort of blessing in disguise.

Furthermore, most of the fossil fuel resources, as far as quantities of usable products, are past their peaks. China has powered its transformation into an industrial powerhouse using cheap and abundant coal (causing much environmental devastation) but now China’s coal production is declining. Gasoline production, worldwide, peaked around 2006. Heavy oil, and diesel production with it, appears to have peaked in 2018. Natural gas production is still growing, but mostly thanks to new Russian liquefied natural gas production, and to shale gas production in the US, but the latter suffers from very high depletion rates and an overall lack profitability. Though everyone involved in the fossil fuel industry is compelled to paint a rosy picture (lest the investment money dry up) and we are being constantly barraged with optimistic projections, these often turn out to be exaggerated when reexamined in the rear view mirror. In short, we may be more blessed than we know.

But the blessing is also a curse, since a lack of stable, reliable, affordable energy pretty much spells the end of the world as we know it. Perhaps it will make you feel better knowing that you are no longer destroying our home planet as you wander up and down a stretch of abandoned highway collecting dry tree branches for your campfire, on which to cook some rodents you caught with a forked stick, but wouldn’t it make you feel even better if there were a way to keep the lights on without destroying the planet?

Geopolitics & Empire Podcast: How the Technosphere Threatens the Biosphere and our Freedoms 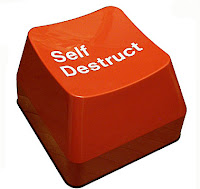 We approach the end of 2018 to a quickening drumbeat of news articles and analyses heralding the demise of the US as a global superpower, its huge and mounting political economic and social problems and its ever-expanding list of strategic and geopolitical failures far too obvious to ignore. There can be many possible views on what comes next, from a gradual or stepwise descent into depression, dysfunction and insignificance all the way to global catastrophe by way of nuclear annihilation, and there are about as many ways of reasoning about such views, based on macroeconomic models, risk assessment methodologies, ardent belief in Christ’s second coming or on good old-fashioned crystal ball juggling. I would like to propose a different method: of reasoning by analogy. It has stood me in good stead before.

Bush41 was an Excremental Planetoid roiled by Wriggling Worms 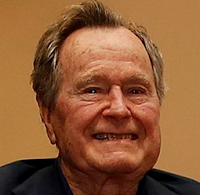 I believe that it is bad form to speak badly of the recently deceased. Doing so may hurt the feelings of the loved ones they left behind and create animosities among the living. Death should be handled with dignity and decorum. Dead people should be forgiven their transgressions, for even the truly evil ones could be said to have done the right thing in the end—which is to have died, thereby ridding the world of their foul presence, their very death an act of atonement.

But is this way of thinking relevant to the timely demise of American political festering orbs, be they democratic suppurating spherical bags of pus or republican excremental planetoids roiled by wriggling worms? Would it not be profoundly disingenuous of you to do anything other than cry out joyfully at their final consignment to the nether regions of Hell? Did you not feel a tiny spasm of exaltation upon hearing that Richard Nixon had died? Did you not feel the urge to do a little happy dance when John McCain bought the farm? And will you not have to restrain yourself from pumping your tiny fists in the air and shouting “Yesss!” when you hear that Henry Kissinger has finally kicked the bucket?