My interview on the final weekly C-Realm Podcast. KMO is moving on, so am I (in various ways) and so we took some time to recap and draw some conclusions. It's the end of an era. Please have a listen.
7 comments:

If you have been paying attention, you may have noticed that the global financial markets are currently in meltdown mode. Apparently, the world has hit diminishing returns on making stuff. There is simply too much of everything, be it oil wells, container ships, skyscrapers, cars or houses. Because of this, the world has also hit diminishing returns on borrowing money to build and sell more stuff, because the stuff we build doesn't sell. And because it doesn't sell, the price of stuff that's already been made keeps going down, lowering its value as loan collateral and making the problem worse. 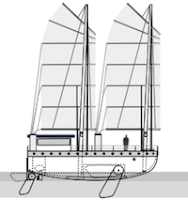 When building a boat, no matter what technique is used, most of the time goes into making the parts. Much of the quality of the resulting hull has to do with the quality of the pieces—the precision with which they are fitted together. Much time is squandered grinding and trimming them to achieve a tight fit. All of this work requires some level of expertise, plus a well-equipped workshop.

This won't work for QUIDNON, which is to be assembled barn-raising style on some sheltered bit of coastline in a few summer weekends by people who have never built a boat before, and, if all goes well, never will build a boat again, boatbuilding being entirely incidental to the far more interesting activities of living aboard a boat and sailing it around.

Therefore, QUIDNON will arrive at the construction site in the form of a set of shipping pallets loaded with all of the parts pre-made. The kit of parts from which the hull is assembled will consist of a large set of plywood panels, milled out using an excessively precise numerically controlled machine. Each piece will be numbered, and each assembly step documented in a printed assembly manual.

On the wall of George Orwell's Ministry of Truth from his novel 1984 there were three slogans:

WAR IS PEACE
FREEDOM IS SLAVERY
IGNORANCE IS STRENGTH

It occurred to me that these apply just a little bit too well to the way the Washington, DC establishment operates.

Sailing through a Meltwater Pulse 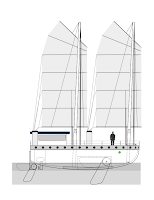 It's January, and the Greenland ice sheet is melting. There was recently a winter hurricane in the North Atlantic, and another in the Pacific. On New Year's day there was a thaw at the North Pole. Greenand is melting; when it melts, the ocean level will go up 20 feet (6m). This will be enough to flood all the coastal cities—permanently. So far, predictions as to how fast this melting will occur have proven to be worthless, with the actual melting rate outpacing them by a huge margin. And although many people still believe that the effect will be gradual—less than an inch a year—another view on the matter is that at some point there will be an avalanche-like collapse of the Greenalnd ice sheet, which will generate a meltwater pulse, sending ocean levels up many feet in a single step.

And there are all those who, whenever I publish something that mentions climate change, crawl out of the woodwork and gnash their exoskeletal mandibles at me, to the effect that climate=weather, and it's all a conspiracy theory. They are idiots and deserve a boathook in the eye. Sailing on... [UPdate: if you think that calling idiots idiots and saying that they deserve a boathook in the eye would dissuade them from posting comments for me to delete, you'd be wrong. That's not how idiots' minds (don't) work. Mention catastrophic climate change, and idiots come running.]

For the sake of this discussion, I will assume a meltwater pulse of 10 feet (3m). What will it mean for those of us who live on the water and sail along the coastline? And, more specifically, what will be the impacts for the sailboat design I have been working on for about a year now—QUIDNON, the houseboat that sails? 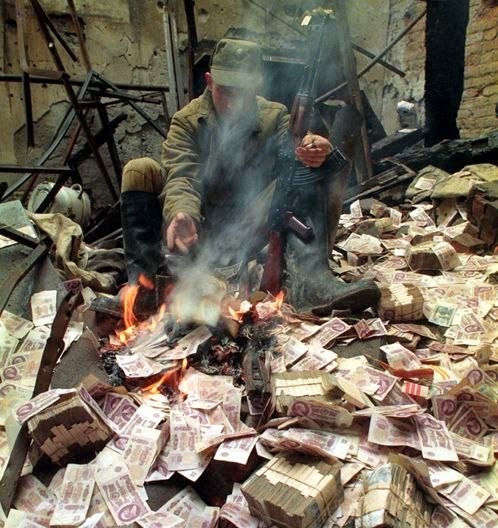 [This is a rerun from March of last year, whose time has finally come. With the new year, a sea change seems to have occurred in the financial markets: instead of “melting up,” the way they used to, they have started “melting down.” My original prediction is that this will lead to more armed conflict. Let's see if I was right.]

Scanning the headlines in the western mainstream press, and then peering behind the one-way mirror to compare that to the actual goings-on, one can't but get the impression that America's propagandists, and all those who follow in their wake, are struggling with all their might to concoct rationales for military action of one sort or another, be it supplying weapons to the largely defunct Ukrainian military, or staging parades of US military hardware and troops in the almost completely Russian town of Narva, in Estonia, a few hundred meters away from the Russian border, or putting US “advisers” in harm's way in parts of Iraq mostly controlled by Islamic militants.

My Prescription for 2016: Collapse Early and Often

We are in the time of year when most sensible animals living in northerly climates are hibernating in burrows and hollow tree trunks, while the somewhat less sensible pundits make their predictions for the coming year. My prediction is always the same—things will go on more or less same as before, until something major breaks, while the probability of something major breaking goes up with each passing year. I have called this event “collapse,” and have predicted, year after year, that it will eventually happen. And so, instead of repeating this less than useful prediction, this year I will instead provide a prescription.