Sometimes, when you read a book, something rings in your head; something that requires a little work to identify but that, in the end, comes out loud and clear. This was the case for me with the latest book by Dmitry Orlov. It reminded me of something and, eventually, I found out what it was. It was one of the many stories by Jorge Luis Borges, “Dr. Brodie's report” (El relato de Brodie); the description of the barbarous customs and the cruel culture of the African tribe of the Hrn; as observed by Dr. Brodie. The Five Stages of Collapse describes instead the barbarous customs and the cruel culture of the tribe of the “Middle Class Westerners” as observed by Dr. Orlov.

It must be said that Orlov and Borges write in very different styles: sometimes Orlov's brilliance hides his depth while, at times, Borges' depth hides his brilliance. And while Borges remains in the allegoric tradition that goes back to Johnathan Swift and his “Yahoos,” Orlov goes direct to his real subject: modern society. But there are points in common. Orlov, like Borges, doesn't hide any of the grim details of what he describes and both Borges and Orlov show a certain sympathy and kindness toward their subject. There are many ways of being human and the great virtue of people such as Orlov and Borges is the capability of appreciating all of them.

If you've noticed, the financial markets have been in a bit of a state lately. The latest crisis has been triggered by the Federal Reserve Chairman Bernanke publicly mouthing the opinion that there shall be a “tapering off” of the frenzied free money printing and US government debt-buying scheme that he has been running for quite some time now.

Life Outside the Mental Comfort Zone

While procrastinating on the topic of Communities that Abide (will it be a series of blog posts, a book, or both?) I'd like to take a step back. I've been running this blog for over five years now, and it's time to take stock.

The subjects I like to explore on this blog lie far outside the mental comfort zone for most people, making it a sort of proving ground of mental fortitude—mine and the readers'. Some topics have become safe for discussion since I started this blog some years ago, others are yet to do so.

It's all about how we use language... This isn't quite funny enough yet, but it's a start. (If there's one thing to which dictators are allergic, it's ridicule. Enough ridicule may even induce anaphylactic shock.)


On a recent visit to the United States, signs of an oppressive security apparatus could be found everywhere. At all national airports, passengers are now forced to undergo humiliating “naked” full-body scans before being allowed to board flights. Surveillance cameras gaze down from just about every corner, recording the movements and actions of the entire public. Incessant warnings on public transportation systems encourage citizens to report any “suspicious activity” to authorities.

Several American villagers interviewed for this story said the ubiquitous government marketing campaign called “If you see something, say something” does little to make them feel safer and, in fact, only contributes to a growing mistrust among the general population.

“I’ve deleted my Facebook account, stopped using email, or visiting websites that might be considered anti-regime,” a resident of the northern city of Boston, a tough-as-nails town synonymous with rebellion, told GlobalPost. (It was in Boston that a local militia first rose up against the British empire.) “But my phone? How can I stop using my phone? This has gone too far!”

American dissidents interviewed by GlobalPost inside the United States say surveillance by domestic intelligence agencies is just one part of a larger effort by the Obama regime to centralize power.

A Healthy Sense of Shame

There is a tendency to regard negative emotions as, well, negative: few of us particularly want to spend time wallowing in guilt, shame, embarrassment, feelings of insecurity or inadequacy, confusion and incomprehension. Cognitive dissonance, which is caused by having to simultaneously accept two contradictory notions, is painful, and even fewer of us like pain (and for those who do, it is not the sort of pain that we tend to like). And yet all of these negative emotions exist for a reason: they provide essential negative feedbacks to our behavior, allowing us to avoid, recognize, and atone for our mistakes. Without them we spin out of control, crash and burn.

This essay is a review of Dmitry Orlov’s excellent new book, The Five Stages of Collapse. I can’t recommend the book highly enough. Orlov is one of the great literary stylists of his generation as well as one of the leading intellectuals. Read more...
7 comments:

We (I and my friend Will Kilburn) have just launched a wunnerful new web site: MassTrails.com. It's a search engine that serves up free, downloadable, printable maps of hiking, biking and walking trails, including state parks, rail-trails, town conservation lands and private land trusts—all the places in Massachusetts where you can trespass with impunity. There are over 2000 entries, making it by far the most complete and up-to-date database of this sort around. Will invested a great deal of time in compiling the database, while I just slammed out some Python and Javascript and CSS to make the whole thing operate. (I wasn't really keeping track but I think the ratio of time spent slamming out code and fixing bugs to time spent  drinking beer with Will was probably near one-to-one.) In case you are curious about the techie details, the database is a JSON document and the search engine is a Javascript function that runs inside the browser, so the whole thing is ridiculously fast and insensitive to server loads. We plan to eventually extend it to cover all of New England. If you want to steal our code and do a similar thing somewhere else in the world, we'd be flattered and give you all the code and maybe even some free advice (if you want it).

KMO welcomes Dmitry Orlov back to the C-Realm Podcast to  to discuss his new book, The Five Stages of Collapse: Survivors’ Toolkit. Dmitry developed the 5-staged model of collapse several years ago, and this conversation is a follow-up to C-Realm Podcast episode 96: Kollapsnik and the Ripping Yarn. In the book, Dmitry presents case studies of people who responded adaptively to collapses of various sorts, and the conversation focuses on organized crime syndicates in post-Soviet Russia as well as the Roma (Gypsies) who have mastered the art of hiding in plain sight, staying flexible, and maintaining a clear boundary between themselves and the larger societies in which they operate.
Music by Mornin’, Old Sport.
Related C-Realm blog post: Descent into Anarchy? 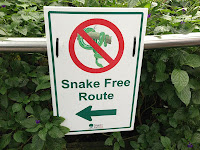 [Update: there are a lot of comments, some interesting, but it seems like a lot of commenters think that I am advocating becoming like the communities I described or holding them up as models. No-no-no! I simply pointed out that they are uniquely successful in terms of their longevity and outcomes, and described the commonalities that make them successful. Please draw your own conclusions. You can run off and join them or damn them all to hell. But please leave me out of it.]

One of my two talks at The Age of Limits 2013 was on Communities that Abide. It was a review of best practices, based on the experience of historical communities that are stable or growing, comprise multiple generations, manage to hold on to their young people, and have a distinctive way of life that is in many cases more sustainable and resilient than that of the surrounding population.