The calendar ticking over into the next year is a traditional occasion to draw some conclusions and make some predictions. Lots of people take this to mean that they should talk about where they think the stock market will go, or how much gold bullion will cost, or what the cost of oil will be. And although I find such matters quite tedious, this year I will indulge them and do the same.

The equation that best describes the stock market at the moment is y=mt+b, a.k.a. the first order linear equation. Meaning, some market index or other (y) must be roughly equal to some fudge factor m (called the slope) times time t plus some base offset b (called the intercept). The way I imagine that works is, a bunch of gnomes that inhabit the entrails of big finance and have access to an endless supply of newly printed dollars lean on the "buy" button periodically to make sure that the index increases monotonically. (Actually, the gnomes might be robots, in which case we could all go extinct and the stock market would still continue to go up.) So, my prediction is that this will continue happening until something breaks. Nobody knows when it will break, or why, because printing money and using it to prop up the price of stocks is a brilliant business plan that can continue working forever. Yes, I know that some people are pointing out that nothing goes up forever. Look at the housing bubble circa 2008, they say, or the internet stock bubble circa 2000. Bubbles always pop, they say. Naysayers! Well, what I want to say to these naysayers is this: This Time It's Different. This is a new and amazing breakthrough: infinite wealth creation is now achievable through infinite money printing. It's like the Singularity! (Remember, you heard it here first.)

As far as the price of gold, the picture is also quite clear: it will stay roughly the same, because similar gnomes have the job of hammering it down whenever it shows signs of exceeding a certain threshold. Doing so is not necessarily a money-making proposition for them, but then who needs to make money when you can just print it? Again, this is a sound business plan with bright prospects as far as the eye can see. There is just one little snag: in places where actual savings do exist, people are switching out of dollars and into physical gold, meaning that at some point the cupboard will be bare, no matter what the price, resulting in something called market failure. Since physical gold cannot be willed into existence, and is currently selling for less than it costs to mine it and refine it, this is potentially a problem. Still, my prediction is that the price of gold will remain fixed, until the fix is off, but nobody knows when that will be, not even I.

Now, the price of oil is even simpler to forecast: it will be between $100 and $150 a barrel, roughly. It may briefly dive to as low as $20 a barrel, but that won't last. The past few years have allowed us to empirically determine that $100/bbl is the price that's necessary to keep the oil flowing in the quantities required to keep the economy humming along, now that all the supergiant fields are in depletion and all the new fields are super-expensive and involve deep-sea drilling or fracking or other expensive and/or risky ventures. Now, you might think that keeping the oil flowing in the quantities required to keep the economy humming along may turn out to be problematic at some point. Never fear! All that has to happen in case of a shortfall is that a bunch more workers suddenly get laid off. Yes, this will briefly affect the unemployment rate, but only until their unemployment benefits expire. After that it will only affect the labor participation rate, which has been trending toward zero, but nobody ever looks at it, so it doesn't matter. When people get laid off, suddenly they are not driving to work or consuming beyond what their paltry SNAP and WIC benefits allows them to consume. This causes oil consumption to drop and the economy is in balance again. At the other extreme, $150/bbl is sufficient to put the brakes on the economy for an entirely separate set of reasons: when expenditure on oil rises above some magic percentage of GDP (empirically determined) expenditure on everything that isn't oil drops enough to curtail economic activity, in turn curtailing oil consumption. So, you see, the system is self-regulating, and can continue this way forever. Until it can't. But nobody knows when that will be, not even I.

The whole thing sort of reminds me of the electricity supply situation on my boat. The picture above is of the electric plug and socket through which up to 30A of juice at 110V flows to my boat from the electric grid on shore. Every month the meter is read, and my credit card is charged for the correct amount. This, I think, can go on forever. In the interests of full disclosure, I do need to tell you that there was a funny plastic burning smell late last night, and some strange buzzing and then snap-crackle-pop sort of thing going on, but it didn't last long. And after that everything was fine again. I did end up having to spend oh maybe ten minutes stripping and splicing electrical cables, but that's OK, I don't mind. So, don't you worry, the system is resilient and self-regulating and can go on and on. Until it can't. But nobody knows when that will be. Not even I.

[There's just two days left to go for the Unspell Fundraiser. If you haven't donated yet, please do, and future generations of children will thank you for it. Meanwhile, here is a lovely guest post by Ray Jason.]

It is Christmastime down here in the Banana Latitudes. Far to the north in the Frenzied Latitudes, the shoppers are body-slamming each other with vigor and venom. In a little Panamanian town square, I savor the sight of the Indio families in from the hills letting their children marvel at the lights and the decorations. Compared to El Norte, it is all so calm and unhurried and moderate. Surely gifts will be exchanged on the big day, but there is none of the fevered gluttony for stuff that soils the holidays in the First World.

As I leave the park to head back to AVENTURA, a faint, sweet music whispers from the little chapel across the street. I cross over and answer its call. It is a choir of children practicing Christmas carols. The beauty and innocence on their faces is enough to inspire a Leonardo to reach for his canvas and brushes. I am spellbound by the sound of these old English folk songs exquisitely rendered in Spanish. Their last song is a playful version of “The Twelve Days of Christmas.”

It being Christmas, here are some unspelled Christmas carols. The juxtaposition of the very familiar and the very unfamiliar seems to be a helpful one. They are also available in PDF format, complete with the magic decoder card: Download PDF.

What do you need to know...

...to read English? Just this. It fits in your wallet. (Print version available here.) 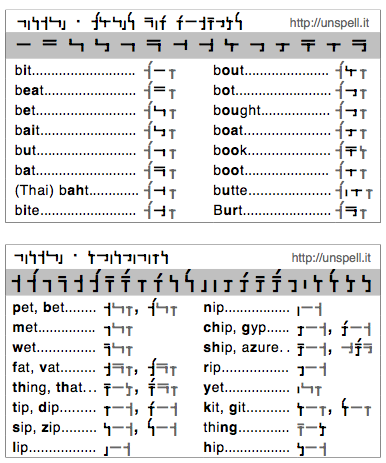 American Collapse, Recovery or Whatever 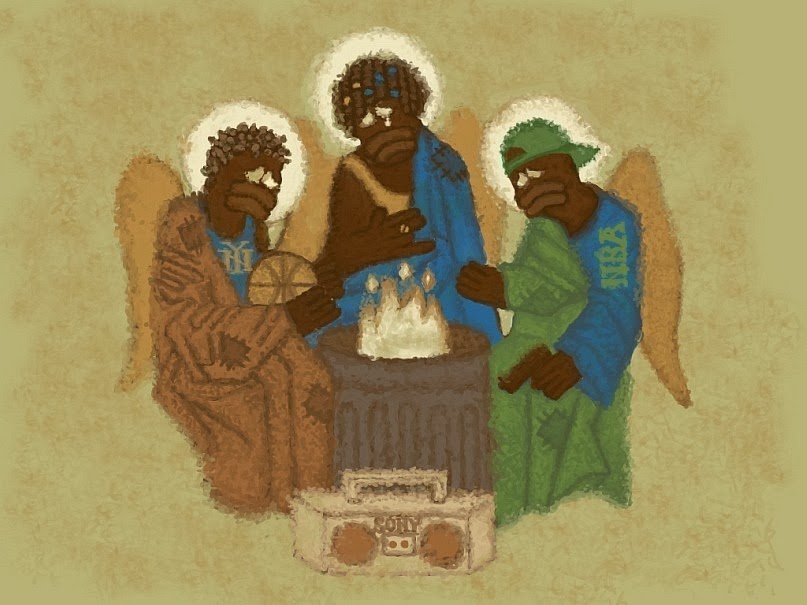 [Guest post by Candace Makeda Moore. Admitting to the reality of collapse would, for many people, mean biting the hand that feeds them, even as that hand feeds them less and less, making them wonder if the hand itself might be edible... which it is.]

“Don’t call me a whore!” a friend wrote me angrily. She was correcting me, explaining that her current work was not true prostitution because it only involved massage and hand jobs. I hadn’t paid attention to precise nomenclature as I was trying to convince her to quit. My point was that by working as a prosti…prostassage therapist she might severely limit her future employment possibilities. She was furious that I had lumped her in with women who walk the streets.

China Pushes Back Against English Language

There is a movement afoot in China to strip English language of its status by dropping the English language requirement from the Gaokao (China's national higher education entrance examination). Typical reaction:


How many Chinese have been hurt by the English education? It should have been abolished long ago. English is a language and should be studied as such. But Chinese students force themselves to remember the English vocabularies as imprinted signs for exam purposes...

The problem, as far as I understand it, is not with spoken English, which is actually quite simple and quite useful for communicating with people around the world. The problem is with English being taught as a written language, forcing Chinese students to memorize thousands of arbitrary sequences of Latin characters of which written English is composed. By a standard measure of phoneme-grapheme correspondence, English spelling is less than 1% phonetic, compared to 99% for Spanish and Italian, 95% for Russian and 90% for German.

Perhaps the Beijing Municipal Education Commission and China's Intelligence Research Academy would enjoy taking a look at Project Unspell. Why make students attempt to decipher spelled English when they can achieve the same results by learning 39 new characters and using a piece of software?

Project Unspell in the News