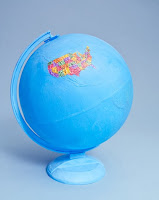 It has been 12 years since I published my essay “The Five Stages of Collapse” in which I first proposed a taxonomy of collapse, teasing it apart into financial, commercial, political, social and cultural collapses, together with what I conceived of as a canonical collapse sequence, where each stage of collapse triggers the next. It worked well enough, in hindsight, for the USSR and, as a thought experiment, for the US, but now, in 2020, in the harsh light of actual collapse that is unfolding in many parts of the West and especially in the formerly United States, it appears that my initial assessment was based on an overly positive view of human nature, at least as far as the nature of the humans who inhabit these parts.

Viewed through rose-colored glasses, my canonical collapse sequence started with kindly, green-visored financiers sitting in pews in quiet deliberation and wisely deciding in unison that, given factors such as resource depletion, climate catastrophe, pandemic or some other combination of force majeur circumstances, further commercial or consumer credit should not be extended and budget deficits should not be financed since the probability of this new debt being successfully repaid in full would be too low. In turn, captains of industry would prudently curtail production and cut staff, focusing on producing necessities (such as spare parts) instead of frills (such as nonessential upgrades). In turn, lack of tax revenue from slowing commerce and unemployed workers, coupled with the inability to finance budget deficits, would cause the government to cut spending and limit its activities to the barest essentials in an effort to avoid, or at least to stave off, national bankruptcy.

Civil society, composed of civic organizations and charitable individuals who care for the common good, would then attempt make up for the lack of government services, redistributing scant resources in order to meet dire needs and avoid social collapse but fail to do so for lack of resources. Once civil society turns out to be too weak to fulfill this function, people would fall back on their families and friends, who, being bound together by a strong and cohesive culture of human relationships, continue to insist on maintaining essential standards of well-being. If starvation, violence and disease take enough of a tall to make it impossible to maintain generational continuity children turn feral and cease to resemble humans. But if this outcome is avoided an eventual partial recovery at a lower level of resource expansion and lower population levels remains a possibility. While financial, commercial and political collapse may be unavoidable, social and cultural collapse may not be.

Should conditions later improve, isolated extended families and family groups, having painstakingly preserved their culture and traditions, passing it on from parents to children and from grandparents to grandchildren, would come back together, reconstitute society and choose leaders who would form new polities. Commerce would make a comeback, and if conditions remain sufficiently stable and favorable, the concept of issuing debt (cautiously borrowing from the future to accelerate the pace of recovery) could eventually be mooted. And should conditions deteriorate forever, all the way to biological extinction, this civilization would leave behind majestic ruins, splendid works of art and libraries of literary and scholarly gems to inspire and amaze civilizations of the future.

Collapse is an inevitable eventual outcome for all capitalist economies and all growth-driven socialist ones. Infinite economic expansion within a finite physical environment is a concept that is valid only to imbeciles, the insane and Nobel prize-winning economists. The collapse scenario described above is the best-case collapse scenario. Alas, it is not the scenario we presently see unfolding in the large developed country that is by far the farthest along on the collapse trajectory—the United States. And so it is time to throw away the rose-colored glasses and look at what the worst-case scenario might look like, informed by a more realistic view of the humans involved, for no natter how sympathetically we attempt to view them, they do not appear to be the sorts of paragons of virtue that would make the best case collapse scenario possible.
Continue reading... [on SubscribeStar] [on Patreon] 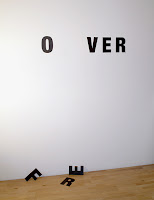