International politics is a daunting subject for many. Understanding what is happening requires knowledge of history, firsthand experience with various countries and cultures, some understanding of foreign languages (since the information that’s available in English tends to be incomplete and slanted in a particular direction) and much else. But there is another approach that can produce good results even for a seven-year-old: reading facial expressions and body language of world leaders.

When everything is routine, world leaders generally manage to remain poker-faced or (in the case of American politicians) grinning stupidly with a vacant-eyed stare. But when things get interesting all sorts of ticks and grimaces and strange gestures and postures start showing up. And when you see one of the “world leaders” (in quotes because I use the term facetiously) looking like his entire life is flashing before his eyes at a joint press conference, you can be sure that something very funky is going down.

To wit: here is the Ukraine’s new, popularly elected president, Vladimir Zelensky, appearing next to Donald Trump and looking for all the world as if he really doesn’t want to be there. A bright seven-year-old will tell you that much (I checked) but we adults wish to know more. And so I will oblige and fill you in on some of the salient details. 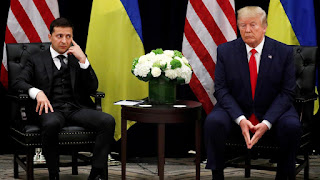 Sergei Lavrov: “World at a Crossroads and a System of International Relations for the Future”

Sergei Lavrov is a world-class diplomatic heavyweight and Russia's foreign minister. As the saying goes, if you don't deal with Lavrov, you'll end up dealing with Sergei Shoigu, defense minister. This speech is important in the context of the borderline nonexistent relations between Russia and the United States. It explains why that is and orders ways out. The question is, are American government officials capable of accepting reality and acquiescing to the fact that the world has changed and that they are no longer the ones calling the shots.


These days, the 74th session of the United Nations General Assembly opens up. So does a new international “political season”.

The session begins at a highly symbolic historical moment. Next year we will celebrate two great and interconnected anniversaries – the 75th Anniversary of the Victory in the Great Patriotic and Second World Wars, and the establishment of the UN.

Reflecting on the spiritual and moral significance of these landmark events, one needs to bear in mind the enormous political meaning of the Victory that ended one of the most brutal wars in the history of mankind.

The defeat of fascism in 1945 had fundamentally affected the further course of world history and created conditions for establishing a post-war world order. The UN Charter became its bearing frame and a key source of international law to this day. The UN-centric system still preserves its sustainability and has a great degree of resilience. It actually is kind of a safety net that ensures peaceful development of mankind amid largely natural divergence of interests and rivalries among leading powers. The War-time experience of ideology-free cooperation of states with different socioeconomic and political systems is still highly relevant.

It is regrettable that these obvious truths are being deliberately silenced or ignored by certain influential forces in the West. Moreover, some have intensified attempts at privatizing the Victory, expunging from memory the Soviet Union’s role in the defeat of Nazism, condemning to oblivion the Red Army’s feat of sacrifice and liberation, forgetting the many millions of Soviet citizens who perished during the War, wiping out from history the consequences of the ruinous policy of appeasement. From this perspective, it is easy to grasp the essence of the concept of expounding the equality of the totalitarian regimes. Its purpose is not just to belittle the Soviet contribution to the Victory, but also to retrospectively strip our country of its historic role as an architect and guarantor of the post-war world order, and label it a “revisionist power” that is posing a threat to the well-being of the so-called free world.

Trouble at the Asset Detox

Remember the term “toxic assets”? Google Trends shows a huge spike for this search term in March of 2009 and then… nothing. We don’t call them “toxic assets” any more, we just call them “assets” now, please don’t talk back and just listen. There are some things you just have to accept as facts.

That’s why the US federal debt will NEVER be defaulted on no matter how huge it gets. These are articles of faith in the US financial system. You want your swipey-card to continue working at the supermarket, don’t you? If so, go on believing! Not only that, but keep clapping… because if you don’t, this is what will happen and children everywhere will burst into tears.

Who Blew Up The Oil Market? 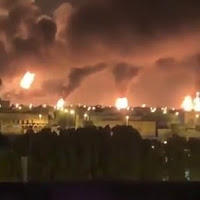 It couldn’t have happened to a nicer oil processing plant. There it was, sitting out in the Saudi desert, processing seven million barrels a day of crude oil, defended by hundreds of billions of dollars’ worth of “made in the USA” weapons systems, and the Yemenis take it out using some drones they knocked together in a bombed-out garage, programmed by somebody’s nerdy AI-whiz nephew. And now, all of a sudden, 8% of global oil production can’t be shipped because until it’s processed it isn’t exactly oil. What happened, who is responsible, and what does it mean for you? Please allow me to lay it all out for you… 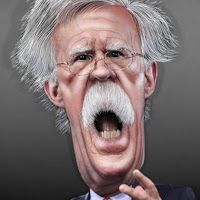 Lots of people have had lots of things to say about Trump’s firing of his odious, warmongering national security advisor John Bolton, but none of them stated the obvious. And so, once again, it is my turn to step into the breach and set everyone straight on the logic behind Trump’s madness, because it actually exists and is simple, rock-solid and effective. Furthermore, it will work every time, and there is nothing anyone can do to stop him. 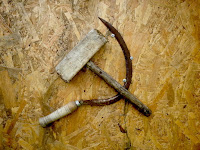 My book The Five Stages of Collapse: Survivors' Toolkit is out in Swedish.

Collapse and the Technosphere