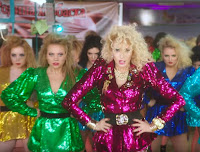 Having spent a good while marveling at the results of the recent elections of the European Parliament, I have come to a conclusion as to where all of this is going. In the past, there were two distinct meanings of the English word “party”:

2 a formally constituted political group, typically operating on a national basis, that contests elections and attempts to form or take part in a government.

The Limits of American Destructiveness 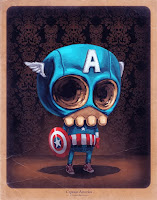 US foreign policy has always been directed at wrecking anything that wasn’t deemed sufficiently American and replacing it with something more acceptable—especially if that something allowed wealth to flow into the US from the outside. Compromises were reserved for the USSR, but even there the Americans constantly tried to cheat. For everyone else there was just submission, which was usually tactfully disguised as a positive—a seat at the big table which offered better chances for peace, prosperity and economic and social development.

Of course, it was a simple enough matter to pierce this veil of hypocritical politeness and to point out that the US, living far beyond its means, has only managed to survive by looting the rest of the world, but anyone who dared to do so would be ostracized, sanctioned, regime-changed, invaded and destroyed—whatever it took.

The US establishment has lavished its wrath on anyone who dared to oppose it ideologically, but it reserved its most extreme forms of malice for those who dared commit the cardinal sin of attempting to sell oil for anything other than US dollars. Iraq was destroyed for this very reason, then Libya. With Syria the juggernaut bogged down and stalled out; with Iran it is unlikely to ever get started.

Ethnogenesis: The Map and the Data

Before we move on to discussing the very significant modern-day implications of Gumilëv’s theory of ethnogenesis, I want to present, in condensed, summary form, the data this theory is based on. According to this theory, the biogenetic phenomenon that underlies all of human history is triggered two or three times per millennium, seemingly randomly, and always along a band just a few hundred kilometers wide that spans just one side of the planet and follows the great circle (which is the shortest path between two points on a sphere). These bands are variously oriented and lie outside the plane of the solar system, suggesting that the bursts of mutagenic radiation come from outside the solar system. After some human population that happens to be within the narrow band gets zapped, there follows an incubation period of over a century during which the mutant gene spreads through the population; only then does the fun start.

All of this makes the subject a damned difficult one. A vulcanologist might be pleased with the frequency of two or three major events per millennium, but then would not be so pleased with the complete lack of geological evidence; all that remains is written is history and archeology. An evolutionary biologist would say that a few thousand years is too short a time frame to work with (the entire span of human history is barely 20 centuries). And how would a geneticist look for markers within the Y chromosome of men who’ve been dead for many centuries that happen to correlate with the trait of “willingness to die for an abstract cause”? But just because a theory cannot be attested based on physical evidence does not automatically invalidate it. There is another method—preponderance of circumstantial evidence—and this is where Gumilëv happens to truly shine. He assembled 20 centuries’ worth of historical and archeological data into a single map that shows who got zapped by space rays where and when, and discussed the results of each such event in great detail. Here, then is the map.

Quidnon’s steering has evolved quite a lot since the original concept. Now all that’s left of the original concept is the idea that the rudder should have a kick-up blade: when sailing across shallows it should gently float up instead of getting torn off or getting stuck, and when the boat settles on its bottom at low tide the rudder blade should automatically get itself out of the way. Only now has a good solution to this problem has finally been found.

The way a lot of otherwise intelligent and well-informed commentators are sounding, a war between the US and Iran could break out at any point. Their evidence in favor of this view consists of some US aircraft carriers that are supposedly en route to the Persian Gulf, which Iran threatened to blockade if attacked. To do so, Iran wouldn’t actually have to do anything kinetic; it would suffice for it to threaten to attack some oil tankers for their insurance coverage to be voided, preventing them from loading cargo or setting sail. That would block deliveries of close to two-thirds of all the crude oil that’s shipped by sea and cause a truly staggering amount of economic damage—so staggering that the oil-fired economies of the oil-importing nations (and even some of the oil-exporting ones) may never recover. 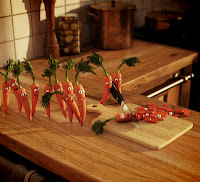 We all tend to be fooled by perspective: foreshortening causes objects close to us to appear relatively larger to objects farther away. This is also true of history: our view tends to be obstructed by recent events, making us accept as the immutable order of creation patterns that may be no more than a temporary, transient aberration. It doesn’t help that history is generally just a bunch of stories, mostly about notable people and important events, and not at all the sort of highly processed, abstracted data that would allow us to see immutable patterns. Yet these patterns do exist, they can be perceived by looking back over several thousand years of archeological record and recorded history, and they tell us a great deal about what is happening now and what the future is likely to hold. And the most striking feature of all this is that history is made by mutant humans whereas normal humans generally subsist in whatever fashion nature and their local environment allows without leaving much of a trace.

Historians and archeologists are a pompous lot and tend to prattle on about civilizations and cultures, but if we take all of their work together and crunch it down to numbers we discover that most of the time and in most places there is really not much of a civilization to write about and cultures are mostly static things that go around in circles, and only once in a while something notable happens: the emergence of a new culture or civilization. All of a sudden a tiny group of Mongolian tribesmen conquers half of Eurasia by organizing nomadic tribesmen into a great military, or a tiny group of Taiwanese tribesmen colonizes numerous islands in the Pacific Ocean in outrigger sailing canoes. Other tribes build pyramids (Giza, Teotihuacan, Chichen Itza) or temple complexes (Angkor Wat), or dig giant canal systems that cause deserts to bloom. But such events are few and far between and no historian can tell you what triggers them or what determines their timing. But there is a clear answer and it is, in a word, mutants. 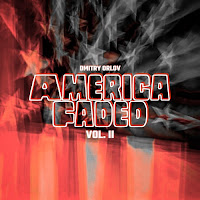 Although the Quidnon blog has been quiescent for the past three months, there has been some good progress on completing the design, and I can now report these results and see what comments, ideas and suggestions emerge. It takes time to come up with simple and cheap solutions to complex and potentially expensive problems.

America, You Are Fired!

Some ironies are just too precious to pass by. The 2016 US presidential elections gave us Donald Trump, a reality TV star whose famous tag line from his show “The Apprentice” was “You are fired!” Focus on this tag line; it is all that is important to this story. Some Trump Derangement Disorder sufferers might disagree. This is because they are laboring under certain misapprehensions: that the US is a democracy; or that it matters who is president. It isn’t and it doesn’t. By this point, the choice of president matters as much as the choice of conductor for the band that plays aboard a ship as it vanishes beneath the waves.

I have made these points continuously since before Trump got into office. Whether or not you think that Trump was actually elected, he did get in somehow, and there are reasons to believe that this had something to do with his wonderfully refreshing “You are fired!” tag line. It’s a fair guess that what motivated people to vote for him was their ardent wish that somebody would come along and fire all of the miscreants that infest Washington, DC and surrounding areas. Alas, that he couldn’t do. Figurehead leaders are never granted the authority to dismantle the political establishments that install them. But that is not to say that it can’t be done at all.