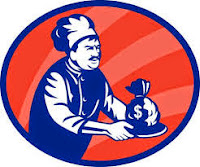 The entire world watches in dismay as the whites in the US genuflect in supplication before the putative descendants of African slaves, accepting their collective guilt and their collective punishment.

Throughout history, tribute has been considered a more civilized, less violent and more reliable end efficient alternative to occupation, rapine and plunder. Vanquished races were often quite happy to pay their conquerers an annual share of their wealth for the sake of being left unmolested and perhaps even protected from other invaders, and being allowed to keep some semblance of their former dignity intact. Relationships based on tribute sometimes improved over time. A famous example is the Golden Horde, which ruled Russia for a few centuries. It started with rapine and plunder, proceeded to relations based on tribute and eventually developed into a relatively copacetic arrangement based on mutual recognition and respect, where Genghis Khan’s descendants ruling from the capital of the Golden Horde on the Volga near the Caspian Sea issued writs (called “yaklyk”) which legitimized the rule of Russian princes over their various domains, including the Great Prince, which with Ivan the Terrible became the Czar and with Peter the Great the Emperor. Mongol rule protected Russia from the predations of the Catholics and, consequently, spared it the agonies of the Reformation, allowing it to develop into a separate Christian Orthodox civilization which abides to this day.

Tribute still plays a major role in today’s world, but it is uncertain for how much longer. Countries which use the US dollar in international and sometimes also in domestic trade implicitly acquiesce to the authority of the United States. They know full well that should they transgress against their masters in Washington their access to the US dollar will be cut off and their economies will languish. The US dollar remains for now as a relict of former neocolonial times (while just about everybody is ready to conclude that the US empire is in an advanced state of decay and is rapidly nearing its end). Meanwhile, a related but diametrically opposed phenomenon has been on the ascent: the demand for the payment of reparations based on the admission of collective guilt based on a system I will call Repent&Pay™.

Let’s ask some purely rhetorical and completely ridiculous questions. Where the Mongols guilty of invading Russia, and, if so, should Mongolia admit its historical guilt and Repent&Pay™ for the hundreds of years of oppression its ancestors visited on Russia? But wait, they weren’t the only ones to invade Russia. Poland needs to repent and pay for their invasion of Moscow which ended in 1612. And the French are guilty of invading Russia just 200 years later, in 1812. There were other foreign interventionists, including the US, during Russia’s civil war following the revolution of 2017. Finally, there was the German invasion of 1941-1945; shouldn’t the Germans (and their collaborators in other nations) Repent&Pay™ for it too? But wait, we are only getting started…

Continue reading... [on SubscribeStar] [on Patreon if you want some of the money that should go to me instead get sent to Black Lives Matter, and from there directly to the DNC and the Joe Biden campaign]