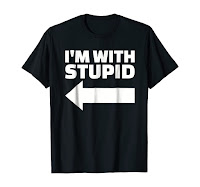 You may or may not be a huge fan of poisoning lots of people but, let’s face it, chemical warfare has definitely fallen out of fashion. During World War I casualties from chemical attacks numbered somewhere around half a million. During World War II over a million people were killed using Zyklon B. Later, in 1988, Saddam Hussein’s forces used chemical weapons  (which were provided by the Americans) against the Kurds at Halabja, killing as many as 5000 of them and injuring perhaps twice as many. But since then alleged uses of chemical weapons have been largely political.

An example is the 2018 chemical warfare attack in Syria’s Eastern Ghouta, which netted fewer than a hundred casualties and was highly likely (applying a contemporary Western standard of proof) a Western provocation against the Syrian government. To wit, the number of fake chemical attacks in Syria went down to zero immediately upon the death (be it murder or suicide) of James Le Mesurier, head of the fake humanitarian organization White Helmets. It was as if someone flipped a light switch!

The last two instances of alleged chemical attacks against individuals—Sergei Skripal and his daughter Yulia in Salisbury, Wiltshire, UK in 2018, and the Russian opposition blogger Sergei Navalny in 2020—killed zero people. The link between the two cases is the alleged use of a fabled Russian (though actually Soviet) battlefield chemical weapon Novichok, and it is rather tentative because no evidence of it has ever been presented to the public. Until proven otherwise, it would be wise to assume that the shenanigans around Novichok are as real as the late Le Mesurier’s antics in Syria.

The intended use of Novichok is to instantly kill everyone around. Since in neither instance did this happen, we are forced to consider whether someone had bothered to contrive a way to deliver Novichok in nonlethal, minuscule yet readily detectable doses. It is doubtful that this is physically possible; Novichok is an unstable gas that results from mixing two stable ingredients by detonating an artillery shell or a missile. And then there is another question worth pondering: Given all the perfectly reasonable and reliable ways to kill a person, why on Earth would anyone even bother to do that? Since no answer to this question is forthcoming, we should assume that Novichok is of the same nature as mythical creatures contrived to frighten little children into behaving.