The Technological Revolution Devours its Children 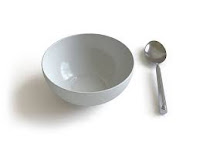 It’s been almost three years since I published my book Shrinking the Technosphere, and an astute critic might observe that it didn’t work as intended because the technosphere hasn’t shrunk. True, it was intended as an only slightly ironic how-to book, but then it isn’t known how many people bothered to read it and actually practice what I preach. It is possible to equivocate a bit on the point that the technosphere isn’t shrinking: for example, heavy truck orders in the US are down 81% from last year. These Class 8 trucks move the vast majority of goods in the US and this collapse signals a major slowdown across the entire economy.

So the technosphere may not be entirely thriving; but then it doesn’t seem to be particularly shrinking either. There is no shortage of techno-optimists on hand talking up newfangled technologies such as nanotechnology, biotechnology, molecular, cellular and nuclear technology, stem cell technology, tissue and organ farming, nanobiotechnology, biomimetics, nanobionics, nanotronics, not to mention the perennial techno-utopian stand-by’s of artificial intelligence, renewable energy, electric driverless cars and the internet of things. “A new technological revolution is at hand!” they exclaim. Fine, I say, but what’s the new, overabundant resource for this new technological revolution?

As the famous movie quote goes, “If you can't spot the sucker in your first half hour at the table, then you are the sucker” (From John Dahl’s 1988 film Rounders). Another famous quote, all the way back from the French Revolution, is “The revolution, like Saturn, devours its own children” (said by Danton at his trial). If you can’t spot the resource for your next technological revolution, then you are the resource. Look at all the previous technological revolutions. In each case, a new technology opened up for exploitation a new, superabundant resource: agriculture—arable land; mechanical spinning and weaving—water power; steam engine and steelmaking—coal; internal combustion engine—oil; artificial intelligence-based robonanobiotronics—still oil? Sorry, that's no longer overabundant by any stretch of the imagination. (If you said “renewable energy” then think again: wind turbines, solar panels and battery banks can’t be made or maintained without oil and natural gas.) Technology without a superabundant resource it can tap into is as useful as a spoon if your bowl is empty. The logic is simple: spot the resource; if you can’t, it’s probably you.

Let’s focus on what’s supposed to be the main pillar of the next technological revolution: information technology. Most of us have smartphones, laptops, store our data in the cloud and make use of abundant and free information resources—all the free apps you want, free blogging, free Youtube videos, etc. But what new resource has all this technology opened up for you, the user? The hardware costs you money (the average iPhone now costs around 800 USD) and the time you spend fiddling around with it is subtracted from all the other, potentially useful and gainful activities.

You could try arguing that having an iPhone makes you more efficient because you have all the information and communications technology you could possibly need right at your fingertips. That point is hard to deny. I recently recorded a radio interview for a radio station in upstate New York while strolling about among the potato blossoms on my field in the Novgorod region of Russia via the internet and a 4G connection via a tower in the neighboring village. That’s nothing short of miraculous, and it’s certainly efficient (my smartphone is 7 years old, fully amortized a long time ago and still as good as new now that I’ve replaced every single mechanical component, sometimes twice). But is it effective?

The smartphones are generally effective in making their users spend money that they may or may not have on things they may or may not need. All of the free access to information is paid for by collecting data on users (spying, basically) and using it to create targeted ads that turn users into online shoppers. Everything is highly customized: women look at pictures of shoes; men look at pictures of power tools. Both the shoes and the power tools, if purchased, will be used a few times a year at most, but the money will be gone forever. The limiting factor here, of course, is the resource, which is you: once your savings are depleted and your debts are maxed out, you are cast out into the howling wilderness roamed by various troglodytes—those the information revolution has already eaten as well as those who were never on the menu.

The information revolution makes efficient use of you, its prime resource. Efficiency is a measure of how few resources are required to obtain the required result (in this case, making sure that “the fool and his money are soon parted”). Effectiveness is a measure of how effective that result is. What Americans have been doing for the past 70 years has been more and more efficient (just look at the improvement in gas mileage!) but less and less effective. The all-time high mark for standard of living was set by white American suburbanites in the 1950s, when daddy worked at a factory punching holes in sheet metal and earned enough money to pay for a house and two cars and feed the whole family, a dog and a cat, while all mommy had to do was operate various labor-saving domestic appliances, pop out babies and take them shopping. It’s been a downhill ride ever since then.

How far downhill? Now many fewer children can only find part-time employment and can’t afford to start families once they grow up. Most of them live in their parents’ attics and basements. Many of them have been brainwashed into thinking that they don’t need to start families anyhow: you see, the planet is overpopulated already and anthropogenic climate change will cause everyone to go extinct in another decade or so, and therefore bringing more children into the world would be a cruel thing for them to do. They’ve also been conditioned to think that they are some “gender” or other than one of the three biological sexes (male, female, reject). This makes traditional mating rituals ineffective, impairing family formation.

This is both good and bad. It’s bad, especially from the parental perspective, because what’s the point of bringing up children that won’t have children of their own? It’s good, because if we find the perspective of evolving into free-range troglodytes unappealing and want to stay “on the inside,” where there will be less and less room as resources are consumed and depleted, then fewer people is what we want. (I am not sure who “we” are in this instance since that’s not a club to which I wish to belong.)

“But that’s not necessarily everyone’s fate!” you might exclaim. True, the more talented young people can move to where there are still good jobs, in cities such as New York, Los Angeles and San Francisco, where they spend most of what they earn on rent for closets and bunk beds to sleep in and the rest on gadgets. This gives an entire new meaning to the expression “on the inside”: the $1600/month bunk beds they inhabit are quite similar to the ones found in prisons. Will they be able to do this for the rest of their lives or will they suffer burn-out, get tossed out and join these cities’ burgeoning homeless populations?

If you don’t like the prospect of you and your children getting eaten by the technological revolution, there are things you can do to avoid that fate. There are ways of milking the technosphere for all it’s worth while rendering yourself inedible. The method is explained in my book.
Organizational announcement: comments have been turned off because of a high volume of spam. If you want to join the discussion, please do so on Patreon.