Arise, You Prisoners of Semantics! (Part 2) 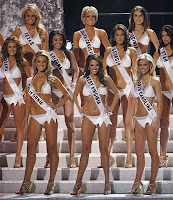 “A bad workman blames his tools” is a common enough idiom, which people often mistake to mean that tools don’t matter—only skills do. This is obviously wrong: tools do matter a great deal, and a good workman starts out with good tools and keeps them sharp and in good working order. Good workmen follow professional standards, both in the tools they use and in the objects they produce. When it comes to thinking, our main tool is language. It is very difficult to express complicated thoughts using simple languages, or to think well using a language that is flawed.

For example, pidgins and creoles, which evolve spontaneously in isolated communities lacking a common language, tend to lack concepts of time (past, present, future). Consequently, users of these languages find it very awkward to get across ideas such as whether someone might have said or done something had no one else said or done it previously. Research on an isolated group of deaf people in Nicaragua which spontaneously evolved a simple sign language showed that once temporal concepts were added to their languages their ability to recall the past and make plans for the future improved as well: language limits cognition.

Most likely, this is not a hard limit, and even limited expressive means can be stretched through effort. But since most people tend to be somewhat lazy it is to be expected that they will shy away from pushing against the boundaries of what their language can readily express. Just as importantly, most languages have certain safeguards built into them that constrain what they can express, blocking out large areas of physical impossibility, whimsy and illogic. These function as guard rails that keep your thoughts from going off a cliff. Languages that lack these guard rails do nothing to limit one from spouting spurious nonsense.

Pidgins and creoles aside, most of the major languages have evolved steadily over time, becoming ever more elaborate and refined, and by now all of them provide a very extensive toolkit for expressing constructive and creative thoughts. Although details vary quite a bit, most Indoeuropean languages (which account for well over half of the world’s speakers and an overwhelming majority of published texts) have a set of grammatical features that are obligatory: to say something, you have to make a choice of tense, mood, number, the animate/inanimate distinction and, significantly for this discussion, that most loaded of contemporary terms, gender. [2974 words]