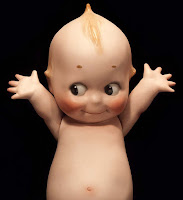 Even during the downward slide a temporary improvement is sometimes possible. For example, the US reached its all-time peak in crude oil production around 1970. After that, oil production declined for decades, with a minor, temporary improvement when production from Prudhoe Bay in Alaska went on stream in the summer of 1977, and a major one achieved using hydrofracturing technology and a very large and mostly unprofitable speculative investment.

If you still think that “fracking” is a game-changer, consider that the technique was pioneered by the Soviets back in the 1950s, but they determined it to be a waste of resources and have never used it. What made the Americans turn to this old and discarded technique was desperation: they had virtually nowhere else left to drill except in shale. While fracking has produced a temporary glut of both oil and gas, fracked wells deplete extremely fast, and thus the surge in production is going to be but a blip—an impressive one, but still just a blip—on a trajectory of overall decline.

But this, most likely, won’t even matter. If you look at other things that have recently peaked, are peaking now, or are likely to peak in the near future, there aren’t going to be as many reasons to burn oil in the US. If inexorable decline in crude oil production is paralleled by inexorable decline in other areas, then it will all work out nicely, at least in the sense that it won’t be an oil shortage that will be the main driver of collapse.

Instead, there are many drivers of collapse, and they are of two kinds: the waning of all that has so far prevented collapse from occurring, and the waxing of all that accelerates it. Let’s take a closer look.