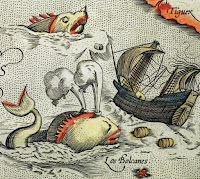 In his recent blog post, A Matter of Mercy, James Howard Kunstler compared the common state of mind of the USA to that of an Alzheimer’s patient. Themes pop up in the news and mass media mouthpieces wax hysterical about them. Then, abruptly, their mouth music stops, and thème du jour vanishes from view. “Russian meddling” in the US presidential election made a lot of noise; and then… crickets. Moving right along, there was an alleged chemical attack in Syria (of which there is still no verifiable evidence); therefore, “Assad must pay” (by having a handful of unused 30-year-old jets blown up). Awkwardly, only about a third of the very expensive Tomahawk cruise missiles manage to reach the target (the wrong end of an airfield). Even more awkwardly, the Russians take this opportunity to show off their previously top secret electronic warfare equipment. And then the story dies (just as the US refuses to authorize an investigation into the chemical attack). And then it’s on to North Korea. And so on, endlessly.

Kunstler makes the point that the national dialogue in the US is plumbing the depths of senility: disturbing images flash across the screen; some number of supposedly well informed and right-thinking people make loud harrumphing noises about them along the lines that “something must be done,” and then… nothing! That, indeed, is what we have been observing. But what are the root causes of this serial national amnesia? Even if it looks like senility, may this be just a symptom of an entirely different national ailment? After all, not everyone in the US is senile… A much better explanation is not hard to find. Let’s delve.