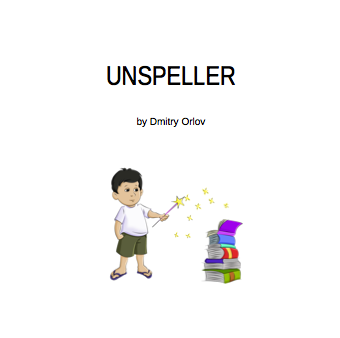 The term “rhotic” comes from the Greek letter Rho (ρ) which sounds like a trilled ‘r’ in Greek. How it sounds in English varies greatly, but has precious little to do with Greek, so I prefer to stay away from nerdy-sounding linguistics terms like “rhotic” and refer to the two forms of English based on what they sound like: growling (like a dog) vs. braying (like a donkey). These terms may seem unflattering, but they are accurate and evocative.

You see, during its evolution English got a bit growly, as its ‘r’ sound went from being trilled (it still is in Scotland) to being growled. (Linguists call that “retroflexion,” but if it's all the same to you we'll just call it “growling.) This is achieved by curling the tongue backward toward the throat. Because this is quite a trick and hard to do, some combinations of sounds got lost: “fur” and “fir” started to sound the same, and, in the process, English gained the delightful, musical new vowel “er”.

Some of this growliness was attested even during the time of William Shakespeare, and can be heard in the Original Pronunciation practiced by some Shakespearean actors. This growly sort of English is what got exported to North America, where it remained relatively unchanged by time. In the meantime, the English of England continued to evolve away from growling and toward braying: people started swallowing their r's. Some pockets of growliness remain, for instance in Ireland, while in North America some pockets of Englishized speech formed at a later date, giving us the “Hahvahd Yahd” of Boston.

Now, the important thing to understand is, whether you growl or bray, the ‘r’ sounds are still there. They are sometimes inaudible, but they are psychologically real, in the sense that they exist in your internal, mental representation of the English language. So it doesn't matter if the way you speak makes “farther” indistinguishable from “father” (sans pantomime, that is). What matters is that if you take “far” from “farther” and stick it onto “away” to make “faraway” the ‘r’ suddenly roars back to life because, you see, it is only silent before a consonant, not before a vowel. In linguistics this is called a phonological rule: a rule that we learn as children automatically and followed unconsciously. There are lots of such rules, and only linguists know about them. Sometimes the internal representation gets messed up a bit, and so many of the braying crowd say things like “the idear of.”

And so English of any stripe, growly or braying, can be unspelled with all of its r's intact. There are a few differences, such as the word “current,” which in the braying variety tends to be pronounced as “cut rent” with the ‘t’ silent, whereas in North America it's pronounced with the lovely vowel ‘er’.

Beyond that, most of the remaining differences between North America and World come down to the quality of ‘a’ in words such as “after” and “half,” which Unspell reflects, and troublesome words like “schedule” and “garage,” which just sound different, and so they have to be unspelled differently. There is also quite a bit of chaos in English having to do with ‘o’ sounds. There are lots of them, but most of the distinctions don't matter: you can speak English with the flat round ‘o’ of “O sole mio!” and everybody will still understand you and maybe think that you are Scottish. (Unspell does preserve to cot/coat distinction, which the Scottish also ignore.) Especially troublesome is the fact that in much of American Midwest the ‘o’ in words like “cot” has leapfrogged over into the ‘a’ camp and is now indistinguishable from the ‘a’ in “father.” Unspell does nothing about this problem because, after a thorough investigation, it has been determined that there is nothing to be done about it that would be helpful, except for enforcing a simple rule: ‘o’ is never unspelled as the ‘a’ in father (but it is sometimes unspelled as the ‘u’ in “cut” for words like “other” and “oven”).

Overall, Unspell carries across more distinctions than can be heard in any given type of English. Each accent specifically ignores some number of them: the English can't tell “father” from “farther,” the Indians “vet” from “wet,” and the inhabitants of parts of the Pacific Northwest can't tell the difference between “internet” and “intranet,” because they all sound like “innernet.” But if you pronounce Unspell the way it's written (no matter whether you growl or bray) you will probably sound a lot crisper and easier to understand than you would otherwise. This is called elocution, or good diction, and is generally considered to be a good thing. And this is something you, and your children, can get automatically, and free of charge (especially considering what it costs to hire a language coach!) simply by learning Unspell.

Oops. I ordered two copies of the first edition a few days ago. Perhaps I overestimated the time it would take to get the World Edition made. I guess I'll need to take to my new books with a correction pen.

It's just giraffe and

It's just giraffe and zebra and orangutan. The rest is fine.