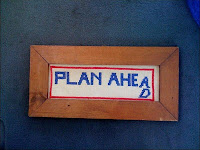 It's the first of the year, which is a traditional time for prognosticators to do some prognosticating. Since I have already explained at length why it is quite possible to accurately predict that something will eventually happen, but near-impossible to predict when it will happen (due to total lack of relevant data on which to base such predictions) I won't repeat myself here. Nor will I offer any predictions as to the timing of various stages of collapse. (I know that the USA will collapse politically, financially and commercially, but I don't know when; nor does anyone else.) Instead, I would like to point out what I think is unlikely to happen in 2013: I find it unlikely that this will be the year when the various elites running the show here (elected and unelected officials, academic authorities, corporations, think-tanks, mass media, etc.) will admit defeat: “The financial collapse of 2008 was the end of an era. What came before cannot be brought back. We have been pretending that it can be brought back for half a decade, but now we give up. Let's let the whole house of cards fall down, so that we can start over.” Do you see any of them rising up and saying something like that? I don't.

There are a few of reasons why everyone wants to maintain the pretense. The first is that they are out of ideas: a state of affairs that one writer characterized as turbo-paralysis. The second is that doing so would mean admitting defeat—a career-ending move that nobody wants to take until circumstances force their hand, which they haven't yet. A third, even simpler reason is that they want to continue spending their loot, and to do that they have to keep up the pretense that this loot, consisting as it does of nothing more than paper, is worth something. A somewhat more complex motivation has to do with the sorts of thoughts they are capable of entertaining. They are all highly trained and specialized in pursuing certain agendas: protecting a certain constituency, or sticking to well-defined set of talking points that elicit the intended set of reactions within an electorate that's been conditioned like so many Pavlov's dogs.

While it's still buzzing, don't expect official recognition of the problems we all face. Don't expect American society as a whole to mount a meaningful response to its challenges. Do expect it to continue to deteriorate. But I hope that you can do better than wait for the rich and the powerful to finish eating what's left of the country and the planet out from under you. That is why I wrote a book, which is being edited and is due off the press on May 1st, with the title “The Five Stages of Collapse: A Do-It-Yourself Guide.” Make a note of the subtitle. This book is meant as an antidote to life in the age of turbo-paralysis. I hope that it will give you some options. Maintaining the pretense isn't one of them.

[For those who are wondering: the book will be available for pre-order right on this blog. I will make an announcement when this happens. Of course, you will also be able to get it through Amazon (or the publisher), so that other people get your money instead of me. But if enough of that happens then I won't be writing any more books, since I don't see why I should work for free.]

Many times that I've tried to make changes toward sustainability, I've gotten beat down because the momentum of society is so great. The momentum persists for most things, including fads.

Mr. Joe, as Dmitri has said before, there will a dangerous period in which such attempts will run into greater enforcement of the status quo than formerly. So for the time being it is a matter of quietly diverting some of your negotiable substance into resilience in ways that do not draw (much) official (or even, if necessary, family) attention.

You forgot to add "When they are where they believe to be safe from harm."

Whether they actually are safe, is something else all together.

Risa's got the idea. Little things, every day. One place to start is driving less.

In mid 90's Kazakhstan people would say that they were no longer living - but just existing (существует). When the normal options for a satisfying or even sensible life are withdrawn from you, you can enter a holding pattern, waiting for the world to present you with some sort of way back to the life you would want to live. I want to cut a path forward to a true living - even though it has to be done through whatever stupid, muddlesome jerry-rig collapse we manage to tumble ourselves into.

Last night I won a bet I jokingly made back in June, that the Dollar would not collapse before Jan. 1 2013. That is the extent of my gamboling success record. And of course my friend doesn't have $500, so so much for speculating!

But for some reason I'm in a rare mood to venture into the future, today. Another good friend is fond of saying, "We could all wake up tomorrow and see the Light !!". I'm thinking it's going to take more than a moment to wake up. By definition though, we will not wake up in a metaphor (sinking ship). This happened to me last year when I and a friend got divorced. Six months later, I'm still re-inventing myself, but in a way I'm just starting.

You see, I'm not sure what I want to do, out of all the possible things I could do, with my new found freedom. (I have no children). I'm over-whelmed by opportunities. Poor Me! I haven't been working even though I do have a canoe to restore ($1500), so I don't have much cash. But I'm not freezing or starving, and have no debts. Since about Ronald Reagen, I lived on about $6,000 a year. Thus I have not contributed even a dime to the Military Arms Race. Thus I have stayed close to Mother Earth. Thus I have a Spiritual Base, and have not fallen into a really, really deep slumber.

What does it take for a majority to awaken from a really, really deep slumber? More importantly, What am I going to do?

Start by finishing the canoe.

I am really looking forward to that book. I think that you were right about those stages of collapse the first time. But, they might overlap just a little, some more than others.

For the curious non-Russian speakers out there, the literal translation is:

A fun article by a master on translation that is pertinent to why Gospodin Orlov's translation and mine are so different: http://www.tnr.com/article/books-and-arts/the-art-translation#

There is a chance the dollar will not collapse, and that we will not really experience hyperinflation. All that has to happen for a similar effect is for the current process of deflation to continue unabated, as less and less purchasing power is available to everyone who incidentally are also losing jobs and wages, as well as the BRICs or others moving to a different standardized currency.

The dollar will in fact most likely go up, and an illusion or pretense of normalcy will be maintained just long enough for the elite to fully suck every last drop of the gullible people's wealth until real critical mass is realized (not just several thousand internet addicts), at which point collapse happens.

I can easily imagine a politician saying in confidence, "Sure, what we're doing isn't working, but what else can we do? We can't just let everything fall apart!"

Here is my prediction, like Dmitry says, not necessarily for 2013, but eventually: The people in power will keep the status quo going as long as they possibly can. The corollary is that when collapse does occur it will be completely uncontrolled, because the people in power will have exhausted their capabilities.

Dmitry, I was sold on your book before, now I know the subtitle I really want it. I just hope nothing catastrophic happens in the next four months. If you could let us know when we can pre-order it on Amazon, that would be great.

Dmitri: As a non US citizen, I would love to buy your next book directly from you, but am unlikely to do so if this means it being individually shipped from the US, due to the additional cost involved. Should there be an obvious way to resolve this, feel free to let me know at the time. Otherwise I will likely purchase it on amazon or somesuch and send you a tip if a straightforward opportunity to do so presents itself.

I notice that you said you don't see why you should work for free. I don't either, but as Kunstler points out in his New Year post (albeit obliquely), the internet has destroyed Capitalism's engine. Built to undermine labor, by facilitating capital migration across borders, it has destroyed capital formation as well, such that, as in the internet, we will build it and they will come, but then they will succumb, leaving sucked-out dry husks. Our little scribblings amount to a miniscule portion of the internet, yet it is the subscribers to ISPs that provide the bulk of financial support that Industry uses, at a fraction of its true cost, to undermine the incomes of those same customers. That is the new paradigm no one has bothered to discuss: INstead of working to make their customers successful, because that will make them successful, Corporations now use them as a resource to stripmine: destroying them and then moving on to the next Target. You, I beleive inadvertently, put your finger on it: Everyone now works for nothing. And that was exactly what the goal was when the US strove to destroy the USSR: a reinstatement of slavery, because that is the basis on which Capitalism was built and the founding fathers intentions: to keep slavery legal in the New World, because the Old one, via the Somerset trial, had declared it "Repugnant to English Law", und unconstitutional.

There is a marked tendency to assume that internet content pops into being spontaneously at no cost, and that the only thing of value is the internet plumbing used to deliver it. Still, lots of people make money by putting premium content behind paywalls. I don't. Amazon is reasonable for ebook publishing (70% royalties) but not for paper publishing (10% royalties on a discounted sales price). I plan to make use of the author's quantity discount that the publisher offers and hire my own fulfillment warehouse. If that works for me, then writing books will become something more than an extravagant hobby and I might do more of it.

I have read your blog for years. It is a real treat, to be so isolated in rural Saskatchewan, but still be able to access cutting edge content and of course, your Russian humor. I would love to be able to contribute financially but some whatever reason, was too disorganized to order any of your books. Is there any easy way with the new (to Canada) electronic money transfers to do so? I pay for the newspaper, and it is fit for my wood stove and but i have never given you your due. I wounder if i am the only reader who feels this way.

A lovely thought! There is a "donate" button over on the right that uses PayPal. I'll move it up to make it more obvious.