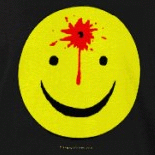 [One-year update: I posted this a year ago. Right now, the Secretary of State, the Head of the Joint Chiefs of Staff and other American top brass are in Mexico City trying to spin this. Let's see if any of what I said a year ago needs to be revisited.]

You mentioned Americans losing hope... There's a huge amount who don't even know they should be hoping for anything. I wonder what percentage of America is just blissfully unaware?

I like your comment about American life causing so much pain that it essentially requires medication. I think of this every time I see a homeless person. They may not have access to pharmaceuticals effective for their level of pain. Virtually everyone I know takes anti-depressants now,for a variety of ailments including anxiety, depression, ADD, OCD, and so on. Most of these are just normal variations of mood and character, I think. But a pathological society pathologizes everyone, so that we're too numb to rebel.

I miss those days and yet many people look back at this period with shock and horror.

Well that's how I look at this period and its mania for locking not only people but young people up and issuing long life destroying sentences for what? Victimless crimes.

For some reason these behaviors inflame people and politicians exploit and pander to people's fears. In this way bad laws are made and in doing this they lay down the foundation of a police state.

22 years ago William Burroughs appeared in the film "Drugstore Cowboy" with Matt Dillon. The old man played a drug addicted reprobate x-priest. Right up his alley.
Quoting him from the film, he said, "I predict that politicians will use the hysteria about drugs to set up an international police force."
Well, he was right...

Is America truly the land of the free?


Once a man discovers he has enemy does he immediately react hastily or does he devise a plan, assess his alliances, and prepare for battle? Many of us out here who truly believe that African-Americans, Hispanic, and poor Whites do not share the same enemies in than I implore you to go read "The New Jim Crow," by Michelle Alexander.

Why is "the land of the free" the home of so many incarcerated people?

Notice no EU countries on the top 10 list? - We should pay close attention to how the governments there consider the welfare of their people more than corporate earnings.

If you are ready for the truth please read this article in http://pureblacktruth.wordpress.com it's called the “The New Resurrected,” you will not be disappointed.

I don´t know if Mexico will become a quiet backwater. Generally ther will be less violence, but illegal drug trafic (as long as it is illegal) breeds all kinds of corruption in society. A few months ago I heard of bars where zetas came and closed and took wichever girls they liked with the. Yes there will be peace but in many cities and towns we will be quiet and bullied people as narcs get more and more into other ´´buisness´´.

And notice that Cuba isn't on the top ten list either, not just the EU...

The last two points had me giggling at work. I love the Russian gallows humor, God help me.

As your only reader in Mexico (as per the "geovisitors" feature)(I am an American) I feel compelled to respond to your post. While the article describes the effects
of the drug war in the United States, it makes little mention of the war in Mexico.

Mexicans from all walks of life (from what I have seen, and the many people whom I've talked to)
feel embarrassed for their country, slightly frightened (at the destabilization of their country), financially troubled (tourism levels have significantly dropped), and angry at F. Calderón/PAN for plunging the country into a what cannot be called anything less than a full fledged domestic war.

The north of Mexico has become a slaughterhouse in urban areas,
and in the state of Michoacán, violence has spiraled to unprecedented levels with many people brutally murdered. A tragic corollary is an increase in the violence against women, in the form of beheading, torture, and severance of body parts after death.

Yet the narcotics trade has enriched Mexico with an influx of billions of dollars in foreign currency. This money provides employment and lucrative opportunities not otherwise available to extremely poor farmers and workers. An entire "narcoculture" has emerged (complete with patron saints) and will not disappear quickly. In short, the narcotics economy here is extremely complex, changes quickly with extreme violence, and is intricately intertwined with the "legitimate" economy. As such, some of your points are in danger of being gross oversimplifications of what is in reality a damned knotty problem.

From the view down here, a few of your criticisms are not quite true:

1."As the federales grow weak in the US and Mexico, the battle lines will advance north of the border, leaving Mexico a quiet and largely intact backwater"

I would disagree. The United States has so far proved to be quite effective at keeping the worst effects of the drug war from beyond its borders. As I stated above, Mexico has been turned into a battleground, not a "quiet backwater," and without a change in US policy in regard to illegal drugs/the narcotics trade it will remain so.

2. "This is an inter-US conflict, because Americans are the most avid consumers, sellers, and prosecutors of drugs"

Again, the US "drug war" has destroyed urban communities in the United States (see Baltimore, Philadelphia, Chicago, Oakland, Albuquerque, St. Louis, et al), but has left the majority of the country somewhat removed (but not untouched) from the worst effects of the "war." I would like to again posit that US authorities will continue to prosecute the drug war away from the majority of the population and in a foreign country where the worst violence is barely reported to the US populace.

Not to kick a dead horse, but "collapse" will not be confined to the contiguous borders of the US. In Mexico, collapse is (and since the imposition of NAFTA) already in progress and will continue to affect the security, economy, and society of the US.

Per capita incarceration rankings would help tickle these ideas out.

Here's a wikipedia List of Countries by Incarceration Rate. USA is #1 both by rate of incarceration and by by total prisoner count.

Everyone else is either (1) there out of desperation, (2) there through coercion (same thing), (3) underaged, or (4) some combination of some or all of the previous.

I am not going to say I'm a saint who never looks at the stuff. I've been isolated for the last five years, have zero hope of finding a new sexual partner (much less a full-blown boyfriend or husband) anytime in the near future, and hey, I get frustrated occasionally.

But I don't pretend there are never any victims. I'm not stupid. Or heartless.

Ditto for prostitution. In fact let me go ahead and put this idea out there: just because YOU like it doesn't mean it's not hurting anyone. If that's how we gauge a "victimless crime," count me out.

By the way, drug use isn't always a victimless crime either. In case you didn't notice, people don't get high in a vacuum. I was in the Army for a few years and raised by alcoholics before that. I know from being affected by other people's drug habits. I lived it.

I'm not saying everything should be banned. I have no opinion either way because, except possibly for caffeine (it seems to prevent major migraines for me), I can live without recreational drugs. I'm sorry that some other people think they can't, but gee, that's really not my problem. I can live without drunk drivers and abusive parents and drunken rape attempts. Thanks anyway.

(And no, before anyone wonders, I'm not a humorless harridan who faints at the thought of sex. Just the opposite, actually. OK, actually, sometimes I'm a harridan. But it ain't a permanent condition.)

How can the banking system lose the war? They have morphed so that what is now the apparent system is bankrupt, knowing that the taxpayer will fill the coffers again. But the capital within has been withdrawn from tax payer control. It still exists. To the extent that the "other side" uses banking and they do, they will lose it all whenever the sytem wants that to happen. Those who do the work: grow and distribute are "saving" money for when they retire. Sound familiar? Same OPM system, different clientele. Those with cash will still have something until the physical currencies are changed.