When the Pot Boils Over 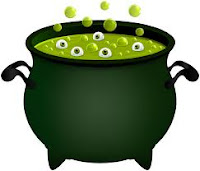 “A watched pot never boils,” an old saying goes. But does a watched empire never collapse? Hardly! All empires collapse eventually—no exceptions. Once an empire starts heading toward collapse, the watching can take quite a bit of time, especially if no new, rising empire is ready to take over. The event to watch for is when one collapse-related event immediately triggers the next, and the next. This tells us that a self-reinforcing collapse feedback loop has taken shape and that the process of collapse is picking up momentum—no longer driven by long-term trends but by an internal logic of its own, although certainly helped along by external shocks, some more significant than others.

A particularly significant shock to the system arrived just last week, on March 6, 2020. The system in question is the petrodollar system which has allowed the US to suck resources out of the rest of the world, keeping itself fed, clothed and fueled up simply by issuing debt. Why specifically focus of oil? In his excellent report “Oil from a Critical Raw Material Perspective” Simon Michaux writes: “Today, approximately 90% of the supply chain of all industrially manufactured products depend on the availability of oil-derived products, or oil-derived services.” Without oil nothing gets made and nothing moves. But oil is a finite, nonrenewable resource, and that’s the Achilles’ heel of an empire built primarily on controlling the international market for crude oil by issuing debt.

What happened last Friday is that the Russian Energy Minister Alexander Novak declined to extend Russia’s agreement with OPEC, in effect since November 30, 2016, to limit production, keeping the price of oil from crashing while allowing shale oil producers in the US to increase production and, theoretically, take market share away from OPEC and Russia… except that neither OPEC nor Russia have enough spare capacity to significantly increase their market share in any case. This agreement will remain in effect until the end of March, and in response oil futures crashed immediately following the announcement, with the Brent benchmark currently priced at just $36.87/barrel, whereas at the end of last year it stood at nearly $70/barrel. Leading the way, Saudi Arabia announced that it is doing away with all voluntary constraints on production while granting discounts to its most important customers. Why do Russia’s and Saudi Arabia’s decisions indicate the beginning of the end of the petrodollar? The answer to this question is well in hand but isn’t particularly widely known—yet—and, given how reticent and bashful Western media has become in divulging unwelcome news, perhaps never will be.