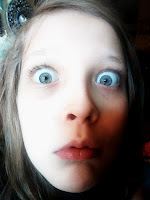 Since I've been asked (repeatedly) to comment on this topic, I will, but since I am not a public health expert I will keep it short and stick to what I know for certain.

As of this morning there have been 93 cases of individuals with COVID-19; five of them have recovered; 109939 individuals have been tested out of a total population of 145 million. That's 0.00006% of the population infected out of 0.075% tested. Most of those who have become infected with it experienced mild flu-like symptoms, or none at all. Zero patients have died.

The response has been quite thorough, with the goal of preventing an epidemic. Schools and many public venues are closed. Border crossings are closed. Citizens being repatriated from COVID-19 affected countries on charter flights all land at a single high-security airport terminal and are being tested and quarantined. Everyone affected who cannot work is given automatic paid sick leave. That's in Russia.

Overall, what people need to understand is that for most of them getting infected with this particular coronavirus (which is one out of many in circulation) would be a nonevent. This one is present in bats (which don't get sick from it) and was most likely spread to humans through accidental contact with bat guano.

Based on the experience in China, which has by now largely conquered this epidemic, some people—especially the elderly, the chronically ill and those who smoke—may develop shortness of breath, in which case putting them on oxygen can help. Out of these, some develop complications such as respiratory failure and sepsis and die within hours (without treatment) or days (with treatment). In them the virus impairs the immune response within the lungs, which then become infected with bacteria and/or fungi that are normally present elsewhere within their bodies or within their environment. Placing such patients in intensive care is a desperate measure that doesn't necessarily save them.

Of course, if you happen to live in a country that was about to collapse anyway, this coronavirus could very easily do it in, but so could any other cough or sneeze. The first stage of collapse, out of a total of five stages, is called...

Oh, and in case you are wondering, running out and stocking up on toilet paper in response to a coronavirus threat is a symptom of an entirely different disease which can very well turn out to be fatal. Most curiously, it seems to affect the cerebral cortex via the rectum.