Thanks to all the feedback I received for the previous iteration of the design, it is much improved. 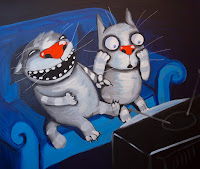 After a year and a half of silence, accompanied by much media noise, from the Mueller investigation into Trump the Terrible’s collusion with the Russians (and their lord and master the Dread Pirate Putin) in order to steal the election from innocent young Hillary “twinkle-toes” Clinton, Mueller finally laid an egg. He indicted 13 Russians for identity theft and wire fraud. He alleges that they bought some stolen personal info (Social Security numbers, names, birth dates, etc.) on the internet, used these to set up PayPal and Facebook accounts, and then used these to buy Facebook ads in an effort to undermine the American people’s faith in the wholesome goodness of their democracy.

There is, however, ample evidence that this indictment will go nowhere. 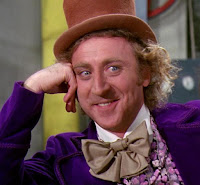 No one has ever claimed that it is upstanding, sportsmanlike behavior to tell lies. Outside of some very special occupations—spy, special agent, etc.—lying is almost always a manifestation of failure. Even in its relatively innocuous forms, such as braggadocio and puffery, showboating and grandstanding, it is a poor substitute for having a favorable truth to tell. Then there are the various types of dissimulation, misdirection, concealment and omission; whether motivated by the wish to spare someone’s feelings or to avoid a scandal, the decision to lie is rarely a happy one. Finally, there are those who produce and circulate false and misleading information. When society functions normally, such people are caught, sooner or later, their reputations are ruined, their careers are terminated and the damage they caused is repaired. In a normally functioning society, enough of its members have a solid grasp of facts, are able to reason logically, and have sufficient faith in journalistic and other professional ethics, in the impartiality of public officials, and in the scientific method, to allow them to believe that truth does exist and that they are capable of obtaining it.

But such normal, stolid, matter-of-fact forms of social behavior seem a bit boring, perhaps even fuddy-duddyish, and are unlikely to hold the attention of modern smartphone-addicted whipper-snappers. Wouldn’t it be a lot more popular, modern and fun if the manufacturing of lies for financial and political gain become an accepted form of public behavior?

During the decade or so we have spent living aboard, we went through a succession of methods to keep the cabin warm during the cold months. On our first journey south, we cast off from Boston in mid-October, the day before the marina would have kicked us out because we hadn’t signed a contract for winter dockage. We progressed south rather more slowly than we had expected, and made it as far as Charleston in early December. There we decided to overwinter, and proceeded further south three months later. When we first set off, all we had on board was an electric space heater, plus a propane heater powered by 1 lb. camp stove canisters. We went through a large pile of these. The electric space heater only worked when we were tied up at the dock and plugged in to shore power. While under way, we tried to keep warm by burning propane. But propane generates a lot of moisture as it burns, causing the entire cabin—the clothing, the bedding, everything—to become dank, robbing the body of heat, while the moisture in the air condensed on the underside of the cabin top, causing it to literally rain inside the cabin. (There are few things more disagreeable than an intermittent cold drip on your head as you are trying to sleep.) 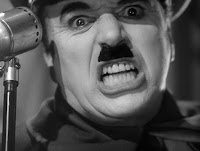 Once upon a time, in what many people now reminisce about as “the good old days,” there were just two reigning ideologies: capitalism and communism. Capitalists believed in the sanctity of private property rights, the magic ability of money to be the measure of all things, and in the mystical invisible hand of the marketplace for finding optimal solutions to economic problems. Communists believed in the power of communal property, the ability of rational, objective scientific methods to be the measure all things, and in the power of central planning for finding optimal solutions to economic problems. Both of them fail, eventually, and have done so at various times. Capitalism’s great failure was the Great Depression; communism’s great failure was the collapse of the USSR.

There are some patterns within this general framework of failure. When communism fails (as in the USSR, and, in economic rather than in political terms, in China, Vietnam and elsewhere) it reverts to capitalism (while trying to retain a few communist elements). And when capitalism fails, the capitalists go to war, and the result is fascism. 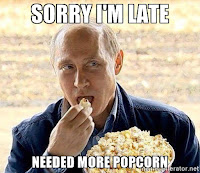 Would you like to take a break from watching financial markets crash, US security and law enforcement agencies destroy their reputations while perjuring themselves and Trump making a fool of everyone including himself? I know it's a lot to ask. A joint financial/political collapse extravaganza complete with scratch-and-sniff cards is not one to miss. But in case you can bare to look away, or just need a break, here's a blog post about the gradually progressing design of Quidnon—a houseboat that sails.

I once made a cockpit awning. It was a fiberglass-over-plywood affair. Not only was it a cockpit awning, but it also could have been pressed into service as a mediocre paddleboard, a bus shelter for small children and/or midgets, a roof for a tiny gazebo, a protest sign, a miniature frog pond and, of course, a planter. It turned out to be a universally useful/useless piece of crap, depending on how you looked at it.

It started well. I used 1/16-inch Luan for the top and narrow slats of 1/2-inch for the frame, which I cut to gentle curves that made the top into a cold-molded conic section with just a tiny bit of spherical distortion for added stiffness. I filleted the inside joints, sealed the plywood with epoxy, fiberglassed and faired the top… and then I tossed it. Actually, I gave it to some artists, thinking they might use it for some sort of art installation. It didn’t make that good a cockpit awning: too heavy, too difficult to mount securely, plus it added too much windage aft. I didn’t think it would survive a hurricane (unlike the hard dodger I made earlier, which survived passing close to the eye of Hurricane Matthew with no damage).

I did most of the work on sawhorses on the floating dock at the marina. All of the other marina denizens, who mostly just sat on their boats and got drunk, were rather enthusiastic, and a few even tossed some business my way, fixing stuff on their boats. But the marina staff were less enthusiastic, talked about made-up “customer complaints” and eventually exiled me, together with my sawhorses and tools, to a windless, gravel-paved back lot, where I worked roasting in the sun. The hostile work environment probably had something to do with the project’s ultimate failure, but mostly I blame myself, for not spending enough time on the design phase.

There are plenty of designs that are specifically useful for their stated purpose, but are otherwise completely useless. In this category are special-purpose tools, like the egg slicer or the lemon juicer. Yes, they make short work of slicing hard-boiled eggs or juicing lemons, but beyond that they just add clutter. In a pinch, both can be used to prop open doors and windows, and the egg slicer makes a tiny out-of-tune harp, in case you are ever in need of a really pathetic sound effect. But that’s it.