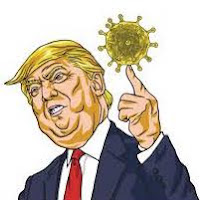 With all the ink being spilled over the topic of SARS-Cov-19 and COVID-19 and its various ramifications and effects, you might think that there is little to add. However, I am yet to see an article on the coronavirus as a test—not in the sense of a test for the presence of the virus or antibodies to it, but it as a test of us, as individuals, families, communities and entire nations. Already we see its effects range from relatively benign to unmitigated disaster. As always, to blame the test for one’s failure to pass it is to invite laughter at one’s own expense.

Those likely to flunk a test may prefer to refuse to take it. But refusing to take the coronavirus test is hardly an option. According to many epidemiologists, around 80% of the world’s population will eventually be exposed to this virus. A Machiavellian prince ruling over a primitive society that doesn’t have even a rudimentary public health care system could simply ignore it. Then, based on the presently available, inconclusive numbers, somewhere around 4% of the population will die, but the majority of them will be either old, sick or both. The prince would welcome this, thinking that old and sick people are a burden, so good riddance! He might even try to make some political hay out of the situation: since the virus has a foreign source, those it infects are also somehow foreign, or foreign-influenced, and therefore traitors who deserve this affliction as a sort of supernatural punishment. Referring to SARS-CoV-19 as “the Chinese virus” is very much along these lines.