Arise, You Prisoners of Semantics! (Part 3) 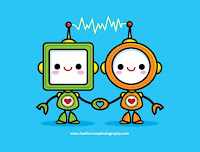 Language is the tool that we think and communicate with. This makes it pretty important. There are some ideas floating about that make our choice of linguistic tools irrelevant. Such as: people are people, whatever language they speak is whatever language they speak, they all have the right to free self-expression, and they have the right to express their opinions, based on whatever it is they thought up, by voting. But there are differences between languages, just as there are differences between a penny whistle and a kazoo at one end of the spectrum and a concert piano at the other. Consequently, the classical repertoire is replete with piano concertos but there is a dearth of them for penny whistle and kazoo. But language has far more important uses than making beautiful music: it is the medium used for thought, deliberation and decision-making.

Just as a concert pianist doesn’t spend a great deal of time thinking about which finger to run over which key, letting the music take his hands where it wants to, so too we let our language carry our thought forward in a way that is largely automatic. The specific features of the language we speak influences the thoughts we think. It is possible but difficult to go beyond what our language can readily express through the use of special terminology and awkward, labored phrasing. On the other hand, it takes no effort at all to run roughshod over distinctions which our language does not enforce. When people start to ignore some nicety of grammar, they may at first sound uncouth and uneducated, but once the trend runs its course everyone forgets what any of it was about. But what in fact happens is that the voices of countless generators of our ancestors are suddenly and permanently silenced. They had evolved this or that grammatical category or feature through trial and error, and preserved it over thousands of years because it conferred advantages on them—and us—by enabling us to think higher-quality thoughts more or less effortlessly and automatically.

This is a horror story in which the loss of one small but vital grammatical distinction leads a certain part of humanity to be conquered and dominated by machines to such an extent that they forget what it means to be human, or an animal, or alive.