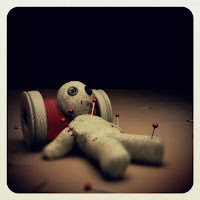 A friend of mine who lives in South Carolina was admitted to a hospital with cholecystitis (inflamed gallbladder). Her condition was severe enough that the ER physicians recommended immediate surgery. Tests showed her to be anemic, and so she was given an IV prior to surgery. In the process, she was asked what sort of health insurance she has, and she was foolish enough to actually answer the question instead of saying something like “I feel too sick to handle paperwork.” She has no health insurance because there are no options available in her state that would be affordable to her. She was discharged and out on the street a few minutes later with a prescription for a pain medication that is available without a prescription. She has been in intermittent pain ever since. If her gallbladder bursts, she will die. If she dies, her three children will become wards of the state, costing the state many times what her gallbladder surgery would have cost. You may feel free to conclude that South Carolina is run by idiots, but as we shall see the problem is much bigger than that.

Meanwhile, a mere half a planet away, another friend of mine got caught up in a street fight somewhere in Russia and ended up with a concussion and a broken bone. He was checked into a local hospital, where he convalesced for two weeks. He was provided with all the necessary treatments, including radiology, minor surgery, a cast for the broken bone, pain control medication, a regular change of bedclothes, three meals a day, TV time and internet access. He is not a Russian citizen and his knowledge of Russian is fragmentary, so the doctors and the nurses got to practice their English. He had an expired foreign passport with an expired Ukrainian (long story) tourist visa but nobody cared. He had no health insurance of any kind but nobody batted an eye. Upon discharge he was made to pay 8500 rubles (around 150 US dollars) which he did quite happily.

A third friend of mine takes medication to control a certain common medical condition. It’s a rather old medication; the patent on it has expired and a doctor who had diagnosed the condition and prescribed it said that if push came to shove he would start synthesizing it in his kitchen out of common inexpensive ingredients. The production cost is much less than one US dollar per daily dose. The cost of this medication in the US is around $650 for a 30-day supply, and that’s a negotiated price for someone who has medical insurance. Someone living in the US without health insurance would have to pay some arbitrary amount, or travel to Canada or Mexico and pay… around $30 for a 30-day supply.

The pharmaceutical company that makes the drug simply pockets the $620. In my friend’s case, her health insurance is provided by an agency of the State of Massachusetts, MassHealth, which was the prototype (called “Romneycare” after the then-governor Mitt Romney) for the grossly misnamed “Affordable Care Act,” a.k.a. “Obamacare,” which the US Congress has been forever struggling in vain to repeal. The good thing about MassHealth is that my friend gets her medication for a ten-dollar copayment; the state’s taxpayers pay the other $630 straight into the coffers of the pharmaceutical company. The bad thing about it is that it is slowly but surely bankrupting the state: MassHealth is the biggest item in the state budget, and Massachusetts is one of the three US states that are the farthest in the red, alongside New York and California.

My friend has recently moved back to Russia, which imports this medication from a company headquartered in New York, and the cost of this medication in Russia is… around $30 for a 30-day supply. I haven’t researched the exact details, but it is most likely that at some point Russia’s health ministry (Ministerstvo Zdravokhranenia, or Minzdrav for short; literally “Ministry of Health Protection”) looked into the details and told the pharmaceutical company that it will either get X dollars—or, if it likes, it can instead get zero dollars and a local pharmaceutical company will make the stuff under a government contract. (To be sure, X was set below what the government contract would have cost; if it were not, import replacement would have become profitable.) The pharmaceutical company headquartered in New York then decided that some money is better than loss of market share, a soured relationship with the mighty Minzdrav and no money at all.

And, apparently, just like Russia’s Minzdrav, Mexico’s Minsalud and Canada’s Health Canada are no slouches either. It’s much the same the world over: since patients have no ability to negotiate with doctors, hospitals or pharmaceutical companies (with very few exceptions) the government is forced to step in and negotiate on their behalf. Bad governments are bad at it, making patients and doctors hunt around for scarce drugs. Good governments do a good job, keeping prices low and availability high by subsidizing domestic production and maintaining a credible threat of import replacement.

There appears to emerge a theme: health care in the US seems to be pretty much fucked in all sorts of different ways. Indeed, statistics bear this out: the US ranks dead last among developed nations in every single health care category with one exception: cost. Health care costs in the US consume 17% of GDP. In spite of this ridiculous level of health care spending millions of people have little to no access to health care; for example, fully a third of the population in the US has no access to dentistry, with the possible exception of extractions performed at free clinics. Furthermore, the manner in which health care is apportioned makes no strategic sense: vast amounts of money are spent on a minority of very sick, mainly elderly people, with little left over for prevention. Of the people who do have access to health care, many find it financially ruinous, with “medical bankruptcies” the leading cost of personal bankruptcy. All of this begs a rather obvious question: What the fuck is going on here? Let’s look for some answers… [4779 words]