First title from Club Orlov Press has been released 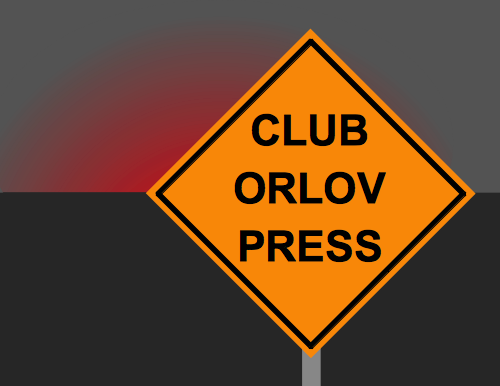 Club Orlov Press is a fledgling publishing company whose mission is to mitigate some of the drastic changes that are unfolding in the world around us, and that are affecting all of us in some way, by producing transformative books based on the author's personal experience. Unlike the traditional book publishing model, in which everyone at the publishing house draws a nice salary while the author gets paid a pittance, with us the author gets to keep more than half of the cover price. We achieve this by using the latest print-on-demand technology, free software, a streamlined editorial process and zero office space. You can help our venture take off by ordering a copy of this book, and by spreading news of it among your circle of friends.

This book is a collection of the best essays from Ray Jason's popular "Sea Gypsy Philosopher" blog, which now has readers in over 130 countries. Although he deals with controversial subjects, Ray approaches them in a calm, measured manner and avoids strident rants. His highly readable meditations begin with a poignant vignette from his travels. Some of the volatile topics he addresses include: predatory capitalism, television, American imperialism, religion, the downside of civilization, possible societal collapse and many more.

My friend Ray calls himself a philosopher, but he is more accurately described as an artist. As you’ll discover, he has achieved remarkable artistry in juggling knives, torches and bowling balls; I hope that you’ll also enjoy Ray’s gifts as a prose artist and a poet in the pages that follow.

More significantly, he has perfected the art of living, reducing his physical requirements and thus his budget down to bare essentials, encapsulating them all in his modest but very capable sailboat. Doing so has given him the freedom to spend his days sailing around an idyllic and pristine tropical archipelago, anchoring wherever he pleases for as long as he pleases, communing with the locals both animal and human, rowing ashore to pick fruit, going for a swim, or sitting up on deck, his back against the mast, composing these essays with a clipboard and pen.

Ray was anchored next to us for some of the time we worked together on this book, and I saw for myself just how closely his deliberate, well-paced, contemplative way of living approximates the ideal of personal freedom. This freedom has given Ray the time, mental and physical space, and the perspective to focus intensely on the multitude of predicaments that beset the world, such as nuclear self-annihilation, runaway climate change and the steady morphing of the U.S. into a police state. Most people, who endlessly sail their little dinghy around the three racing buoys of work-shopping-home, have neither the time nor the mental fortitude to adequately consider such matters, never mind respond to them with anything more constructive than anxiety and compulsive shopping for “survival” goods.

But Ray has been able to formulate and execute a plan: in almost any worst-case scenario, he and his boat will be nowhere to be found—for a while—and then drift back once the dust settles. More than two decades spent living aboard and single-handing his way around the world's oceans have prepared him for just about anything. As they say, don't try this at home, but I do hope that Ray's example inspires you to try something—anything—that won't leave you treading water, waiting for a helpful shark to drop by and put you out of your misery.

It seems that a measured, well-paced life in a serene setting, combined with the option to relocate to any one of 139.7 million square miles of ocean, has given Ray the ability to handle with equanimity and poise topics that fill most of us with trepidation, and to offer you an alternative, not just for some distant future, but, if you choose it, as soon as you like. What’s that alternative? It is to join Ray's Sea Gypsy Tribe and get ready to sail away from trouble. If his vision strikes you as romantic, then that's because Ray is a romantic, following in the footsteps of Emerson and Thoreau.

I hope that you thoroughly enjoy these most extraordinary lessons from a most extraordinary being. And I hope that they will help you move in the direction of living a life that is less ordinary. Maybe it will even inspire a few of you to accept Ray's advice, move aboard and sail off, in which case Ray and I might see you out on the water.

About the author:
Ray Jason has enjoyed a contrary-to-ordinary life. After receiving his Political Science degree, he was drafted and served in Vietnam aboard an ammunition ship. This experience convinced him to avoid the "real world" as much as possible. He achieved this by spending the next 20 years juggling torches, knives and bowling balls on the streets of San Francisco—with considerable skill, prompting San Francisco's Mayor to declare July 17, 1981 Ray Jason Day. He has spent his recent years as a sea gypsy—wandering the wide waters in search of adventure, serenity and philosophical insights. 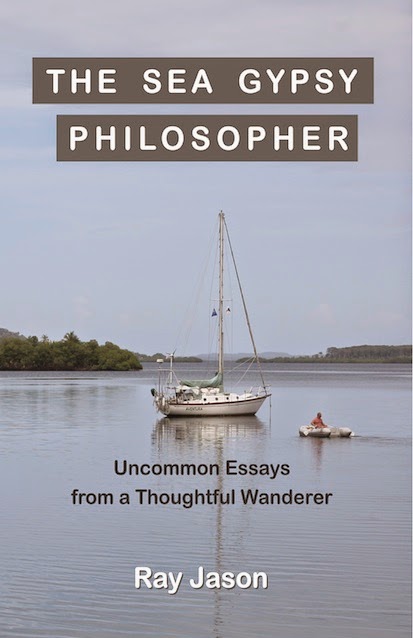 What a super inaugural offering. And very appropriate to your presses stated theme. Congratulations to both author and press. Here's to many more.

Cool. Would you be accepting "how to" documents for publication? Like how to do this or that to improve your life during and/or post collapse?

Yes, but it can't be about something you yourself haven't tried, and possibly failed at, because there is a lot of comedy potential in failure, and in turn funny books sell better. Also, it would be better if these adaptations made sense already. It's a bit early for how-tos on manual typewriter or rotary dial phone repair.

Just bought it. Looking forward to it! This new project of yours nicely dovetails with my news diet. Reading long-form, hard-copy books is helping to wean me away from my dismal habit of clicking every bad news link on the internet. Soon I'll have a respectable library again.

A fine choice to start with Ray. His extraordinary way of living is a fine inspiration to all of us. Ray's blog, THE SEA GYPSY PHILOSOPHER demonstrates by having fewer things we may actually wind up having more happiness. Good of you to share Ray with the world Dmitry!

Congratulations to author and publisher. I enjoy reading Ray's blog. How about an e-book version? I am trying to follow Ray's example and cut down the amount of physical stuff that I accumulate, and one aspect of that is that I now choose e-books over paper books if I have the choice.

I'm waiting for Club Orlov Press Editions (COPE) to release "Post Peak Medicine" as a printed title. So get on with it, postpeakmedicine. I've read some of your guest posts. You can do it, and we need what's in your head mate.

COPE - Helping you cope in our crazy, collapsing world.

You could purchase it and then give it to your local library. I don't buy e-books because you generally forgo your ability to resell it.

Ien in the Kootenays said...

I live to grow things, so the gypsy life style is not for me. However, I love knowing he and others of like mind are out there. Wishing author and publisher all the best.

Terrific choice! Ray lives what he writes, and writes what he lives.

I just ordered... this will make a nice birthday gift. Thanks